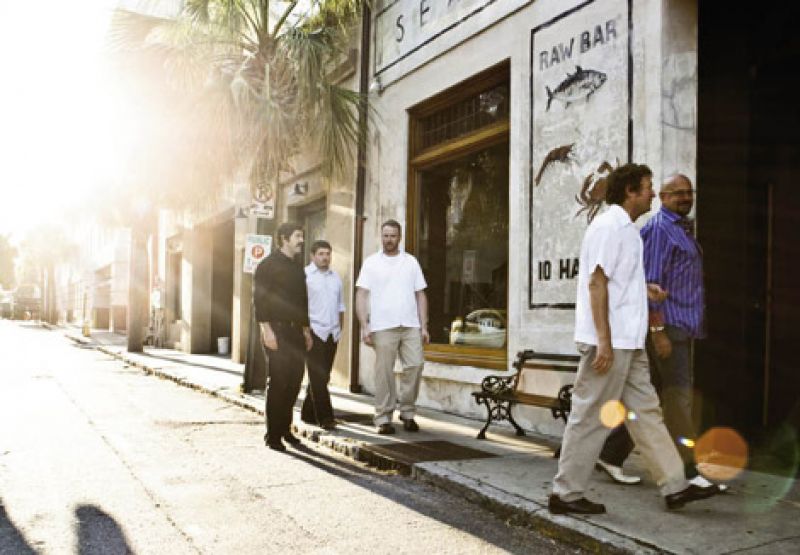 A chef spends his nights in a sweltering kitchen filled with the cacophony of pots and pans, continual motion of multiple moving bodies, and never-ending parade of plates. So last spring, Peninsula Grill executive chef and partner Bob Carter and Hank’s Seafood executive chef Frank McMahon invited 11 culinary comrades over for a rare evening of fine wine and fabulous food away from their restaurants. With the promise of relaxation and camaraderie just one week before the rigorous four-day Charleston Wine + Food Festival, they accepted without reservation 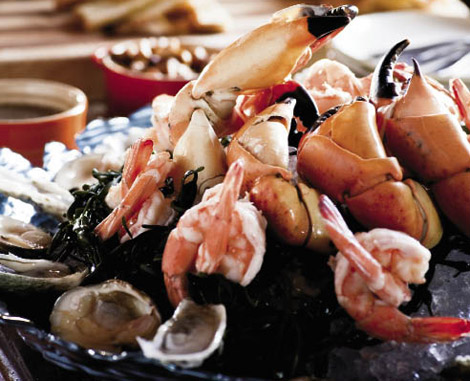 The chefs grab beers and hit the hors d’oeuvres, gathering round Frank’s heaping platters of local seafood and bragging about fishing—who caught what over the weekend. They gravitate to the local petite clams and meaty stone crab claws, true treats in this abundance. For more than an hour, they slather Bob’s rillettes on crusty grilled bread and fork pickled cherry tomatoes and foraged chanterelles, the conversation moving from food and whiskey to molecular gastronomy and boats. After a grueling week at work, they’re typical chefs unwinding—sipping suds and talking smack. 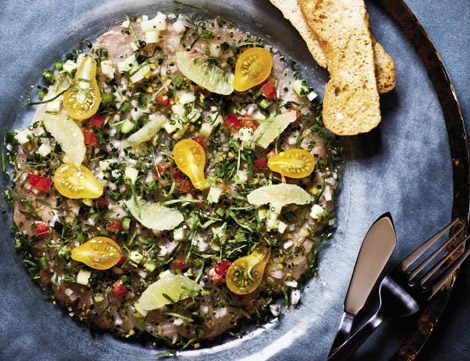 Bright with a confetti of pear tomatoes, lime supremes, lemon zest, minced shallots, and snipped chives and finished with a spritz of lime juice and truffle oil, Frank’s carpaccio of swordfish sparkles on the plate and the palate. 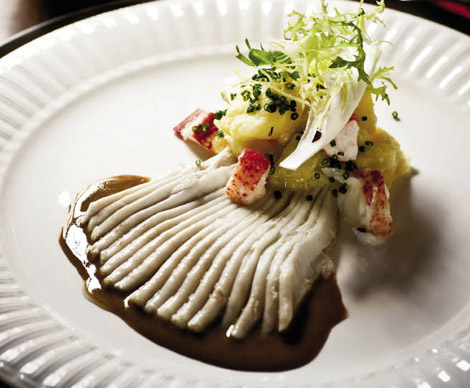 Frank’s Le Bernardin background shines strikingly in this dish, which is pure simplicity in concept—fish and potato salad—but absolute sophistication in rendition, with beautifully executed “fingers” delicately cut
from the skate wings. Dressed with a lobster and grain-mustard vinaigrette and garnished with frisée, it is a dish to be celebrated. 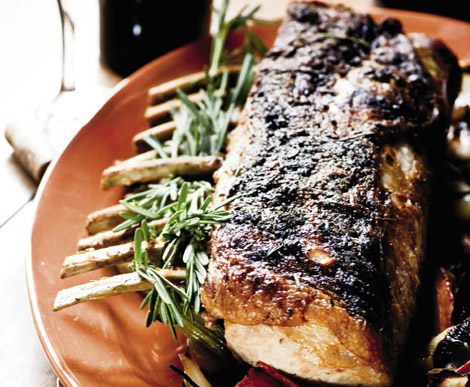 For the centerpiece of the dinner, Bob serves some of his Southern favorites. With the luxe rack of Eden Farms Berkshire pork, he dishes up perfect baby turnips from Wadmalaw Island farmer Joseph Fields, unctuous creamed Carolina Plantation rice inspired by his grandmother’s recipe, and piquant homemade tomato jam. Feeling saucy, he pours the elegant beurre fondue sauce from bourbon bottles. 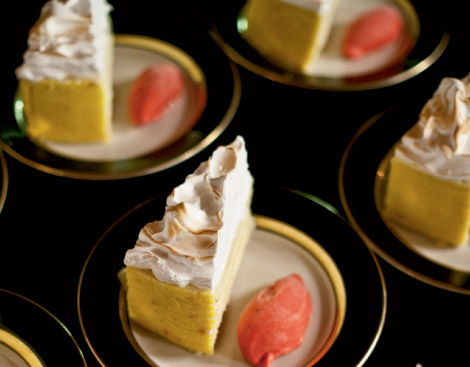 Bob asked Peninsula Grill pastry chef Claire Chapman to create an original dessert for the occasion; the sweet surprise was the Lou Lou Lemon Cake. With rich vanilla layers brushed with lemon syrup, filled with tart lemon curd butter, wrapped by an almond-paste enriched almond sponge cake, and crowned with a towering Italian meringue, it was a showstopping confection.

The timeless music of Van Morrison wafts through the room as the evening mellows. Talk about travel, grass-fed beef, and bikes turns to kitchen war stories and tales of demos gone wrong. Eventually, the toasts begin: “To chefs and colleagues. To Frank and Donald for being here first. To Marc for starting the festival. To breaking down whole hogs. To a last night out!”