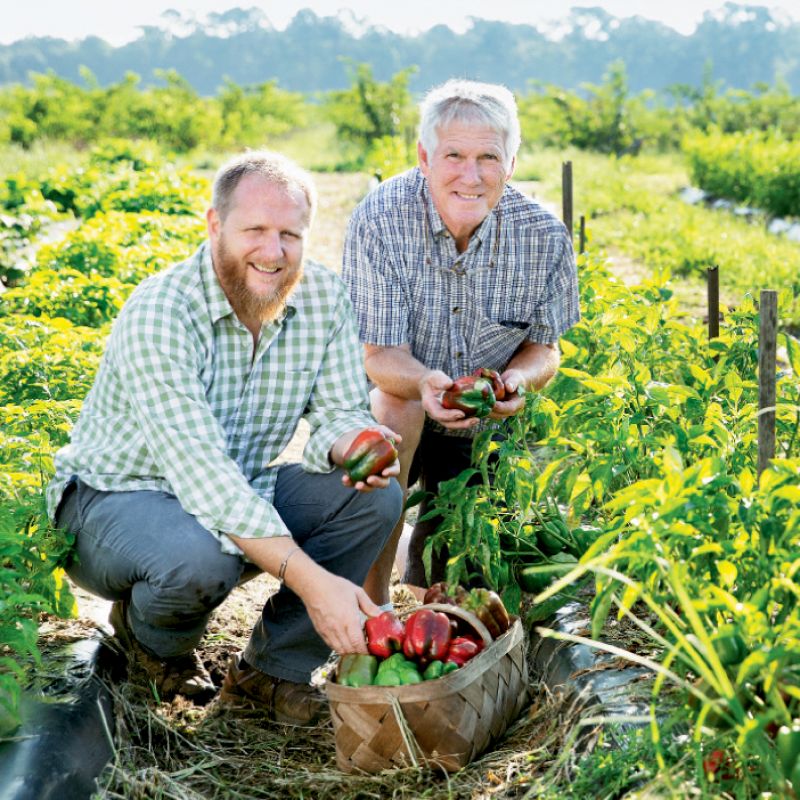 Pick a peck: Larson (left) with Pete Ambrose of Ambrose Family Farm, where the chef sources his local peppers. Kept covered in the refrigerator, fresh bell peppers should hold for a week.

Dishing It Up with Chef Jacques Larson

FIRST F&B GIG:
“In 1986, I was a busboy at a country-club restaurant in my hometown of Pekin, Illinois. That same summer, I also ran a food cart in downtown Peoria, selling the staples of Italo Rossi, namely his mostaccioli with meat ragù and chicken Parmesan sandwiches.”

EDUCATION:
BA in English and history at University of Iowa

RECIPE HE’LL NEVER SHARE: “There has never been a recipe I haven’t shared, although we do keep some of the restaurant salami recipes tight to our chest.”

Bell peppers star in colorful leading roles throughout both Northern and Southern Italian cuisine, explains Jacques Larson, executive chef of Wild Olive and The Obstinate Daughter. Once only available picked still green or in the stages of yellow and orange that develop along the way to fully ripened red, there are now hybrids designed to be color specific. While the vegetable floods supermarkets in a panoply of vivid hues, the local, seasonal crop delivers a deeper, sweeter flavor than their hothouse cousins.

In addition to stages with Mario Batali in New York and time spent in Italy, Larson got a taste of the bell pepper’s flexibility from his mother’s Italian-American cooking. Now, several recipes from his repertoire elevate this chili pepper cultivar from cucina alla nonna, “cuisine of the grandmother,” to cucina classica.

In his roasted bell peppers stuffed with beef, Fontal cheese, and Carolina Gold rice, Larson uses a buttery cheese and heritage grain to transform a dish his mother might have made at home. “Mom loved bell peppers, especially the green ones, though her stuffed version would probably have contained Uncle Ben’s rice and white American cheese. The dish works because the meatiness of the peppers and beef is mixed with the creamy rice and cheese inside and the crispy rice and cheese on top.”

His rigatoni alla nonna, a rustic family pasta dish that he created while cooking at home one night, celebrates his favorite summer vegetables. He cooks eggplant and peppers until their surfaces are caramelized, and even a bit charred. Tomatoes are added as a binder, basil as a nuance of anise.

Larson’s classic influence can be seen in his red bell pepper sformato, a Northern Italian molded custard. “The sformato is full of the natural sweetness of the red bell pepper, while fennel seeds and chili flakes add a little bite. I always like to have a complement to the custard, in this case an arugula, anchovy, and breadcrumb salad. Its saltiness and bitterness make a nice foil for the sweet and spicy custard.” 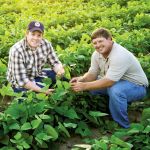 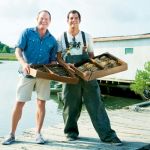