How to Make Rice Purloo

As cooler autumn temps arrive, savor a hearty mix of Carolina Gold rice, bacon, and seasonings cooked to a crisp in a cast-iron skillet 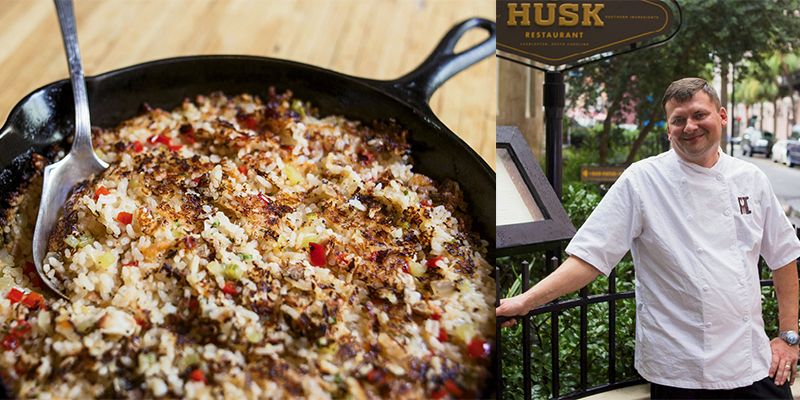 In a large pot, bring 10 quarts of well-salted water to a rapid boil. Once it’s boiling, add the rice and stir gently every couple of minutes. Cook for eight to 10 minutes and strain once the rice is al dente (parboiling the rice). Spread the rice in a thin layer on a baking sheet and refrigerate.

For the base, add the bacon to a sauté pan over medium heat and cook until crispy, about five minutes, then set the bacon aside. Without straining the grease, add the onion, pepper, and celery, and reduce the heat to low. Sauté the vegetables for eight minutes, scraping any bacon bits off the pan. Add the garlic; cook two more minutes. Add the wine; cook until the liquid has reduced by half. Add the broth, dried shrimp, bay leaf, and hot sauce. Simmer for 20 minutes. Add salt and pepper to taste.

Take the pan off the heat and add the chives. Carefully stir in the parboiled rice, bacon, and butter, then fluff the mixture together.

Preheat an eight-inch cast-iron skillet in a 350°F oven for about 10 minutes. Once the pan is hot, add the oil and swirl to coat. Carefully pack the rice mixture into the skillet, then cover it and bake in the oven for 15 minutes, until the rice is brown and crispy.

■ Iron fist: Grimes cooks with a “pre-war seasoned Griswold skillet,” a circa-1800 pan; but he notes that cast-iron cookware from Virginia-based Butter Pat Industries is also a good option.

■ Crunch time: While baking purloo in the skillet, “Don’t stir it!” Grimes says. Stirring the recipe will interrupt the crisping process of the rice, during which the bottom and sides of the pan toast the grains for a delicious crunch.

■ Striking gold: Carolina Gold rice is a long-grain variety first grown in the 1700s that thrives in the Lowcountry. You can purchase one of Anson Mills’ bags from local retailers including The Daily, Mercantile and Mash, and The Veggie Bin.

■ Don’t skimp on dried shrimp: Grimes likes to buy his from the Louisiana Dried Shrimp Company, a three-generation-old biz based in Grand Isle, Louisiana.

Meet the chef: Travis Grimes of Husk
A longtime local, Travis Grimes graduated from Johnson & Wales University in 2000 and has cooked alongside some of the best chefs in Charleston, including Louis Osteen of the former Louis’s Charleston Grill, as well as Sean Brock, whom he met while working as a sous chef at McCrady’s. Impressed by Grimes’s passion for pork and pickling, and his knack with a cast-iron skillet, Brock recruited him to be chef de cuisine at Husk’s opening in 2010. Five years later, Grimes took the reins as head chef, working in tandem with Brock to craft daily menus featuring Southern ingredients, such as Carolina Gold rice grown by Anson Mills Farms. The grain stars in Grimes’s spin on purloo, a traditional Lowcountry side dish seasoned with dried shrimp. 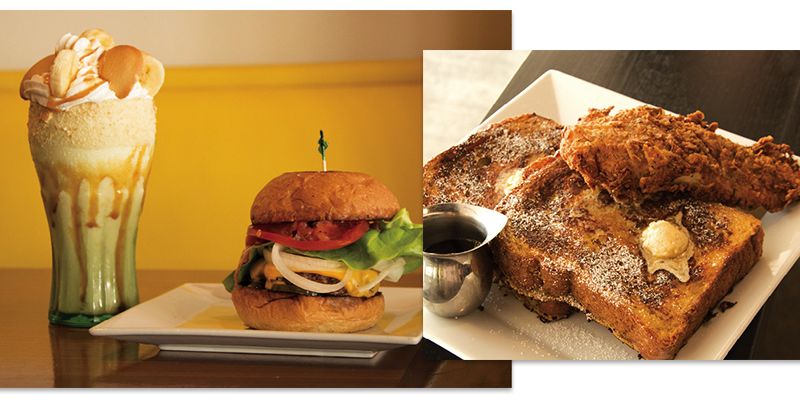