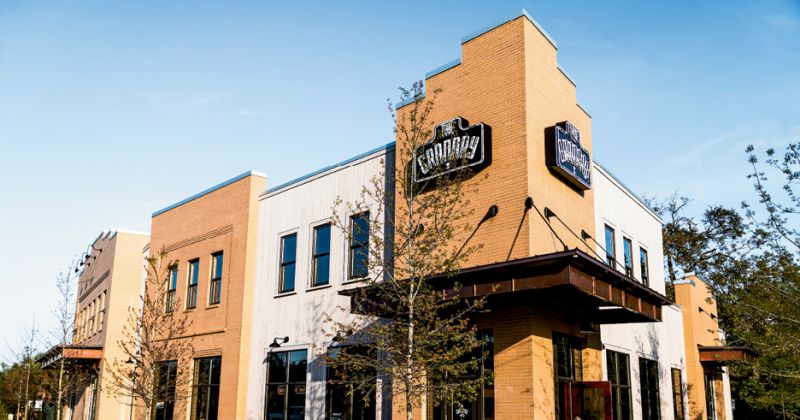 In his teenage years, Brannon Florie’s mother warned him not to get a tattoo, or at least not one that couldn’t be covered up with a shirt sleeve, because anyone with visible ink couldn’t land a “real job.” For years, he held off, but as he worked his way up in kitchens across the country, tattoos crept down his arm: cities he has visited, sunflowers, a cute pig being ground into sausage links. And one in particular that I find rather telling....

If you are lucky enough to sit at the raw bar flanking the kitchen of The Granary’s new location on Coleman Boulevard, no doubt you’ll find yourself charmed and entertained by Florie’s imposing figure—his full beard and Popeye-sized forearms strengthened from decades of wielding cast-iron skillets. But take a moment between bites of house-cured charcuterie, luscious chunks of lemony smoked grouper on crispy toast points, or gingery sips of a Moscow mule, and look more closely. There on Florie’s left arm, making its way down and around his bicep, is a massive octopus.

A fitting mascot, for Florie keeps multiple hands in multiple businesses. Owner of On Forty-One, Pier 41, and The Granary, he plays chef, menu consultant (he was the mastermind behind The Rarebit), product developer, and caterer, not to mention father to three. Florie lives with his family in Mount Pleasant, so feeding his own community feels natural. But more than that, the town is his “dirt,” where he spent his childhood days on his grandfather’s farm.

In other words, Florie lived the “farm-to-table” lifestyle long before the term became overused, abused, or clichéd. His grandfather’s buddies farmed adjacent tracts, and together they share-cropped, putting fresh seasonal bounties onto the tables of family and friends. So when Florie first opened The Granary in late 2013 in its original Belle Hall location, months after his grandfather died, he sourced his menu directly from area farmers, a fitting homage to his elder’s memory.

In the foyer of the new Granary, above a cooler stocked with dangling torpedoes of charcuterie, sits a model of the Ford tractor Florie rode as a kid. There is some irony in that a restaurant with genuine agrarian roots settled in a decidedly modern space: a brand-new brick complex, on a heavily trafficked artery, in a town with the dubious distinction (per 2015’s census) of fastest growing city east of the Mississippi. With every new building, Mount Pleasant grows farther away from its rural roots.

Yet farms persevere, and Florie knows exactly where to find them, as evidenced by the tender roasted radish wedges still tasting of earth that dance along a plate of calamari, interspersed with red frills of mustard greens. These fresh veggie sidekicks, coupled with a buttermilk-lime-spiked sauce, add complexity to lightly battered, crispy squid. So do the subtle nuances of applewood-smoked red potatoes served aside impossibly tender, fork-ready shortrib, all married together in a stout jus. Sliced fennel and wilted bok choy help perfect a bowl of juicy flounder and shellfish. Here, the details of the plate carry the production, with seasonal produce as key players.

At first glance, the menu at The Granary feels familiar: fried chicken, shrimp and grits, burger, pasta, meatballs. Gone are the more adventurous options of crispy sweetbreads, duck wings, and corned beef tongue that Florie offered when he first launched the restaurant in 2013. Rather than overtly pushing boundaries, Florie channels creativity into the classics. Take his chicken and dumplings: deconstructed into savory shredded drumstick meat, floated in an herb broth, scattered with local mushrooms, and served with housemade gnocchi.

Customer palates are individual, of course. One of my dining companions questioned the toothsome thickness of Jimmy Red corn grits and the smokiness of the tasso-coppa-tomato gravy, while I praised the shrimp and grits for those attributes. Another objected to the sticky-sweet ginger notes of Korean mustard coating chicken wings, while I appreciated the playful deviation from the norm, finished with fried garlic and sesame seeds. I can’t imagine, as I am not a chef, attempting to please such a wide swath of sensibilities, yet Florie has been feeding area diners for quite some time now.

Which brings me back to that octopus on his arm. The Granary clearly reaches wide and aims to please. Between the raw bar, charcuterie platters, small plates, kids’ menu, vegetarian flatbreads, and favorites like buttermilk-brined fried chicken and Florie’s well-loved porkchop, he seems to have covered his bases. It doesn’t hurt that bartender Roderick Weaver, fresh from positions at Husk Bar and Lewis Barbecue, keeps the beverages flowing.

Judging from the crowds (reservations are advised), Florie’s mother can rest assured that tattoos did not stunt his potential. Anything but. The sunflower is for you, Mom.

The Draw: Cocktails on tap, local sourcing, twists on Lowcountry classics
The Drawback: It’s tough to get in without a reservation, but you can vie for a stool at the community table.
Don’t Miss: Shrimp and grits
Price: $8-$23 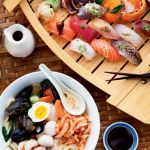 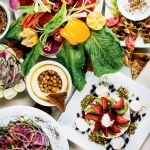