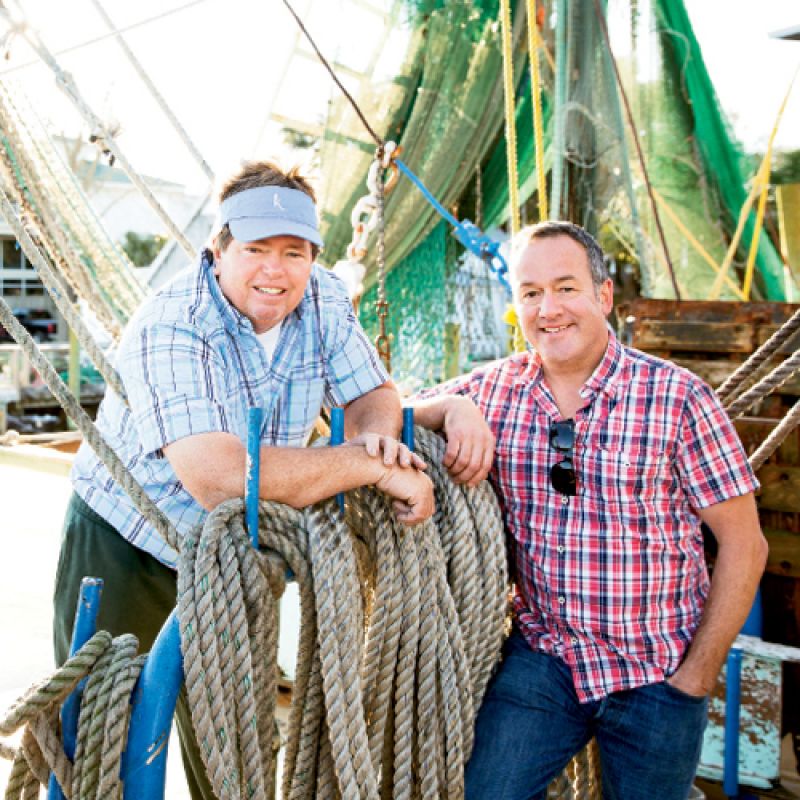 Our go-to man for seafood recipes, McMahon offers a trio of shrimp dishes reflecting each of these three elements in his career. The shrimp, corn, and pickled okra are his Lowcountry twist on a gazpacho built with a Le Bernardin-style combo of from-scratch fish stock and modernistic tomato water designed to take a simple soup to a sophisticated level. His curried shrimp is a reborn classic with origins partly in the Charleston Receipts cookbook and partly in Henry’s Restaurant, the now-shuttered local eatery that was established in 1932 and served as the inspiration for Hank’s. McMahon describes the dish as “an Anglo-Indian plantation-style hot madras curry with a slightly sweet finish and tropical tones from the coconut and mango.”

You’ll find the shrimp provençal on the menu at Brasserie Gigi, served on a bed of linguine. It has, says McMahon, “the proper balance of roughly chopped tomato, good crisp white wine, and fresh shrimp, with a hint of garlic and herbs. It ends with a smooth and luxuriously rich taste on the tongue.”

McMahon prefers white shrimp for his dishes, citing their particular flavor and quality. “But all local shrimp have a distinct, natural flavor,” he says, “and will be tender, yet properly firm, when cooked correctly.” (Read on for recipes with cooking times and techniques.) He sources from Shem Creek-based shrimpers Tommy Edwards and Wayne Magwood, as well as a domestic packer from Georgetown. Though the fleet is greatly diminished from its glory days of the 1990s, Charleston is proud of its shrimping heritage. During shrimp season, which typically runs from May to December, you can buy local catch at most seafood stores. You can also try to find Magwood and Edwards at their trawlers at the Shem Creek dock. They don’t keep regular hours, but when they are there and have shrimp available, they’ll sell to you directly.

Dishing It Up with Chef Frank McMahon

First Restaurant Gig: “At age 13, I was hired as a dishwasher at Bunratty Castle in Shannon, a town in County Clare, Ireland. (The labor laws were lax in Ireland!)”

<p>Chef’s Note: Plan ahead when making this recipe. It takes some time, but it’s worth it.  Making fish stock is easy, though it requires refrigerating the bones in ice water overnight. The tomatoes have to drain in the refrigerator for six to eight hours, then all of the components of the gazpacho are combined and refrigerated overnight in order to marry.</p> 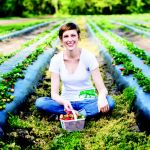 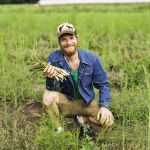