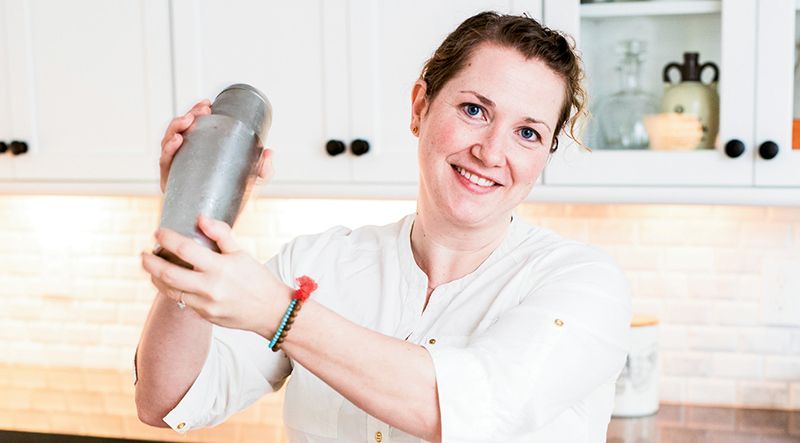 For most on-the-go parents, a sit-down meal with kids and grandparents only happens on occasion, but MariElena and Joe Raya roll out such evenings regularly. “We make a full dinner every night,” MariElena says. “It’s not just about the eating; it’s about the cooking, too. We open wine and talk about the day.”

As the proprietors of speakeasy-style bar The Gin Joint, as well as the craftsmen behind Bittermilk mixers and Tippleman’s syrups, the pair has plenty to bring to the conversation. Then, too, there’s catching up on the chickens and the garden growing on their sizable John’s Island homestead. Often seated around the table are the couple’s three children, Hudson (who’s six), Juniper (four) and Mitzi (six months), as well as Joe’s grandfather, Don, and MariElena’s parents, Pam and Robert Dickson (aka “The Singing Chef”).

The renowned restaurateur—and famous baritone—behind the former local institution Robert’s of Charleston has shaped his youngest daughter’s appreciation for family dining since she was just a girl. MariElena distinctly remembers him breaking from the restaurant early nearly every evening for dinner at home. As they got older, the Dickson children helped in the eatery, cutting bread, filling pitchers, greeting customers, and washing dishes. MariElena, however, gravitated to the food. “I didn’t tell my dad I wanted to go to culinary school until I was absolutely certain, because I knew he’d be all in,” she laughs. “The next day, he booked a flight to New York for us to tour the Culinary Institute of America.” The budding chef did indeed follow her father’s path to CIA, which is where she met her future husband. And though Joe and MariElena have found their own unique niche in Charleston’s vibrant culinary scene, at home, Dickson isn’t one to fade into the background. “He isn’t shy when he comes into our house,” laughs MariElena. “Dad will start cooking my leftovers to take home or reorganizing my refrigerator. If he sees garlic in there, he makes sure to move it to the counter, where it’s supposed to be stored.”

When meal preparation time folds into happy hour at their home, the cocktail connoisseurs mix straightforward margaritas. “Silver tequila has a pure flavor that goes well with food,” says MariElena, who shakes the clear liquor with Cointreau, lime juice, simple syrup, and ice. Joe’s Mexican heritage means fresh tortillas frequent their dinner menu; packaged versions simply won’t do. “Store-bought tortillas have a plastic taste and tons of preservatives, while homemade tortillas are bubbly and fluffy,” says MariElena, who uses her mother-in-law’s recipe, though she skips hand-rolling the dough in favor of a tortilla press.

At the table, utensils are optional—the family likes to rip tortilla bites to scoop up chicken, steak, shrimp, and fish, all seasoned with a homemade spice blend. “Premade taco seasoning is stuffed with fillers and is expensive for the amount you get,” MariElena adds. Instead of buying single-use packets, the Rayas keep their own large batches of taco mix jarred in the pantry. Their blend is mild (read: kid-friendly), but adding a bit of cayenne powder can kick up the heat.

After tucking the kids in, MariElena scoops out sundaes for adults: sorbet spiked with elderflower liqueur, topped with homemade marshmallow fluff. If the combination seems unusual, it’s best to trust the maker here. At The Gin Joint, the Rayas offer a “Bartender’s Choice” drink option, where diners can pick two words from a list to guide the mixer (for example, “fizzy” and “tart”). Likewise, MariElena’s dessert is sweet and sticky, like an adult version of a favorite ice-cream-truck treat.

Sitting Down to Eat with MariElena Raya

Works: She and Joe co-own The Gin Joint, Bittermilk, and Tippleman’s.

Weekend Tradition: “For easy weekend breakfasts, we like to fill tortillas with an assortment of eggs, sausage, and skillet-roasted potatoes,” says MariElena. 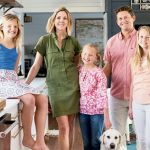 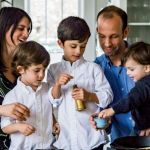 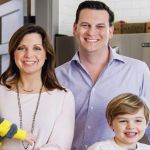