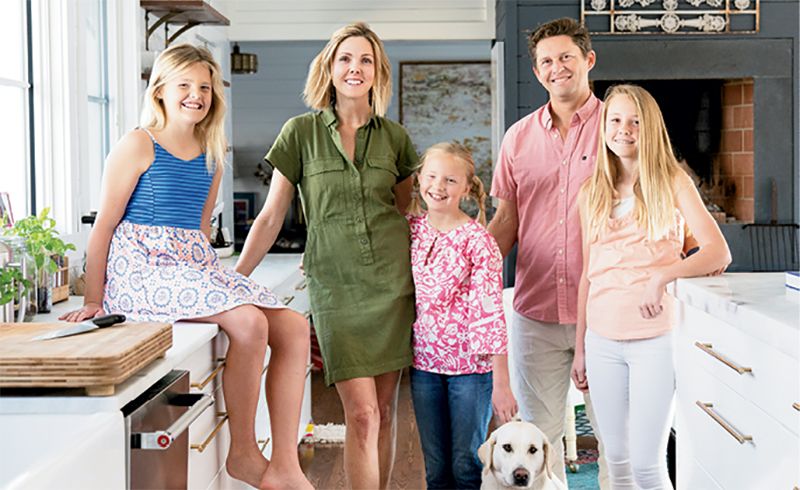 Tucked into her grandmother’s John’s Island kitchen as a young girl, Carrie Morey learned early on that family is rooted in food. “Cooking for her children and grandchildren was my grandma’s full-time job,” she recalls. “Her angel biscuits were famous, and she didn’t know any food but Southern.”

As a teen, Morey worked alongside her mother, Callie White, in a catering kitchen, baking the popular country ham biscuits that would one day give rise to a delicious mail-order craze. Shortly after her oldest daughter turned one in 2005, Morey took a leap, launching Callie’s Charleston Biscuits. “I wanted to stay home as a mom but also fuel my own creativity,” she says. Thanks to an online ordering system, Morey had more flexibility, which allowed her to bake close to home and then ship the biscuits to customers around the country.

Since its start, Morey’s business, Callie’s Charleston Biscuits, has grown and spun off into two bite-size Hot Little Biscuit bakeshops in Charleston, plus one in Atlanta. She’s also raising three girls. “I hope that my daughters see me as both a good mom and a successful businesswoman,” she says. “When I’m trying to strike a balance, I tell myself that I started this venture because I wanted to be both.”

That double duty includes preparing a home-cooked meal for her husband, John, and daughters five nights weekly, even if soccer practices and work sometimes stagger dining times. Morey likes to send Caroline (12), Cate (10), and Sarah (nine) on their bikes down to Magwood Seafood in Shem Creek for fresh shrimp, which she then soaks in a simple marinade of lime zest and olive oil. For weeknight ease, she serves the tangy grilled shrimp with pico de gallo and cilantro pesto made with pumpkin seeds and cotija cheese. “Our girls love condiments, but we try to expand their horizons beyond just ketchup with pesto, chimichurri, and aioli,” notes Morey.

To encourage her daughters’ maturing palates, Morey doesn’t hold back on spice, especially when it comes to the foods her children crave. “My cheesy bake of roasted poblanos, corn, and rice is an example of me pushing their boundaries. The kids don’t love the idea of poblano chili peppers, but they like everything else in the dish, so they’ll eat the whole thing.” Spiced and roasted okra rounds out the family’s warm-weather dinner plate.

When the Moreys do sit down together, at least for supper every Sunday, the five make a focused effort to connect. If the talk doesn’t naturally flow, the girls are nudged with conversation starters pulled from a nearby box. “Mealtimes aren’t just about feeding yourself, but about feeding your soul,” emphasizes Morey, as she rolls out rustic shortcake dough for a dessert that nestles mixed berries into sugary biscuits. The recipe has been passed down through three generations of mothers, and although each new batch tastes slightly different, it gathers the family around the table all the same.

Sitting Down to Eat with Carrie Morey