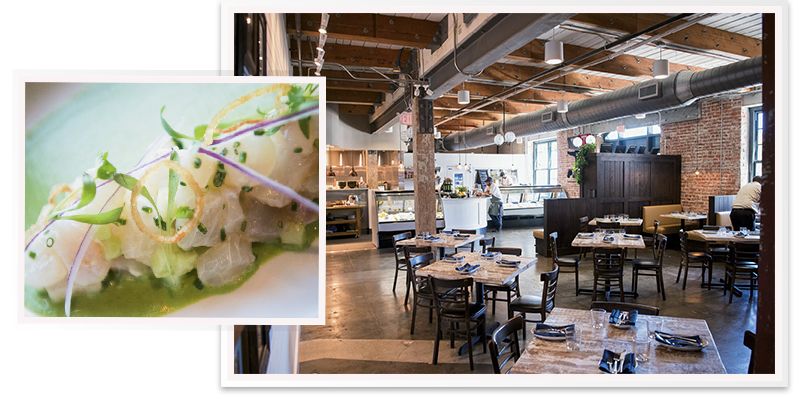 The Holy City is spoiled with a bounty of bivalves, but Richmond-based Rappahannock Oyster Co. adds undeniably delicious dishes to the scene at its Charleston location. Set in the Cigar Factory, the exposed-brick dining room strikes a balance between rustic and modern with floor-to-ceiling windows, a polished copper bar, and intimate booths. On the menu, raw oysters and clams are the headliners: choose from four Virginia-farmed half shells, or a rotating selection of local catches (go during happy hour, when oysters are $1.25 each). Head chef Kevin Kelly crafts plates such as “Lambs & Clams,” a savory bowl of clams and tender meat doused in soffrito, and an eye-catching twist on shrimp and grits with black garlic and chili oil. They also offer up fresh fish, bottled sauces, and wines in the small entry market. www.rroysters.com 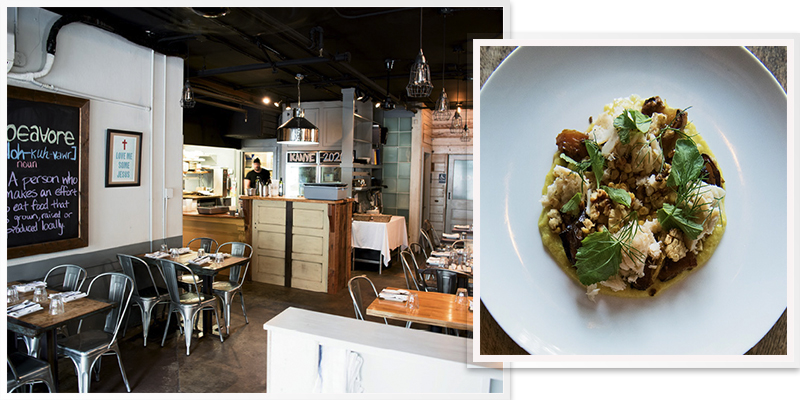 Tucked into the former Two Boroughs Larder space on Coming Street, this “farm and sea”-driven restaurant delivers down-home charm with a sly wink. Case in point: the rustic, farmhouse-inspired dining room is set to a soundtrack of 2000s hip-hop, while a chalkboard in the exposed kitchen reads “Kanye 2020.” Jokes aside, executive chef Tres Jackson, the former chef and owner of Epiphany Café in Tuscaloosa, Alabama, doesn’t fool around in the kitchen. His locally sourced small-plate menu is divided into sections for “garden and grains” and “meat and fish,” along with larger entrée options. We suggest getting a few plates to share, such as the root vegetable Bolognese with creamy ricotta gnocchi and perfectly seared trout with cucumbers, avocado, and pepper oil. End with the grilled olive oil cake—and when you get your check, tip an extra $12 to “buy the staff a pair of 40s.” www.sorghumandsalt.com 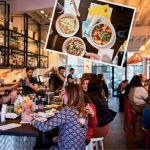 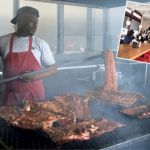 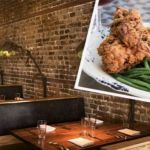