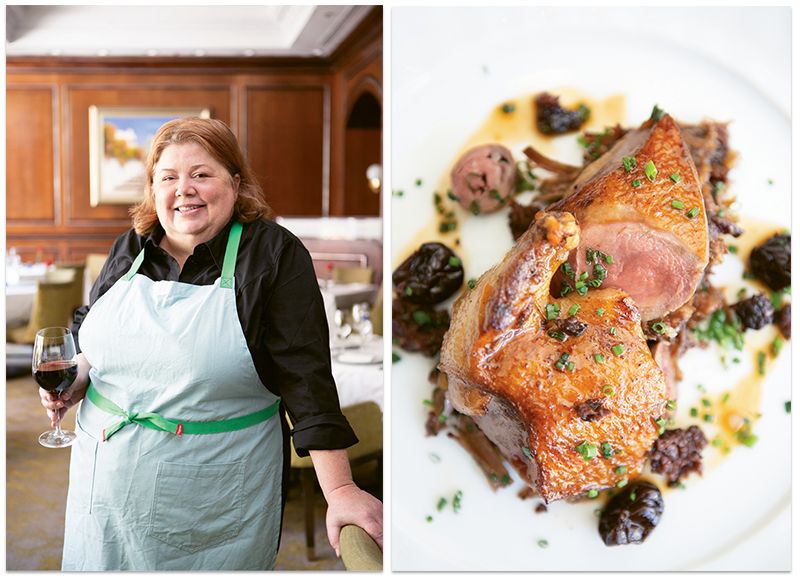 (Left) Chef Michelle Weaver cooks with a reverence for the South through a French lens; (Right) The squab, from the menu’s ”Field & Pasture” section, showcases both breast and thigh with braised oxtail, wild mushroom duxelles, Bing cherries, house-made morcilla, and natural jus.

He’d caught me with my eyes closed.

I was savoring the butter beans, slowly, peepers shut—a habit I rely on to isolate the senses. What exactly was I tasting? Beans, obviously, simmered in shrimp butter; but more: a deep, oceanic flavor, grounded by Carolina rice middlins that had crisped at the bottom of a cast iron pot. Together, the combination imparted a surprising essentialness—like sitting by a wood stove on the first cold winter night—that demanded I return for more.

Mickey Bakst, general manager of the Charleston Grill for 14 years, has made a career of noticing these kinds of infinitesimal details: a guest’s expression from across the room, a fallen napkin, a wine glass in need of replenishing. It’s why six of the Grill’s nine James Beard Award nominations have recognized the restaurant’s impeccable service. But such accolades do not properly convey the warmth fostered in this downtown institution, so often achingly absent in comparable, polished spaces. Coupled with chef Michelle Weaver’s menu—split into four sections (Social & Shared, Roots & Stems, Waves & Marsh, Field & Pasture)—the ambiance amplifies the fare and channels a lavish spirit of approachable refinement.

Getting me there, admittedly, took some cajoling. When I first moved to the city, not a single person under 40 had mentioned the Charleston Grill—the Belmond at Charleston Place’s iconic restaurant—as a necessary destination. The omission seems to signal larger shifts in our culinary priorities. From London to San Francisco, critics have declared fine dining’s slow crawl toward extinction since 2014. Some blame millennials: the meal kit class, devoted to delivery apps, food trucks, and foodie heatmaps, who champion convenience or aesthetics over service—a demographic that, while saddled with student loan debt, outpaces all other generations with an estimated $96 billion spent yearly on food expenses alone. That influence has palpably altered the way we all eat out. Specifically, it’s the above-and-beyond style of hospitality, quintessential to fine dining, that seems to be evaporating the swiftest.

Fine dining is often associated with an old school brand of pomp and circumstance, making a real show of the meal. The fuss can inspire, for me anyway, class anxiety (What fork do I use? Am I dress-code appropriate?) as a buttoned-up brigade monitors every moment until dropping that joy-reaper known as the check.

Charleston Grill, however, does not belong to such a caricature. Yes, the clientele leans “mature.” Yes, the servers wear name tags. There are white tablecloths, rows of cutlery, and a curious convergence of decor: a two-headed dog sculpture hovering above the Art Deco-ish bar, chartreuse chairs, and walnut wood-paneled walls that imbue the dining room with a ship’s cabin aura. These elements prove, ultimately, irrelevant. In the time you spend at the Grill, you’ll be made to feel that anything you desire, within reason, can be yours.

And by you, I mean anyone. On the evenings I visited, I sat amongst a delightfully uncategorizable group: grandparents with grandkids, date night couples, a young black family, and a tattooed woman in a tattered crop top. Bakst could be spotted chatting up each of these diners, gifted as he is with a rare talent (the man can work a room). A live jazz band echoed his ease. Meanwhile, the genial but meticulous front-of-house staff seamlessly cleared, crumbed, and reset each table, reinforcing a mood intrinsic to chef Weaver’s food: one of deserved indulgence.

Weaver joined Charleston Grill in 1997 and has led as executive chef since 2009. Though French-inspired and Southern-rooted in her approach, Weaver entwines flavors from South Asia to Europe, Central America to the tropics. Her signature dish exalts the humble crab cake, with hunks of meaty lump crab crisped then set afloat in a pond of dill-flecked lime vinaigrette. But Weaver is most prolific when embracing extravagance. The squab is ambrosial, vitalized by unctuous, tender oxtail, wild mushrooms, house-made morcilla, and roasted cherries. The foie gras (for dessert!) is an alchemic work, seared then strewn across caramelized apples, served with a crunchy tuile of Tunisian pastry dough and a whorl of cinnamon mascarpone. Wine pairings? Why not? Sommelier Rick Rubel’s new and old world selection will enrich an already decadent, pleasurable meal. 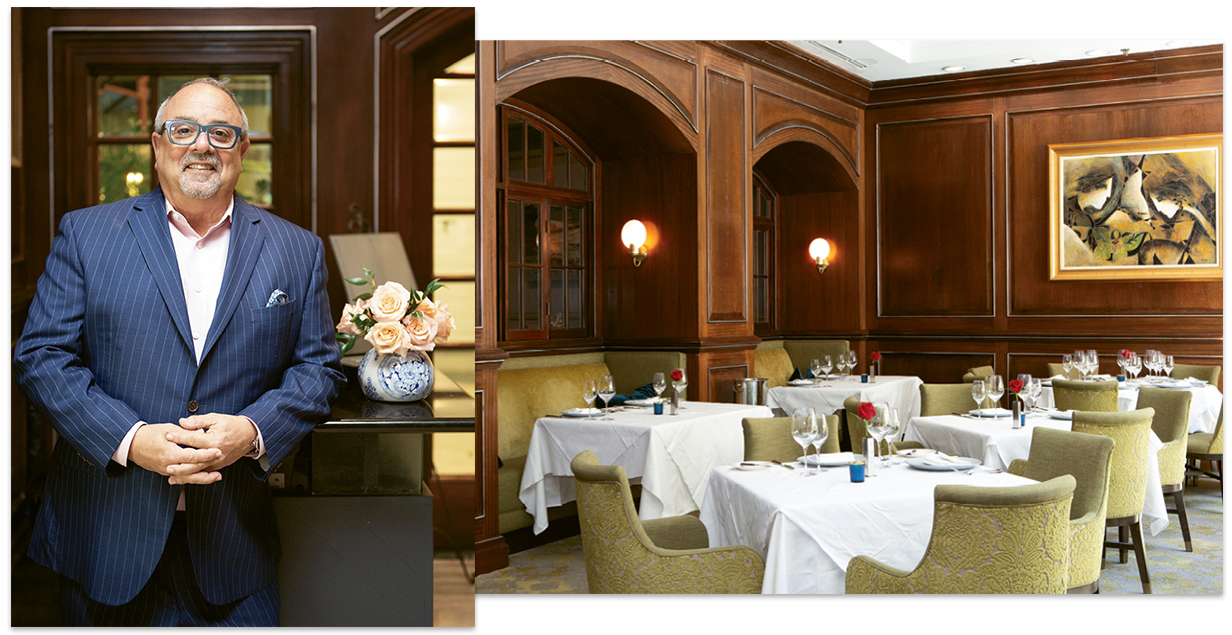 Sure, an excursion of this nature is impractical on the regular. But for those who have overlooked Charleston Grill: if you have the means, a visit is well-worth the investment. Save what you’d spend on two or three outings elsewhere. The tab adds up, but consider the totality of the experience. Some restaurants forget, fine dining or not, that there ought to be joy in food. Bakst gets it. He seems to espouse something akin to mudita: Sanskrit for vicarious joy, the pleasure of witnessing happiness in others. Before paying the bill, I’d watched him beaming at the table beside mine. He leaned in to say: “You deserve this.” 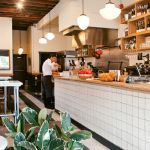 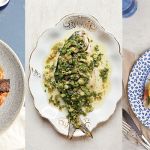 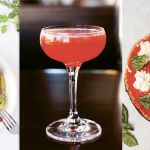