A Fall Menu With Friends 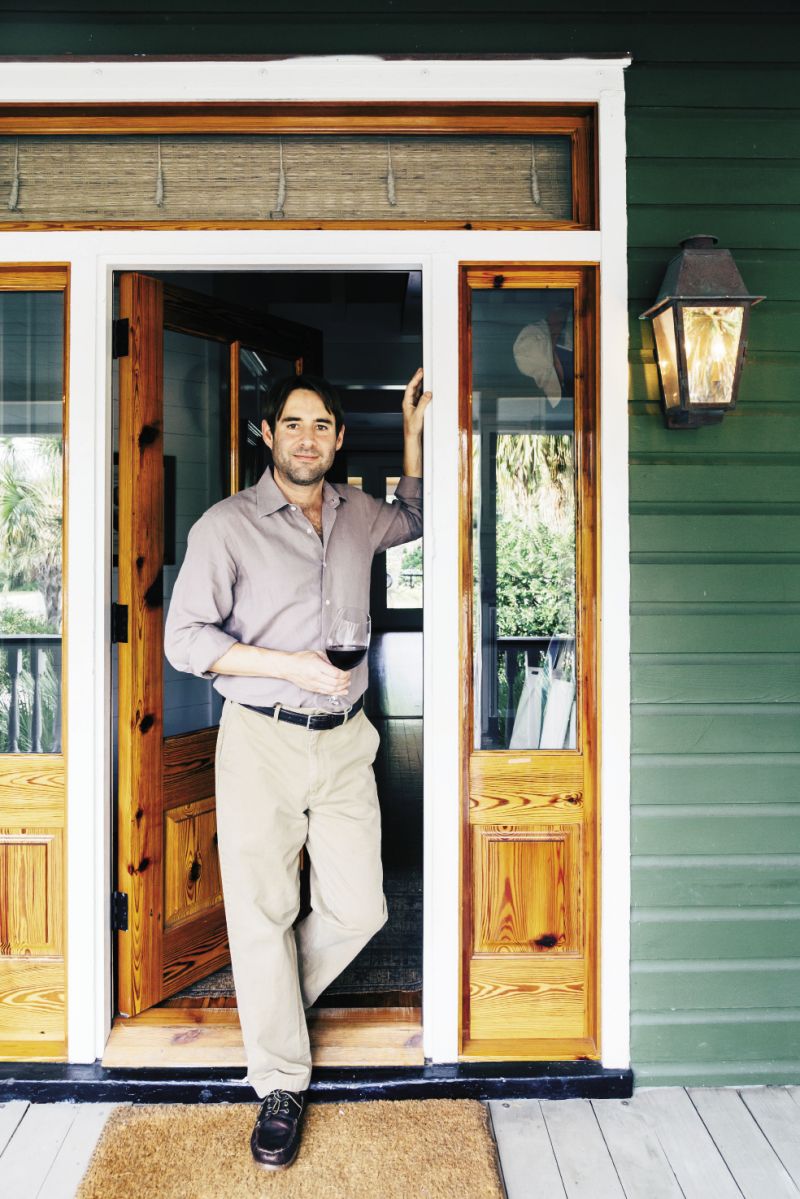 Brys Stephens sets a fine Southern table. The Alabama-born and -bred food writer enjoys the prospect of intimate groups mingling about his Sullivan’s Island cottage. And that’s especially true on a beautiful fall evening, when he melds flavors from throughout the world for a half dozen or so friends—none of whom mind letting Stephens cook for them from his recently released cookbook, The New Southern Table: Classic Ingredients Revisited (Fair Winds Press, March 2014)

In this first book, Stephens pens a love letter to his culinary experiences—lessons from his childhood in Birmingham, travels around the globe, and life here in the Lowcountry. “I’m trying to get at this idea that Southern food is constantly evolving,” he explains. “On the world stage, it’s very young and undeveloped. What many don’t realize is that it’s not just fried chicken and such.”

Each chapter of the cookbook focuses on quintessential Southern produce and grains, and Stephens begins with okra—sautéed with a little lemon and salt or dusted with smoked paprika, grilled, and served with cool mint yogurt. The pages then turn to an Indian-spiced version of the vegetable tossed with chickpeas, then zucchini diced into minestrone alongside butter beans and collards, and later peaches with pecan-mint pesto. But don’t call this fusion cuisine; Stephens believes that his brand of Southern fare extends beyond a more combinatorial expression of two different cultures. Rather, there is a shared theme native to each, an underlying connection between two worlds and an opportunity to move Southern cooking forward by incorporating European and Asian influences.

“We can look to other locales with a similar climate and culture, see common ingredients, and envision how we might incorporate them into our own foodways,” he says. “We can also acknowledge the diversity of influences—Native American, Spanish, African, Caribbean, the spice trade —that historically make up Southern cuisine, rather than only relying on the standards.” Butter beans go east to become hummus, and collard greens are stuffed with lamb in the Mediterranean style or packed into a spanakopita with salty feta cheese.

Like many folks from the South, Stephens’ earliest experiences in the kitchen involved the ancestral foods of the African-American women who then manned the stoves. It was from his family’s cooks that he took in the Deep South influences of cast-iron skillets and lard at a young age, but his path to being a cook and food writer, one with an expansive philosophy reaching far beyond his formative beginning, was a circuitous endeavor.

His family often summered in the villages of Southern France, and a teenage Stephens absorbed European culinary culture that reinforced notions that seasonal availability lay at the heart of good food. “I experienced beautiful food there,” he says, “whole chickens in the market, seasonal ingredients, peas in the springtime.” It was a lesson that carried through during later studies in Rome, time living in Paris, and travels to the Caribbean and South America.

In 1998, Stephens returned to Alabama to work for six months with mentor Chris Hastings, chef and owner of Birmingham’s groundbreaking Hot and Hot Fish Club, which provided an experience in professional kitchens and helped shape a Southern take on food that wasn’t the normal practice of the day.

Although earning a law degree and an MBA and clerking for a judge in Washington, D.C., provided a detour for the culinary devotee, he soon felt pulled back to the food world. In 2006, he hung up his suit and tie and created Cookthink.com, a food and cooking website with recipes searchable by ingredients, cravings, and cuisines, as well as resources on cooking techniques and pantry items. Having lived a decade in hectic D.C., Stephens was ready for a change. When a family search for vacation property led the entrepreneur and food writer to Sullivan’s Island, he fell in love with the seaside bungalow and the quaint upscale beach community that he now calls home. “I had been living this urban existence in D.C. for years,” he says, “and I wanted a yard and a garden.”

It was in this handsome cottage that Stephens wrote, developed the recipes, and even photographed the dishes for The New Southern Table over the course of a year. And it’s here where he regularly wows friends with his unique take on Southern food.

On this fall evening, he offers up his pimiento cheese spiked with pecans and fiery habañero peppers as well as butter bean hummus. The roasted duck breast is glazed with a sweet yet tangy pomegranate molasses and served atop wild rice. Sweet potatoes get a drizzle of Middle Eastern tahini, and the kale, apple, and pecan salad is tossed in a poppy-seed-inspired dressing made with benne seeds.

As the sun sets over another of his home gatherings, his guests finish off a classic buttermilk-pecan ice cream served with salted chocolate peanut brittle. For all the influences from lands far away, Brys Stephens is a Southern cook, and his dishes present a tasty bite of a new South. 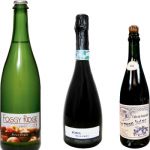 Come fall, you’ll find Brad Ball sipping on hard cider. “There are so many nuanced, striking picks at everyday prices,” he says. 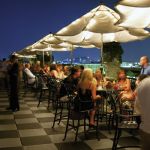