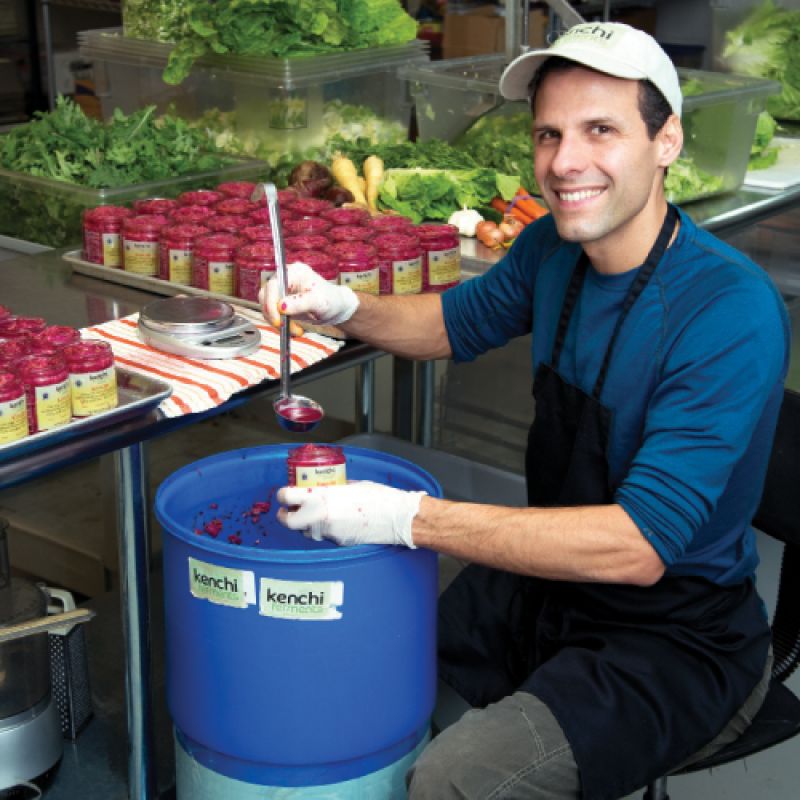 Pickled veggies have long had a place at the Southern table—our fried chicken sandwiches come topped with the sweet bread-and-butter variety, and our farmers markets are dotted with jars of tangy pickled okra. Kimchi, a Korean condiment made from fermented vegetables and spices, is like the pickle’s spicier, more exotic cousin. So it’s no surprise that when Ken Jaimes launched Kenchi Ferments, a company that produces six flavors of the stuff in a James Island warehouse, he found a ready audience for his product.

A graduate of the French Culinary Institute in New York, Jaimes and his wife moved to Charleston in 2009 looking for a slower pace and a better place to raise their children. It was then the chef began dabbling with lactic acid fermentation. He was drawn to the resulting piquant products in part because they serve up steep health benefits, thanks to high levels of antioxidants and probiotics. But the entrepreneur in him also saw an opportunity. “Nobody else was making these products in the South,” he explains. Inspired, he formed Kenchi Ferments in early 2013.

Currently, Jaimes’ one-man operation brews six varieties. The original flavor is the boldest; a spicy crescendo of garlic, ginger, and hot pepper, it’s close to traditional kimchi, albeit without the seafood paste component (all Kenchi products are vegan). His mustard kale version, with its milder flavor, is popular with kids and the less adventurous crowd—although Jaimes’ seven-year-old son prefers the tart bite of the pomegranate cranberry. And locavores love the turmeric tomato and pickled okra flavors, both made with ingredients from Ambrose Farms and GrowFood Carolina.

For those who’ve never eaten kimchi and aren’t sure where to begin, the labels provide plenty of pairing ideas; bratwurst and lentils are two of Jaimes’ favorites. Want to experiment yourself? Pick up a jar at local retailers such as Whole Foods, Ted’s Butcherblock, and Queen Street Grocery. Jaimes can also be found peddling his wares at the James Island Sunday Brunch Market—that is, when he’s not in the warehouse dreaming up new flavors, like preserved lemons and seaweed, and products, including probiotic hot sauce made with radishes from John’s Island. With Jaimes on the scene, kimchi is well on its way to becoming a new kind of Southern staple 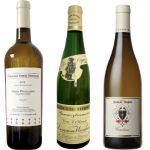 When the temps turn cool, most of us reach for warming, full-bodied reds. But Vonda Freeman, sommelier and wine director for the Indigo Road restaurant group, doesn’t dismiss lighter vinos during the colder months. “Seek out whites with spice, complexity, and texture,” she advises.

How to Make Collard Greens