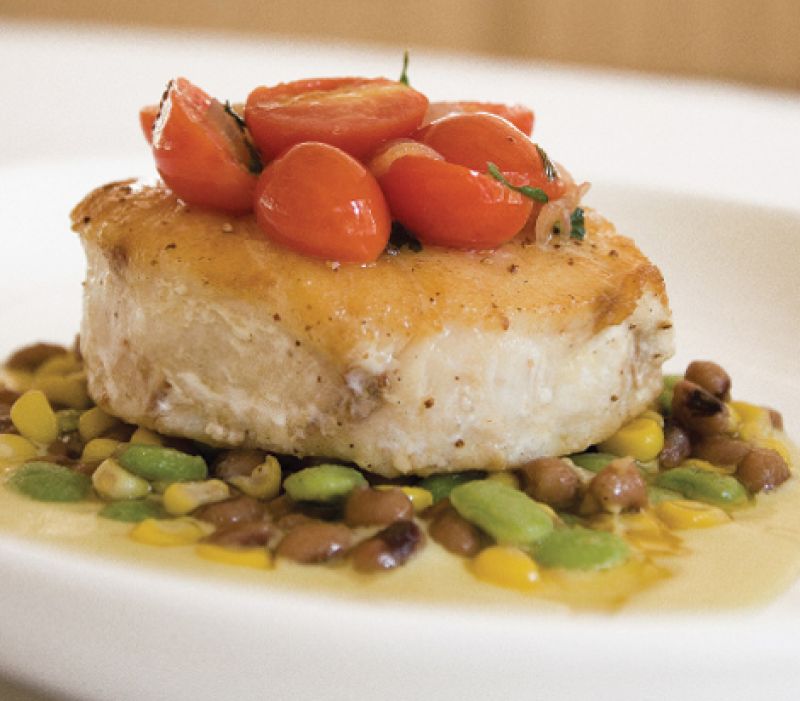 What with its stableyards, slave cabins, and Versaille-inspired landscape, Middleton Place has long served as a venue for experiencing plantation life. But, did you know that thanks to a green-thumbed chef and his heirloom garden, visitors today can truly taste the past?

“I spent days researching the vegetables that would have grown here when it was a plantation,” says Micah Garrison, chef of Middleton Place Restaurant. Following stints at both 82 Queen and Cypress, Garrison took over the Middleton kitchen as executive chef, and subsequently gardener, in 2009. “We grow okra, cucumbers, beans, 15 different kinds of heirloom tomatoes, and peppers,” he says. It’s a lot of work, he admits, but the pay-off is on the plate. Even if you don’t have a garden full of heirloom veggies, Garrison says making an historically reminiscent meal from your own late summer crops, or farmers market substitutes, is easier than you think.

For a light summer dish, the chef suggests taking traditional sides and adding a modern twist with local wreckfish. The fish can be found in the Eastern Atlantic Ocean; however the species’ only fishery is located at the Charleston Bump. “You can buy it at Crosby’s Seafood,” Garrison says. Seasonal produce such as vine-ripened cherry tomatoes and cowpeas make perfect accompaniments. While the wreckfish is browning in the oven, heat the succotash. Then, while the fish is resting (so that it can absorb its juices), sauté your tomatoes with shallots. “You want to gently move the pan to avoid breaking the tomatoes,” the chef advises, and cook them last before plating.