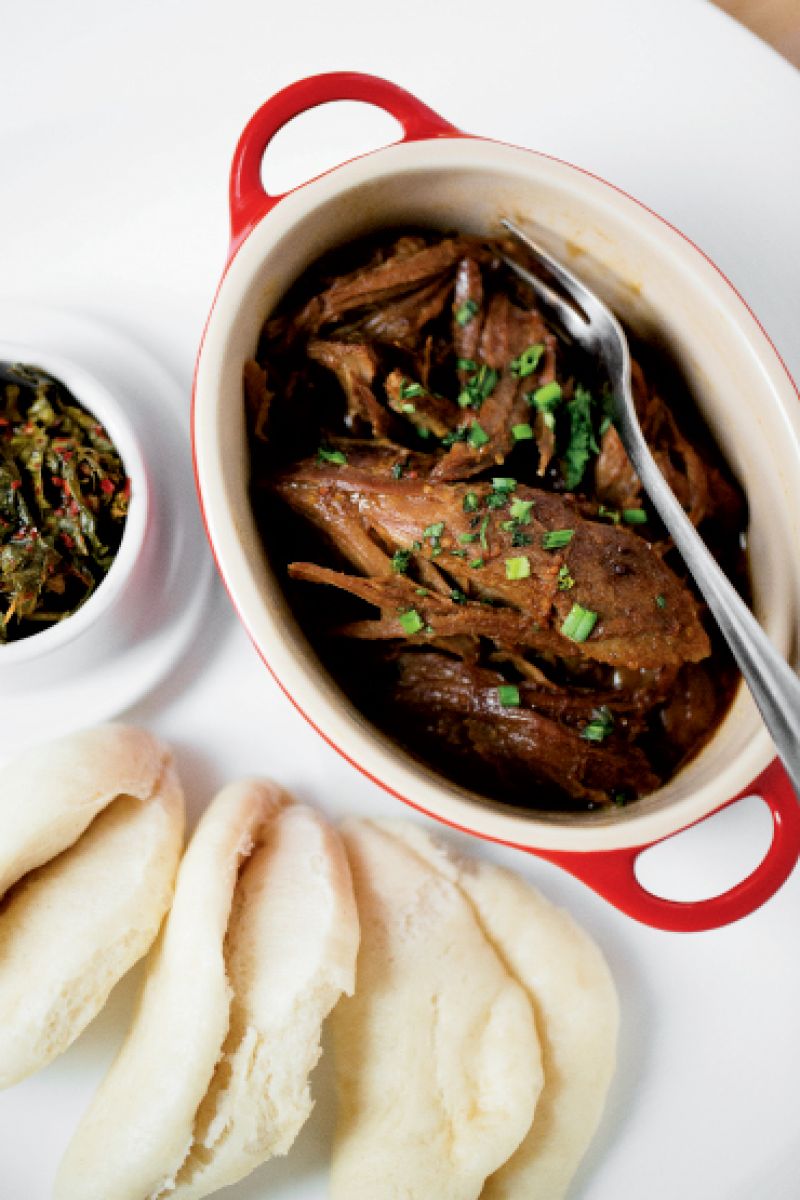 Saturday nights are the best, when the little space gets packed with tourists and locals alike. Liquor flows like water over a busted dam, and the small alleyway speakeasy that replaced the venerable Robert’s of Charleston four years ago screams to life. It’s an understated space. Leather booths and butcherblock juxtapose against floor-length cabinets guarded by gates of galvanized steel, which is just to say that The Gin Joint is a radical departure from the operatic French dinner house that present co-owner MariElena Raya’s father ran there for ages.

At some undetermined point in the last half-dozen years, people decided that boat drinks and cheap pilsners were passé, that vodka tonics and fuzzy navels were the stuff of spring break, and the proper corollary to a fine meal or gathering of sophisticates lay in the purposeful mixture of complicated libations. That The Gin Joint can now be called the original vestige of numerous Charleston establishments dedicated to the genre is a testament to the far-reaching influence of cocktail culture and its potential longevity as a culinary trend.

You come here to drink more than eat, and it’s a place where proprietor MariElena’s husband, Joe Raya, smokes his own maple syrup and cuts his own ice—in 300-pound blocks subsequently dissected with power tools and hammers. This is where the bitters are made in-house and the citrus syrup probably had a peel on it when it came through the door. It’s also the only place I know in town where drinks generally cost more than the food. That they even command a kitchen seems a gratuitous bonus; the sparse menu is solely designed to complement the Prohibition (that means no vodka) mixtures slung from behind the little bar in the back.

The bartender’s choice will set you back 10 bucks. You pick any two from a descriptive list of taste sensations and flavors: a person could feel refreshing and tart, or herbal and bitter. If you have a particularly interesting date in tow, you might bribe the barkeep for three—perhaps spicy, floral, and strong. If you’re the indecisive type, or simply have money to burn, the “Top Drawer” section of the menu offers up a $25 “Very Old Fashioned” provisioned with Antique Eagle Rare 17-year-old bourbon.

For my money, I’ve been imbibing The Pirate Radio, a thoroughly Italian mixture even if it boasts seven-year-old Nicaraguan rum. Ramazzotti amaro, burnt sugar, Campari, and other assorted bitters help pull it in just this side of Milano. But with your preferred cocktail in hand, it’s time to move to the snacks.

The menu is spare, but surprisingly cheap. The Rayas make up for brevity with an unorthodox, playful approach to food. Beef jerky, perfect with neat rye whiskey, is spiced with garlic, soy, and piquant chilies. Popcorn arrives “pad Thai” style, which really translates to kettle corn inundated with fish sauce, lime juice, and peanuts. There are soft pretzels slathered with Sriracha-spiked cheese and a crab dip served with salt and vinegar potato chips.

More substantial plates include the grilled cheese, which can be salty due to the forcemeat of Benton’s country ham inside. But it’s an architectural marvel: cheddar cheese tuile, shatteringly crisp, the whole cut on a bias so as to stand seven inches tall at the center of the plate—surely the most dramatic grilled cheese in town.

The duck meatball sliders are also good. Less sandwich than Asian-style steamed buns, their flavors are purely Mediterranean—fennel, apple slaw, and a San Marzano tomato sauce included on the plate. But the best dish is called simply Pork Buns. You’d say they were Asian as well, steamed flaps of dough that have been deconstructed in a sense. The filling lives in an accompanying bowl, a good quarter-pound of braised pork falling from the bone and dripping with a sweet, Southern-style glaze. There is a side dish as well, a small plate of mustard greens that have been fermented into a spicy kimchee. You add these things up yourself, proportioning the meat and greens relative to the steamed buns, but I suggest a healthy dose of the greens. They are the best thing in the house.

The Gin Joint is versatile. One could stack an entire meal from the appetizers and other “provisions” as they call them. It’s a place for drinks ahead of dinner somewhere else or easily serves as a nightcap and a dessert afterward. On the latter end of such an equation, the peanut butter chocolate bar is legend. It’s worth a trip solely to indulge in the crunchy pretzel, smooth wrap of dulche de leche, and the tingling effervescence of “pop rocks” paired against large flakes of sea salt. Get a few chocolate bars under your belt, and you’ll end most nights out on lower East Bay with a trip to The Gin Joint. Take in the sauntering sexiness of a couple of Pirate Radios, and you’ll want to start your nights there as well.

The Draw: The finest old-school speakeasy on the south side of the peninsula

The Drawback: Large appetites may find the dinner menu a little spare.