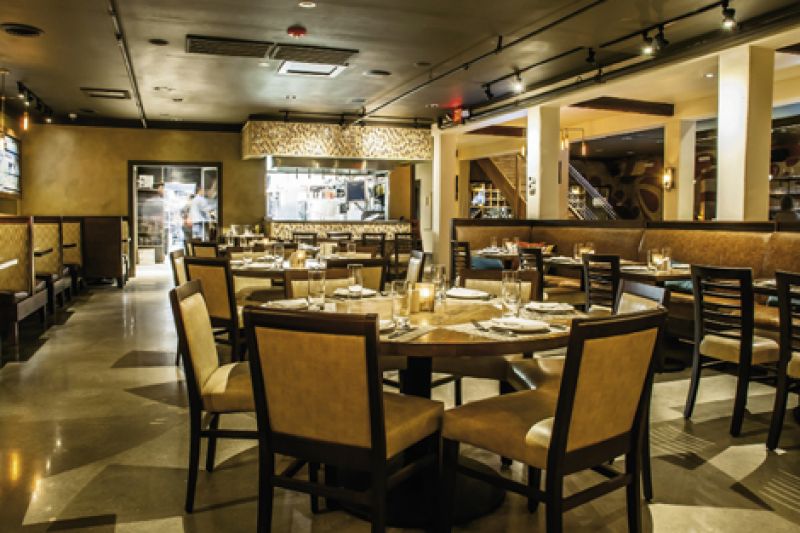 Burwell’s Stone Fire Grill
Like your steak cooked right in front of you? Look no further. The Market area’s latest addition, Burwell’s, brings the grill directly to the table courtesy of their 700° signature searing stones. For the gourmand techie, menus also arrive both in paper and iPad form, and cocktails range from a Beet Farm Collins to a nine-item list of specialty martinis. www.burwellscharleston.com

The Ordinary
It says something of the reputations of chef Mike Lata and business partner Adam Nemirow of FIG that before the paint had dried on their latest offering, The Ordinary (544 King St.), the restaurant had already received accolades in Southern Living, Garden & Gun, and Vogue. Good news, the hype was true. Oysters, seafood towers, and lobster rolls had them sold out by 9 p.m. opening night. Expect a crowd. www.eattheordinary.com

The Alley
We’re not sure what’s more exciting, the fact that the peninsula now has a hip bowling alley or that it serves great food to match. Thanks to a partnership with Home Team BBQ, The Alley (which opened at 131 Columbus Street in November) is dishing up better-than-Big-Lebowski eats. Think baked chicken and gravy, cornmeal fried shrimp, and braised pork belly. www.thealleycharleston.com

The Rarebit
Even in the midst of our city’s obsessive restaurant surveillance, sometimes a new spot takes us by surprise. Such was the case with the The Rarebit, which opened on December 15. The Hollywood-esque diner, adorned with images of Steve McQueen (the second is in the ladies room), offers budget friendly food (grilled cheese, huevos rancheros, patty melts) in fine style. Ten bucks says this spot becomes the go-to locale. www.therarebit.com