Kitchen Chronicles
November 2012
The Lee Bros. tap into Charleston’s food traditions and a bounty of stories 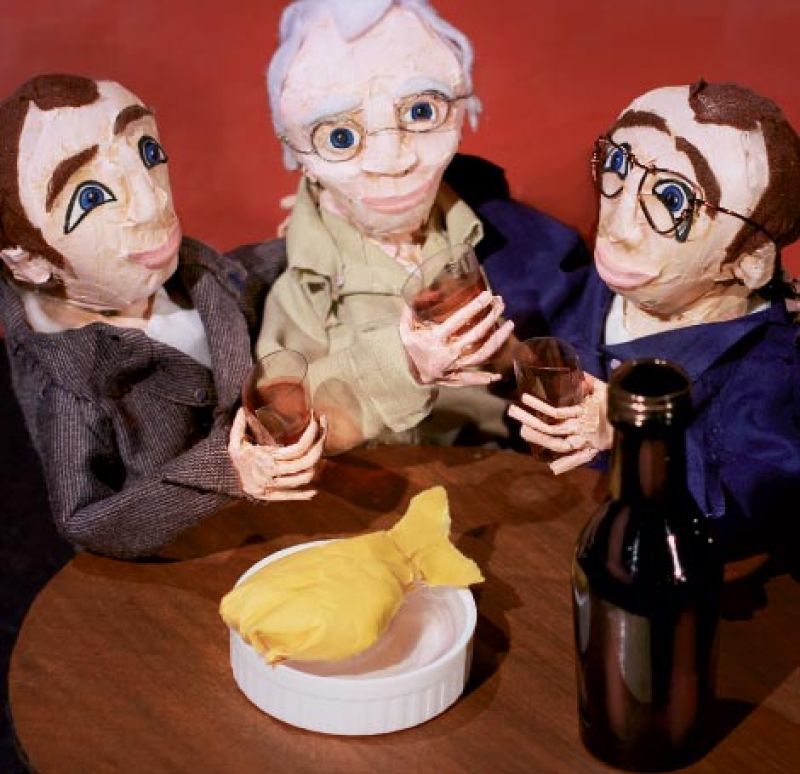 We keep a document labeled “CHS REX”—shorthand for “Charleston Re-commendations.” It’s a file we’re continuously updating with restaurants and other excursions we love in Charleston to answer the never-ending question asked  by friends and flat-out strangers: “I’m coming to Charleston. What should I eat?”

We’re thrilled to help, and we feel we’ve written this document thoroughly enough that whether the recipient’s a tattooed, Metallica-loving biker or a perfectly coiffed headmistress from Marin County, they’ll both find their way to Charleston food nirvana—be it fried whiting and hoppin’  John at Dave’s Carry-Out or oysters on the half-shell at the communal table at Hank’s.

But every time we send “CHS REX” out, we can’t help feeling a pang of regret that we couldn’t usher that visitor into a Charlestonian’s home so they might taste the enduring brilliance of home-cooking in the Holy City; that they might experience firsthand how kitchen traditions continue—and new ones develop—inseparable from the stories of people who live here. Visitors rarely witness the culinary culture of this city from a local’s perspective: the first fall oyster roast at a friend’s house, the kitchen wisdom gathered while shopping at a fish market like Backman’s; no neighbor ever drops off a container of shrimp creole or a shopping bag of backyard-fresh grapefruit at a hotel-room door. Even the fall and spring house tours rarely afford a peek into the precincts where jars of loquats might cure in a window or tightly wrapped wood ducks, teal, and quail wait in the garden-shed freezer for a warming Sunday supper.

When we set out to write our new cookbook, The Lee Bros. Charleston Kitchen, we made it our mission to immerse readers in this intimate food culture, but we also wanted to challenge what we had learned growing up downtown. We sought fresh perspectives from every corner of the culinary landscape: farmers, bartenders, trawler captains, funeral home directors, caterers, line cooks, and home cooks, to name a few. What we came away with was an appreciation for just how insanely rich and enveloping the food life of Charleston still is, and how cooking rituals—and the stories that attend them—are so deeply ingrained in folks’ lives that they become normalized to near-invisibility.

Fortunately, you can excavate these moments in the food life of Charleston simply by asking the dumb questions and by shedding preconceived notions about what constitutes a history worthy of the city. Think every story about food here has already been told? Three years of intensive research taught us that everything we had learned before could fit on the tip of the oyster bank at high tide.

When we visited with former game warden and author Ben Moïse—who is famous in the Lowcountry and beyond for his knowledge of the marshes, woods, and estuaries—the story he told us around his kitchen table led us to a distinctive post-Vietnam-era beverage tradition, and it ultimately transformed the cover of our new book.
A January party Moïse used to frequent was hosted by Andrew Magwood (of the Magwood family of legendary fishermen) at the family’s own Little Bull Island. A gathering of hardy outdoorsmen, the “Mullet Hunt and Rock & Rye Festival” was a breakfast of freshly fried mullet and grits, chased with shots of Old Mr. Boston’s Rock & Rye—a rye whiskey-based, orange-flavored liqueur produced in the Roxbury neighborhood of Boston until 1986 and distinguished by a slice of crystallized orange in the bottom of each bottle.

We were intrigued, not only by the odd elixir itself, but also by how it had become the beverage of choice for a fried-mullet breakfast; it brought to mind pimiento cheese and red velvet cake—other foods conceived outside the South that became embedded in Southern entertaining traditions. We tracked down a bottle of Old Mr. Boston Rock & Rye—still in production in Owensboro, Kentucky, by the Sazerac Company, but not widely available—and sampled the stuff. It was okay: overly sweet and lacking the savory character of a real rye, so we reverse-engineered a Rock &  Rye for the new cookbook, to our own taste. When it came time to photograph the recipe for the book, we created a tableau based on the story Moïse had told: a whole croaker (as a substitute for mullet), a gutting knife, a johnboat key on a yellow floater keychain, and a shot of our homemade Rock & Rye, all resting on a plywood gutting table.

Despite the more genteel, silver-and-china pictures we composed with the cover in mind, it was the Rock-&-Rye-with-raw-croaker photograph that became a hands-down favorite image with the publishers (and eventually with us), for most effectively evoking the unspooling stories that emerge once you start to explore the Charleston food landscape.

The Magwoods’ annual “festival” on Little Bull Island ended in 1989, after Hurricane Hugo wiped the place clean of its only dwelling, but we like to think that sipping our Rock & Rye and munching on fried, freshly caught mullet could bring the tradition back again.

Charlestonians have developed an affinity for the syrupy, soul-warming texture of a liqueur, especially in the chill of winter, out on the hunt or working on the water. Former game warden Benjamin Moise recounted for us a distinctive New Year’s tradition he kept back in the 1970s and ’80s with a commercial rye-based liqueur seasoned with orange, called Mr. Boston Rock & Rye, made in the Roxbury neighborhood of Boston until 1986 (the brand and the beverage continues, now owned by Sazerac Company and produced in Owensboro, Kentucky).

Moise and the Magwood family owned adjacent hum- mock islands—sandy mid-marsh sites for fishing shacks, with a palmetto tree, maybe a stunted cedar or live oak, and not much more—behind an oceanfront barrier island north of Charleston. And as Moise tells it, in early January, the Magwoods, famous locally as commercial oystermen and shrimpers (see page 138), put on a “Mullet Hunt and Rock & Rye Festival,” a gathering of about fifteen hardy friends and their motorboats on the Magwoods’ Little Bull Island.

“The Magwood house was built of scrap timber salvaged from shipwrecks, and I remember they had an eight-foot, black-iron wood stove that made the most delicious heat in that low-ceiling thing in winter,” said Moise. “Guys would tie up at the back dock, and Andrew Magwood would put on an oyster roast for us. Then he’d go out to the water with a cast net and come back with a bunch of mullet. He’d scale them, roll them in cornmeal, and put ’em in a pan on the stove. A pot of grits had been bubbling all night long, and we’d eat fried fresh mullet, grits, and eggs—it was the best breakfast ever. Then we’d repair to the small boats and hit the beach, bringing Old Mr. Boston Rock & Rye to use as antifreeze.”

The tradition ended in 1989, when Hurricane Hugo swept a twenty-foot-high wall of water through the islands, clearing them of everything except a few cedar pilings. Even the heavy iron stove disappeared.

Part of the mystique of commercial Rock & Rye, to this day, is the slice of crystallized orange in the bottom of the bottle. We resolved to bring back the tradition, since the idea of pairing orange with spicy rye whiskey in a winter warmer seems festive and logical. In developing our version, we dialed back the sweetness slightly and boosted the savory rye flavor. Our Rock and Rye is a nice sip on ice, year-round, and a terrific drizzle on vanilla ice cream. But without a doubt, it reaches its highest calling when consumed as a chaser on a cold day, following smoked, pickled, or fried fish.


1. Stir the sugar and salt with 1 cup of water in a small saucepan and simmer over medium-high heat until the sugar dissolves and becomes syrupy, about 10 minutes.

2. Meanwhile, slice off and reserve the top and bottom of the orange. Cut the orange into ½-inch-thick slices and then cut into half-moons.

3. Reduce the heat under the pan to medium and add the orange half-moons along with the top and bottom slices (the syrup should just barely bubble around the slices at first). Simmer, flipping the slices once or twice as the froth builds, until a nice roasted-orange aroma develops and the flesh has a withered look, about 25 minutes. Allow to cool for a few minutes; then, holding back the candied orange with a wooden spoon, pour the syrup into a large heatproof pitcher. You should have approximately ½ cup orange syrup. Let the candied orange cool in the pan.

4. Pour ½ cup rye from the bottle and reserve for another use; then decant the remainder of the rye into the pitcher with the orange syrup, stirring to dissolve the syrup in the liquor. When the candied orange is cool enough to touch, feed 2 or 3 slices—reserve the remainder for another use, such as garnishing a ½-cup goblet of rye on the rocks—through the neck of the rye bottle (they’ll be nice and pliable, and will squeeze through with a firm poke). Pour the flavored rye back into the bottle using a funnel. The liqueur will keep for months at room temperature.