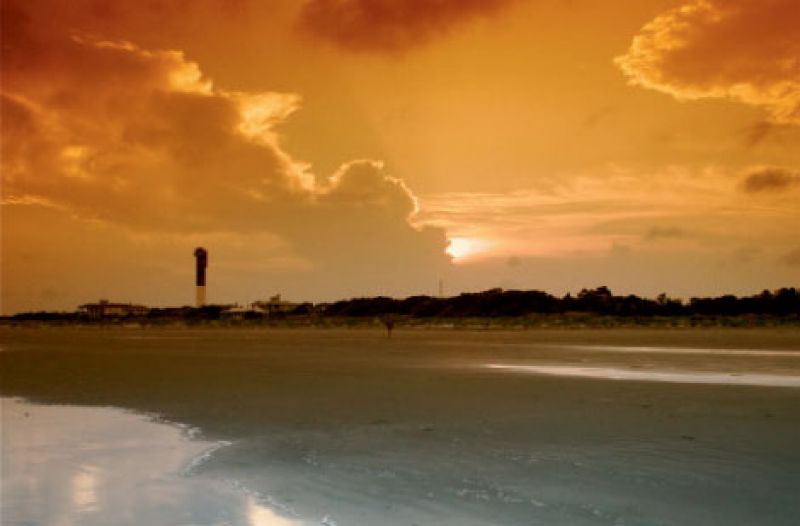 Like a shell tumbled and polished by sea and salt, this scant three-mile island has weathered an embattled history, transforming from a war-torn spit of land into a tony oceanfront neighborhood. Though the family-friendly beach and upscale-casual main block host a regular see-and-be-seen set, ghosts of Sullivan’s past still haunt the well-seasoned island: from the rudimentary fort that repelled British troops during the American Revolution to primitive pest houses where enslaved Africans were quarantined to a fantastical scarab made of gold that portends the literary discovery of Captain Kidd’s buried treasure.

The latter, dreamed up by Edgar Allen Poe, drew the nation’s attention to this longtime summer refuge for “fugitives from Charleston dust and fever” when “The Gold-Bug” was published in Philadelphia’s Dollar Newspaper in 1843. Poe entrenched himself in the island’s lore while stationed at Fort Moultrie, and locals have returned the favor with a beach dive and a four-gun battery-turned-library that pay homage to the grandfather of Gothic.

Now, the island counts Southern literary standouts Josephine Humphreys and Dorothea Benton Frank among its residents. And that small-town island lifestyle and storied history that lend themselves so well to the written word have made Sullivan’s Island a haven for families who rally around the beachfront elementary school and host play dates at the park.

BEACH RULES PARKING
Don’t let your tires touch the road when parking off of the street or you’ll find a ticket waiting on your windshield.

ALCOHOL
Do your drinking at home or in an island restaurant, as alcoholic beverages are prohibited on the beaches and streets. 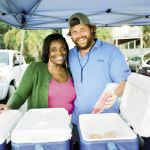 Frolicking with free spirits on the Edge of America. 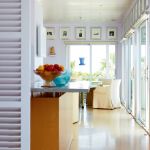 Love beach music? Tourists and locals have been heating up the sandy dance floors here since the early 20th century.