AIDS in the Lowcountry

AIDS in the Lowcountry
November 2008
WRITER:
Stephanie Hunt
Largely off the public radar, HIV/AIDS is alive and well and spreading—especially in the South. Get reacquainted with the Lowcountry’s equal opportunity disease 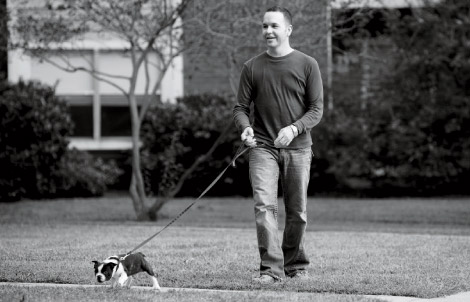 age 35, Charleston As a teenager in the small Mormon farm valley of Preston, Nevada, Andrew had clear motivation for raising two pigs and coordinating the meat-judging contest for a state agricultural conference. “It got me to the big city,” he explains. “The Future Farmers of America conference was in Reno, and Reno had a Benetton store. I was 18, and I was in love with Benetton.” After college, Andrew realized his dream of moving to New York, where he worked in fashion and makeup. “I went from being president of Future Farmers of America to professional makeup artist,” he laughs. “That was probably harder for my parents than accepting that I was gay.” In 2000, he came to Charleston as a regional artist for Trish McEvoy, a leading cosmetic brand carried by Saks and Gwynn’s of Mount Pleasant. A man of natural warmth and charm, Andrew finds teaching women about makeup rewarding. “I love that I can help empower women, give them confidence. They leave feeling great about themselves.” However, in late fall of last year through early spring, Andrew didn’t feel so great himself: he had major fatigue, difficulty breathing, and was frequently sick. “I had always been monogamous, very safe,” he says, “but there was a period when I foolishly put myself at risk.” Andrew was terrified he had AIDS, and on March 24, he finally went to LAS to get tested. His fears were confirmed: he was HIV positive; his T-cells were dangerously low and his viral load sky-high. By April, he had lost 20 pounds with fevers reaching 114 degrees. “I was taking a ton of meds, including three different antibiotics. Quite honestly,” he says, “I thought I was going to die.” Andrew regrets waiting so long to get tested, especially because he selfishly put others at risk (they’ve since tested negative). “I lived in denial; I didn’t want to know,” he says. “I was scared I might lose my job, afraid I’d be ostracized. But knowing is so much more amazing than being afraid. There’s a freedom that comes from knowing. Before, I couldn’t start relationships with people because I couldn’t be honest.” Andrew is grateful for what he feels is a second chance. Without modern medicines, he acknowledges, “I’d almost certainly be dead.” His energy is back, his viral load and T-cells are out of the danger zone, and he’s experienced “no judgment, nothing but compassion” from colleagues, friends and family, his doctors, and the folks at LAS. “I’m still overwhelmed by how really amazing and supportive my clients and colleagues have been,” Andrew says. “They listen when I’m scared and shower me with strength when I’m feeling weak. They believe, as I do, that the past can’t be changed, but how we act in the future is what matters. “HIV does not discriminate,” Andrew adds. “I don’t ask ‘Why me?’—I know why me. If I’m going to live out my life, it’s going to be an open and honest one. I don’t want anyone else to die from something that can be prevented. Instead of dwelling on the negative aspects of being (HIV) positive, we can help others stay negative, and that is going to take a great deal of honesty and communication.” 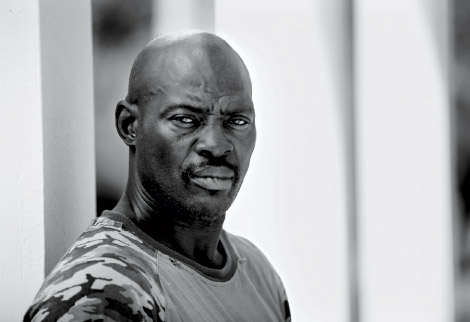 age 54, North Charleston “I was diagnosed in March,” says Ernest, a school custodian in North Charleston, where he’s lived all his life. “I went to the health department, got tested, and it came back positive. I knew it would. After I found out my wife had it, I knew I had it. But I didn’t find out she was infected until I went with her to her mental health counselor—she’s the one who told me, not my wife. We’d been married nine years, and I never did know she was infected.” A no-nonsense, upbeat guy who has known some hard knocks, Ernest has a positive outlook about his HIV status. “It hasn’t changed my life,” says this father of nine and grandfather of 10, who is robust and healthy and not currently taking any HIV-related medication. “I know a lot of people with HIV. I take it day by day; I don’t worry about it. I go to my [support group] meetings on Thursdays, and everybody there go day by day, too. Everybody got different stories: some been diagnosed for 10 years. It’s a disease you live with like any other disease you get,” he says. “Like cancer or high blood pressure.” Despite having HIV, Ernest feels like he’s in a good place, with support from his kids and from Aaron Dunn, his caseworker at LAS, and his Health Department social worker. “It’s good to have people in your corner,” he says. “I leave here [LAS] feeling good. I got the best support in the world.” A former crack cocaine user, Ernest has been clean for two-and-a-half years and is now separated from his wife, who continued to abuse drugs while refusing HIV treatment until she got sick. He now lives with a girlfriend who is also HIV positive (infected prior to their relationship), but he regularly checks on his wife and their nine-year-old daughter, whom he keeps on the weekends. “I go cook for them, make sure my wife takes her meds. She’s real weak, weighs maybe 50 pounds now, and can hardly walk. It hurts when you see that—when you see what AIDS can do. My wife stayed in denial and didn’t take her meds, and drinking and drugging makes it worse. It’s hard to see that in people you care about,” Ernest adds. “It makes you really want to take care of yourself.” Taking care of himself and others means being open about his HIV status. “You don’t know who got what now, ’cause nobody talking,” Ernest asserts. “Everybody holding it in. My wife didn’t tell me. The girl I’m with now—her boyfriend had HIV and didn’t tell her, and he’s dead now. You got to be open, get tested, talk about it, and understand what it’s all about. I won’t go infect anybody else,” he adds. “If I change partners, we got to talk and use protection. Can’t hide it,” Ernest asserts, “because then you’re messing up the next person’s life.” 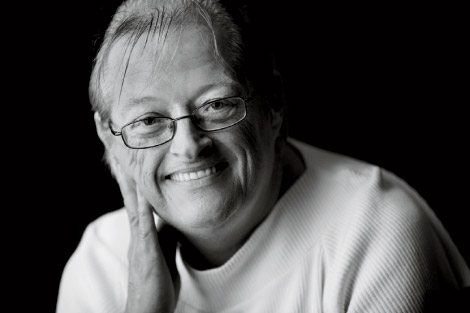 age 60, Summerville As a child growing up in rural Louisiana, Kathrin knew her younger brother Reece was different. “He liked us to dress him up like a girl. Once he got shot by a pellet gun and had to go the emergency room wearing a dress and scarf,” she laughs. Decades later, Kathrin was back with Reece at the hospital under less humorous circumstances: her gay brother died of AIDS at age 37. In 1995, four years after Reece’s death, Kathrin learned she was HIV positive. “I used to donate plasma because I had a titer factor that was good for burn patients and because I needed the money,” says the mother of two and ex-military wife, “and one day they rejected me. They sent me to the health department for an HIV test. I cried for a week,” Kathrin recalls. After her divorce, she’d become infected by a man she’d known for 17 years. “I knew he was high-risk, but I didn’t think about it in the ‘heat of the moment,’ so to speak,” she says. She has been celibate since being diagnosed. Kathrin carries a blue bag full of medicine with her everywhere. “Twice a day, like clockwork,” she says as she easily rattles off seven or eight tongue-twisting prescription names, only two of which are specifically HIV-related. She can tell you exactly what every pill is for, a familiarity she attributes to her 16 years working as a shift supervisor for a pharmacy before being let go, a termination she views as HIV discrimination. Kathrin qualifies for disability for mental health reasons, and that plus Medicare/Medicaid coverage pays pharmacy bills that otherwise would cost her more than $2,000 each month, about $1,000 more per month than she lives on. Her younger son, currently unemployed, lives with her, and her lack of transportation makes it difficult to attend LAS support group meetings. “Otherwise, I’d like to go,” she says. Kathrin’s budget may be tight, but her spirits are high. “My health is wonderful; I’ve never been sick from something to do with HIV. My virus stays pretty much undetectable,” says this scrappy, articulate woman whom LAS caseworker Aaron Dunn dubs “a survivor.” “If I dwelt on the HIV and did nothing but take all these medicines, I would just be a hermit,” Kathrin says. “But I like to walk, go to the grocery store, and do crafts and jigsaw puzzles. I try to get to church every Sunday, and they usually have food there: food for the spirit and the body. I’m just making it,” Kathrin admits, “but I feel like I cope pretty good. I tell people there are no pity parties and no word named ‘can’t’. The ‘what-ifs?’ They’ll have to wait.”