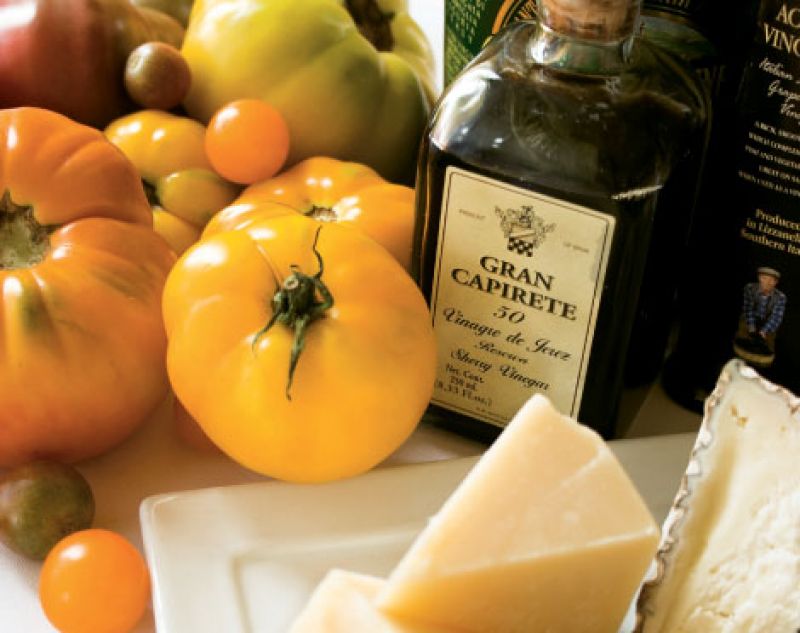 “One of the most luxurious foods I can think of is a ripe, in-season tomato,” says Kevin Johnson, executive chef at Anson. “Many people consider them summer fare, but here in the Lowcountry, September’s a great time to get them too.” Because tomatoes don’t grow well in our mid-summer swelter, he explains, farmers often plant two crops. The first is harvested in June and early July, the second in September and October.

“There’s quite a difference between the year-round grocery store tomato and the one that’s plucked ripe from a local farm,” continues the Virginia native, who first arrived in the Holy City to attend Johnson and Wales. After graduation, he returned home, where he spent three years cooking at the renowned Inn at Little Washington and another three overseeing food operation at ExxonMobil headquarters. In 2003, he accepted a job at Anson and has been dishing up creative Lowcountry cuisine ever since.

When tomatoes are in season, Johnson uses them in everything from fish dishes to vinaigrettes. “But to make the most of fresh slices, simply complement them with a few quality ingredients,” he notes. “For example, a perfect tomato deserves a great salt like fleur de sel and a delicious cheese—just ask your favorite cheese shop for recommendations.”