In a Pickle
October 2009
WRITER:
Anna Evans
PHOTOGRAPHER:
Christopher Nelson
Make the most of in-season produce with a quick tip from Chris Stewart 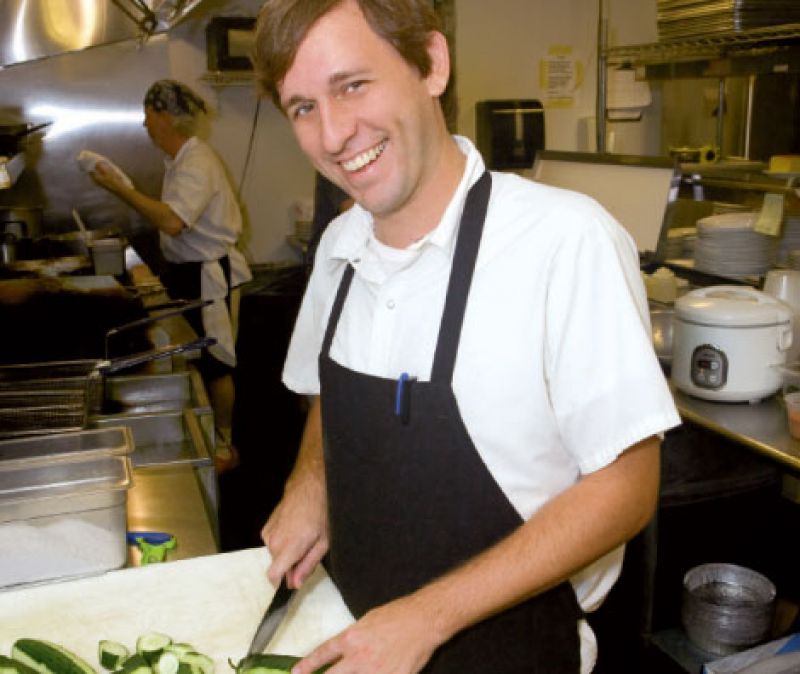 Dine at The Glass Onion, and you’ll find that something on most every plate is pickled: the bread and butters served up with po’ boys, the relish in the deviled eggs, even the fried green tomatoes. “There’s a lot more to pickling than people think,” says Chris Stewart, who partnered with fellow chefs Charles Vincent and Sarah O’Kelley to open the West Ashley eatery in March 2008.
“
Charles and Sarah met while working for Emeril in New Orleans. They moved here after Hurricane Katrina, and Charles got a job at FIG, where I was sous chef,” explains Stewart, a Johnson & Wales grad. “We realized we had similar ideas about opening a restaurant with a largely local, all-natural menu.”

And pickling goes right along with this Alabama native’s penchant for in-season produce. “We actually do a ‘quick pickle,’ which uses a brine of salt, vinegar, and spices to keep food fresh for 10 to 12 days,” he says. “It’s an easy way to make the most of the bounty you find at Lowcountry farmers markets.”

Any locally grown veggie is fair game. “In October, look for late-season okra and green beans, as well as cabbage,” suggests Stewart. He enhances a personal favorite, cauliflower, with a delicious recipe that includes curry and red bell peppers. “Like most pickled fare, I’ll serve this as a side dish, use it on top of a salad, or snack on it like popcorn.”