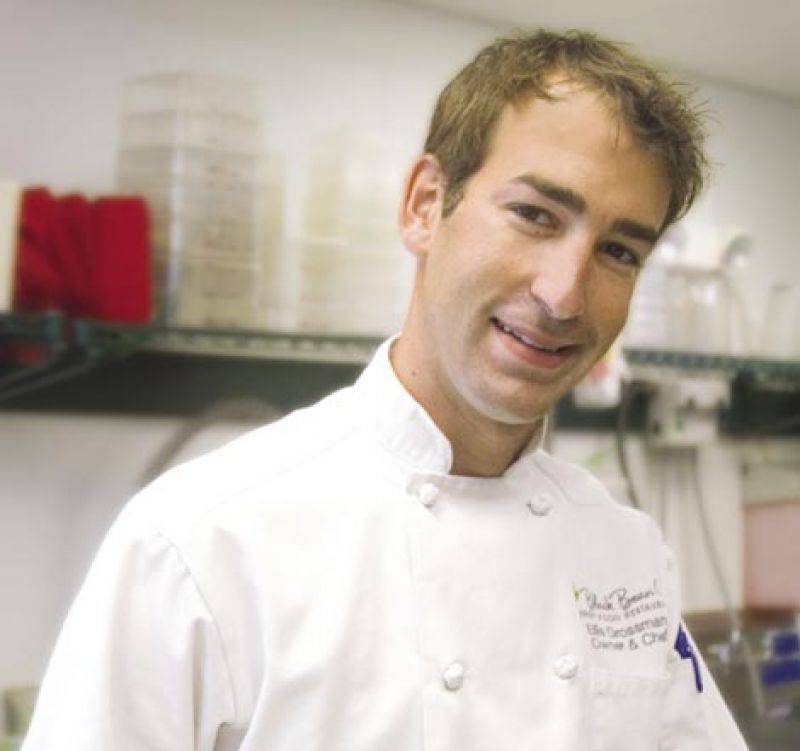 Ellis Grossman was 18 and working on a kibbutz when he discovered healthy food could be delicious. “In Israel, the food tasted completely different,” he says. “I asked why and a man told me, ‘Nothing’s different, I just pulled these cucumbers out of the garden this afternoon.’ That’s when I realized, in America we don’t eat the freshest produce.” For the Culinary Institute of Charleston grad, it was the inspiration he needed to open up his own “energy food” restaurant, Black Bean Co., in 2010. Now with two locations, one on Spring Street and the other on James Island, the 25-year-old is dishing up his locally grown and sourced ingredients in wraps, sandwiches, and salads. “We grow 80 percent of our own produce,” says Grossman, who personally spends 20 to 30 hours a week working 15 acres at Thackeray and Energy Food farms on Wadmalaw. And he’s here to tell you, fresh, tasty food can also be done fast. At Black Bean Co., you can dine in or drive through and get an entirely made-from-scratch meal in less than two minutes. Want to try his fast-food philosophy at home? Get started with his recipe for hummus.

The key to homemade hummus, the chef says, is to use a food processor rather than a blender. “The blender gets too hot and will cook the ingredients,” he explains. In the processor, slowly add individual ingredients, allowing them to blend one at a time. “Include a little lemon zest with the lemon juice,” Grossman advises. “It will add more flavor.” Once the hummus is puréed, taste test the product. Sprinkle on more salt or pepper if necessary, or mix in some roasted sweet peppers or toasted pine nuts, to taste, then dish out the hummus with sliced pita for a hearty and healthy nibble.