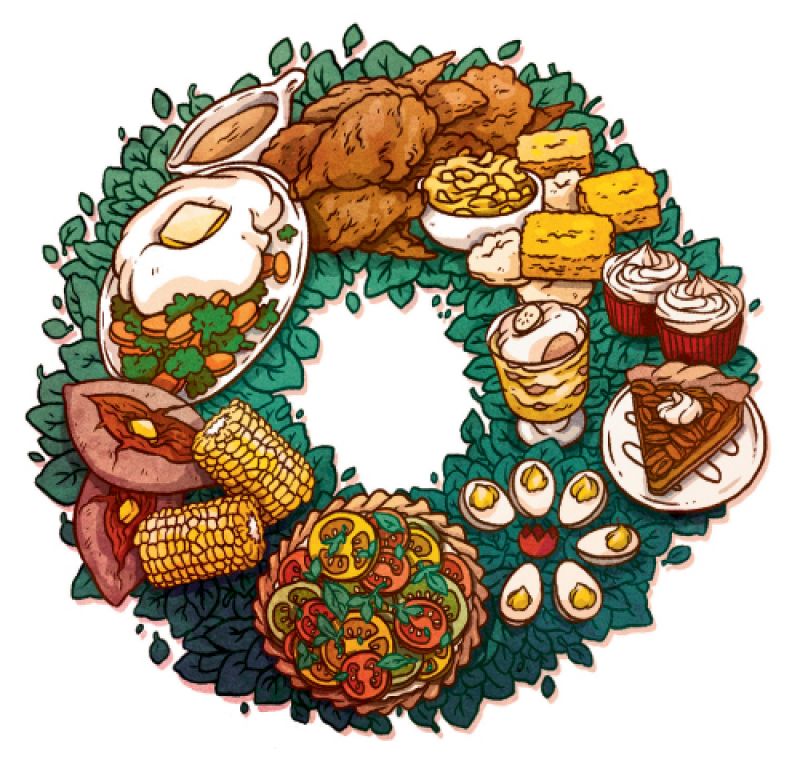 I’m not knocking states above the Mason-Dixon Line, but they just don’t understand that food is salve for suffering quite like we Southerners do—especially in the Holy City, where our renowned hospitality extends into the afterlife. We bless their hearts until they take their last breaths, and then we bless their souls. And if the deceased was a good person, her funeral spread will be tasty enough to tempt her back from the great beyond, were such a thing possible.

Years ago while I was living up North, a family member passed away, and the benevolent committee offered up a generic grocery store cheese tray for guests after the service. Now, it had been a good little stretch for me between funerals, but really? A cheese tray? I can’t even imagine our tradition of parading lidded and steam-filled Pyrex dishes to the grieving family’s doorstep being outsourced to grocery store delis. Not that I want anyone to pass away, mind you, but if I was hungry, I’d crash a Southern funeral reception before a wedding party any day.

Here, there’s a direct correlation between funerals and food: the more beloved a person was, the better the eats will be. The process starts with the calls made by church committees and then multiplies exponentially after the obituary runs in the paper. Then, like the tide, the community flows to the bereaved family’s door or the church hall with their dishes.

I had the privilege of attending the service of one good man in the tiny little seaside town of Davis, North Carolina. The population was roughly 300 people, and there were darn near that many dishes put out. That good man must have been a saint.

In the church hall, eight-foot tables were butted up together for the length and breadth of the room and piled high with a Southern smorgasbord. Of course, there was one table designated solely to deviled eggs—some made with Hellmann’s mayo, most with Duke’s, as well as the mustard-based, dill-topped, and paprika-sprinkled varieties in the mix. There was chicken, both fried and baked; ham biscuits; mac ’n’ cheese; mounds of mashed potatoes; tomato pies; yeast rolls; and all manner of casseroles oozing cheese or bubbling butter around the edges.

And that’s not to mention the desserts! Why there were red velvet cakes, bread and banana puddings, and lemon pies piled high with meringue. One look at the tables would have the men unbuttoning their jackets and the women heading to the bathroom to pull off their Spanx.

So here I am, back in my beloved Lowcountry, where birth and death are celebrated with equality. One with gifts, the other with good eats! With the “celebrations of life” where the deceased is remembered in a more festive manner, you just might find yourself attending a funeral oyster roast, pig pickin’, or Frogmore stew send-off. Times do change, and I often wonder what it will be like for the younger generations. Funeral food trucks? Hospitality hummus? Mourning mojitos?

But even as things change, let’s not forget to school the young’uns and transplants in Southern funeral food etiquette: