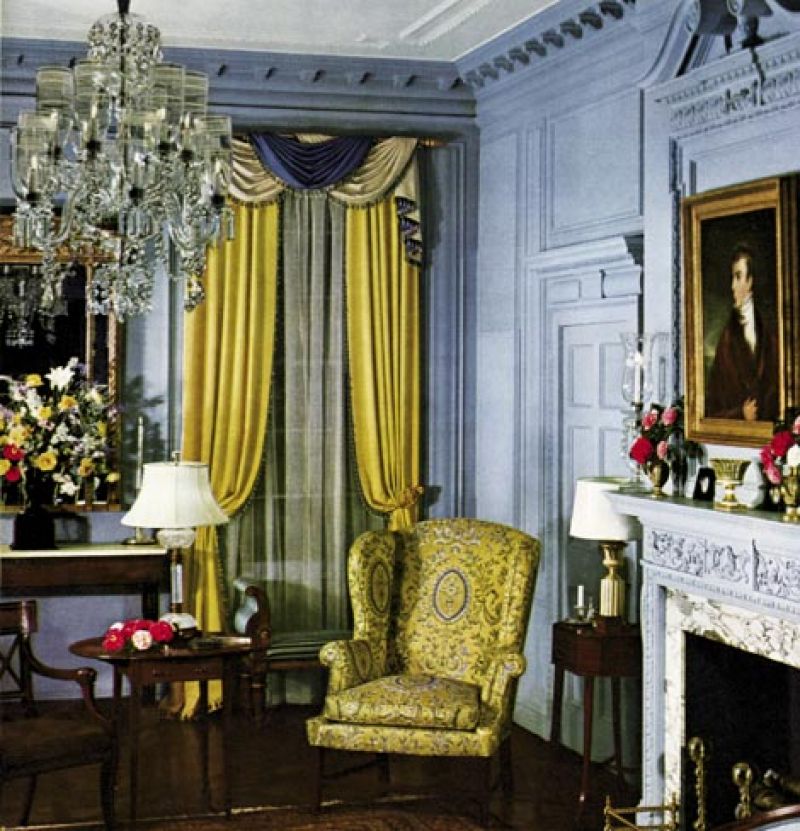 It’s not just summer—Charleston is hot! Ranked number one in destination travel listings and garnering media attention for its talented citizens, beautiful scenery, and award-winning cuisine, the city is riding an unprecedented popularity. Or is it?

Look back to the 1930s and ’40s, and you’ll find that Charleston was quite en vogue then as well. Tourists not only took away souvenirs, they wanted to find reminders of the Holy City and its lifestyle in their own homes and home towns. And where there was a demand, manufacturers and merchants stepped in.

Take the example of B. Altman & Co., one of New York City’s preeminent department stores in the 20th century. The flagship on Fifth Avenue offered shoppers a spot for lunch and tea in its elegant eighth-floor restaurant, Charleston Gardens. Stepping off the elevators, patrons were met with smiling waiters and seated in front of a soaring columned portico, with murals of Holy City green spaces surrounding them on all other sides. It proved so popular that Charleston Gardens restaurants opened in White Plains and Manhasset, New York; Short Hills and Paramus, New Jersey; and Radnor, Pennsylvania. And once revived by Southern fare, shoppers in Manhattan could return to the lower floors to tour the Charleston Rooms—designed by John Gerald, “a native of Charleston”—where decorators were eager to “duplicate this livability in your own home.”

While that grand devotion to the city was unique to New York, you could purchase examples of local style in department stores all over the country. By the late 1930s, Bates Fabrics was selling Charleston 1812 bedspreads that had been “Loomed to be Heirloomed.” Whether you had a rice bed or bunk beds, you could choose from the reversible, sunfast “Charleston Mosaic” pattern, one called  “Marion Square,” or the quilted “1776.”

Wallpapers came in four Lowcountry patterns. One, based on decorative ironwork, could be used nicely as a border. Women could mimic the colors of flower ladies’ “brilliant bandanas” in their luncheon tablecloths, and Charleston bouquets were mirrored in fabrics like Everglaz chintz and cretonne, “approved by discriminate women.”

In fact, the craze for the Charleston lifestyle was so great that in 1939, House & Garden magazine focused their March issue on the city. They featured design aspects of “old town houses” as well as “the great river estates,” included paintings of nine home interiors, and ran an article on local gardens penned by famed landscape architect Loutrel W. Briggs.

And you know what they say about history. This spring, Harrods department store in London used fashion photos shot in the Holy City in the April issue of Harrods magazine. They also created Charleston-themed window displays (complete with a joggling board) and showed images of the city on 79 LCD screens throughout the store. So, the fascination with local style, just like the pattern on those old wallpapers, keeps on repeating.