After spending long hours in the kitchen of Xiao Bao Biscuit, the downtown “Asian soul food” eatery he opened with wife Duolan Li in 2012, Joshua Walker isn’t too keen on making a complex meal at home. “I try to keep things streamlined,” says the former graphic designer who earned a master’s degree from Brown University before heading into the culinary field, even staging at David Chang’s Momofuku Ssäm Bar in New York. “At the restaurant, we take so many steps to create the best dishes possible. But at home, being efficient is key—putting in the least amount of effort to get great results. We keep things straightforward and simple.”

Yet simple doesn’t have to mean boring. After the couple married in New York in 2009, Li and Walker quit their jobs and spent a seven-month honeymoon touring Asia, learning about various regions’ food cultures and researching the culinary pizzazz for which their food at Xiao Bao is known. The trip also impacted their home cooking, as evidenced by the first dish offered up, a celery root and sweet potato salad with a creamy yuzu-based dressing. “It was inspired by our time in Tokyo,” Walker explains. “In New York, you might see street vendors selling hot dogs or peanuts, but in Tokyo, there are older men selling baked sweet potatoes from a cart. When I think about winter, I’m reminded of the warm street snack.”

Li follows the salad with a miso-crusted chicken that Walker says reminds him of one of his grandmother’s recipes. “It’s like an umami version of a 1950s pineapple chicken—it’s sweet, salty, and so comforting,” he says. “Plus, it only takes about a half an hour to prepare and bake.”

To round out the feast, the couple shares a classic fried rice recipe—one of the first Li taught Walker when they started cooking together more than a decade ago. Here, they add shrimp and crispy kale to dress it up, though other proteins may be substituted if you are short on the crustacean. “We buy ours from Tarvin Seafood on Shem Creek through the end of December,” Walker says. “Shrimp freezes so well; we usually put some away and have it as a little treat throughout the colder months.”

Sitting Down to Eat with Joshua Walker & Duolan Li

Business: Xiao Bao Biscuit
Live: Near Hampton Park with their cat, Kitsune
Married since: 2009
Moved to Charleston: 2010
Go-to snack: “I love a simple sunny-side-up egg with a runny yolk on toast with sliced avocado,” Walker says. 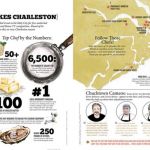 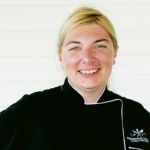 Entertaining during the holidays? Take cooking off your to-do list with the help of a personal chef. A few area pros tell us how it works