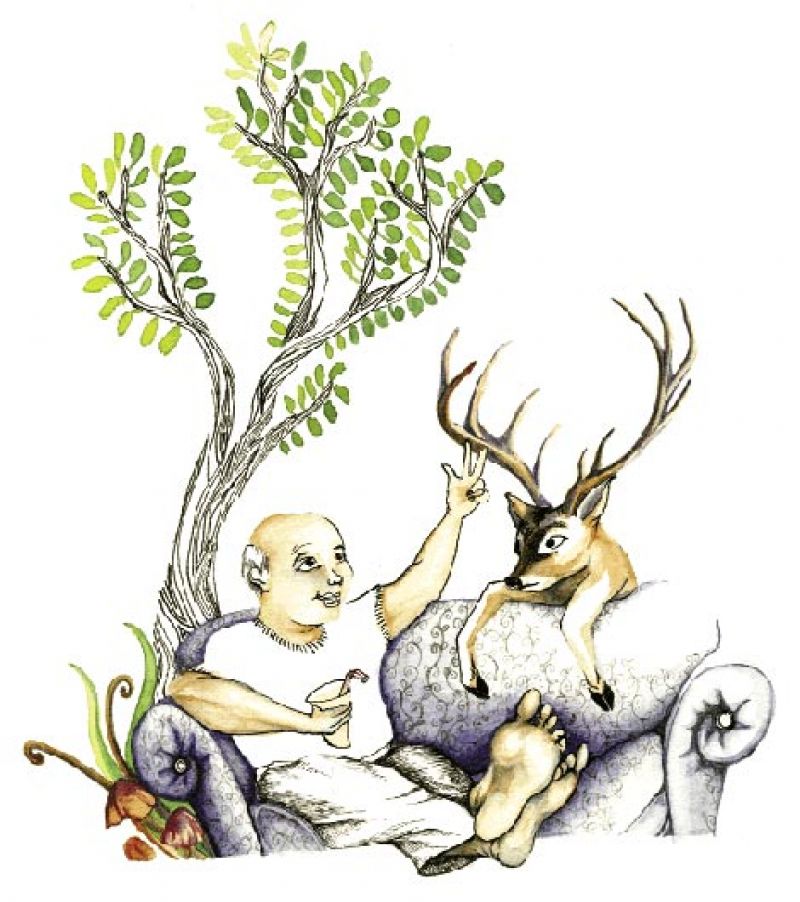 When we first moved to the Lowcountry from New York 20 years ago, I had to look up Charleston on a map. Since I grew up in a family that thinks Washington, D.C., is the furthest point south in the U.S., the entire region was a great mystery to me. My only sense of the place came from reading Pat Conroy’s novels, so I figured everyone had a shrimp boat and a very complicated family background.
It’s hard to say why I always knew that I belonged somewhere other than my native Massachusetts, but I did. When you come from a place where your ancestors were hanged as witches, maybe it’s natural to feel a bit uncomfortable. New Englanders, in general, are not a touchy-feely bunch, and despite an influx of generations of immigrants from all over the world, a kind of Puritan stoicism still exists there. I only knew that I longed for something different—a place where people let you know how they feel and listen to one another in ways that matter. It turns out, I had longed for Charleston.

When my mother, who was raised on a farm in Maine, first visited South Carolina, she couldn’t get over the way strangers stopped and talked to her. After taking a walk on the beach on Sullivan’s Island, she reported: “I really do look just like you; everyone I passed smiled and waved at me or said hello. Isn’t that something?” I hated to correct her, but that’s just the way people are in Charleston—unbelievably friendly.

The travel magazines call Charleston “the friendliest city in America,” and I couldn’t agree more. I especially notice this when I’m not here. While visiting other cities, I can’t get over the rudeness—drivers cutting me off on the highway, strangers ignoring a smile, and pedestrians looking away when I try to make eye contact. But the minute I land at the Charleston airport, I relax. I know that I won’t get yelled at if I mistakenly yank the wrong suitcase off the turnstile. I know that I will see at least three familiar faces. I know that I’m safe from cutthroat drivers when I pull out of the parking lot.

Here in Charleston, people have a wonderful capacity to share what they know and who they are. Something about this organic friendliness lends itself to storytelling, a skill that truly sets Southerners apart. The telling of a story requires dialogue, communication; and here, people talk to you. They let you into their lives. I have yet to meet an exception to this rule. It doesn’t matter where I go—from the doctor’s office to the grocery store—Charlestonians will always have something fascinating to say. It could be a story about their love life, their childhood, even their dog. It could be about a vacation, their mother’s health, what they ate for dinner the night before, or the state of their garden.

My first encounter with this extraordinary sociability came when the man from Sears delivered our washer and dryer to our first home here. After he had finished the job, he stood in our kitchen, drinking lemonade and asking me all about New York before launching into a 20-minute story about his trip to the Big Apple. He told me where he had stayed, what he ate, what he bought, what shows he saw, how his girlfriend broke her heel from all the walking they did. By the time he finished, I felt like I had been on the trip with them. I was dazzled by all this conversation.

Then came the neighbors! Little did I know that we had moved across the street from the most outgoing person in town, a warm-hearted charismatic woman named Pauline Sottile. Within days, she had invited my young sons and me over to swim in her pool. After two hours, I had met her husband, her grandsons, an aunt from Georgetown, and a number of cousins. I learned about her childhood, her job as a teacher, her faith. She told me where to buy shrimp right off the boat and the best place to get tomatoes, and she thrust a half a watermelon into my oldest son’s arms as we were leaving. In short, I had met my second mom. I felt like I had known Pauline my entire life. This sort of easy intimacy would have taken years to cultivate in my native soil.

My favorite Charleston storyteller, by far, is my plumber, Robert Varn. He’ll flop down on my couch covered head-to-toe in dirt from crawling under someone’s house, put his feet up, and begin. I may be on a conference call in my home office or working on a deadline, but when Robert begins to speak, I stop and listen closely. He can transition from deer hunting to the stock market and entertain me for hours. He makes me laugh until I cry. I’d pay to hear him tell a story.

I’m not sure if it’s the weather or the slower pace of life that allows people the time it takes to open up and tell a good story. It’s a lot of things, I guess. I have three sons, and only one of them was born in Charleston. He is our family storyteller and began spinning ghostly tales to his mesmerized third-grade classmates. Soon the word spread, and he was visiting other classrooms. When the PTA needed to raise funds, they asked him to tell stories onstage. He was 10.

It all comes down to paying attention to one another and sharing something of yourself with the people you encounter along the way. Charlestonians have turned this into an art form, so it comes as no surprise that some of the most popular writers in America make their homes here. It must be something in the air or water, or maybe it’s the way the sky is always suffused with color and light. Whatever the reason, it’s a warm and welcoming place for all who come here.