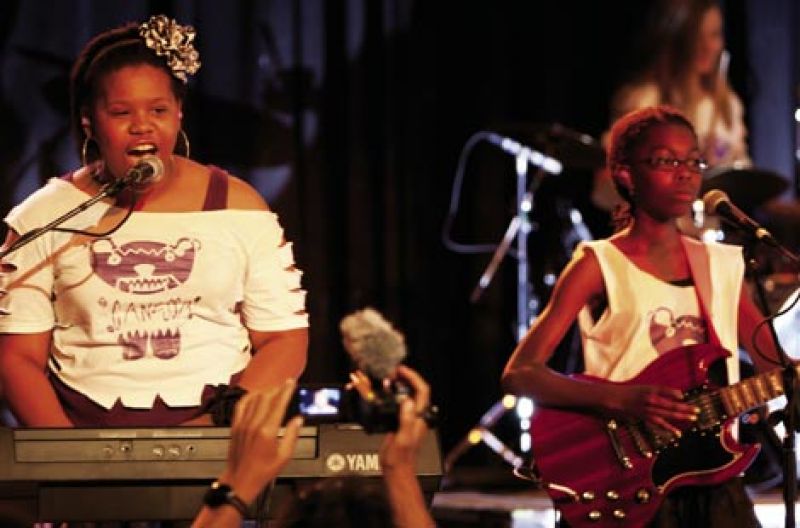 When most of us hear “band camp,” images of sweaty tweens ensnared by tubas or bug-sprayed kids belting “Kumbaya” march across our minds. But thanks to the six funky femmes who founded Girls Rock Charleston, you may change your tune.

This month, some 60 young ladies will descend on Ashley Hall for the nonprofit’s second annual rock camp, a weeklong program that has transformed music enrichment into music empowerment. Strong female musicians are underrepresented in Charleston, explains cofounder and Southern Femisphere guitarist/drummer Kim Larson, so by plugging into a local network of volunteers and establishing a noncompetitive artistic environment, “we enable girls to find their voices through music and creative expression.”

Sure, the camp stages sing-alongs, but you won’t hear “On Top of Spaghetti”—instead, counselors encourage the kids to pen original songs. Last year, participants produced singles like “Pikas Eating Blue Cheese in Outer Space” and “C Ur Face.” And with a diverse roster (participants range in age from eight to 16 and hail from all economic backgrounds) plus a killer lineup of guest performers (including local lady spinner DJ Lanatron and drum corps Cakalak Thunder), this summer’s session promises to be equally electric.

Girls spend the mornings being coached in their chosen instrument or vocals, then head into workshops on subjects such as zine making and screen-printing, self-defense classes, and music “herstory” discussions. Later, they break up into bands for jam sessions. “Some of the best moments happen when we leave the room and the kids work together to produce something awesome,” says cofounder Sarah Bandy, Halsey Institute librarian by day and ukuleleist with the Local Honeys by night.

At the end of the week, the curtain goes up on the campers’ top songs with an open-to-the-public concert at the Music Farm on July 14. In 2011, 300 fans rocked out to punk, experimental, and hip-hop sounds staged by groups such as The Electric Angels, Galaxy Girls, and The Wild Neons. For Larson, the high note was watching the girls “pump each other full of positive energy” and gain enough confidence to share their talents on stage.

Once this year’s camp wraps, the Girls Rock crew will begin working to create a year-round after-school program that would offer dedicated space for band practices, music lessons, an instrument lending library, and more.

Tune in to girlsrockcharleston.org for details on this month’s concert as well as upcoming fundraisers where you can support some of the Lowcountry’s most rockin’ little gals.