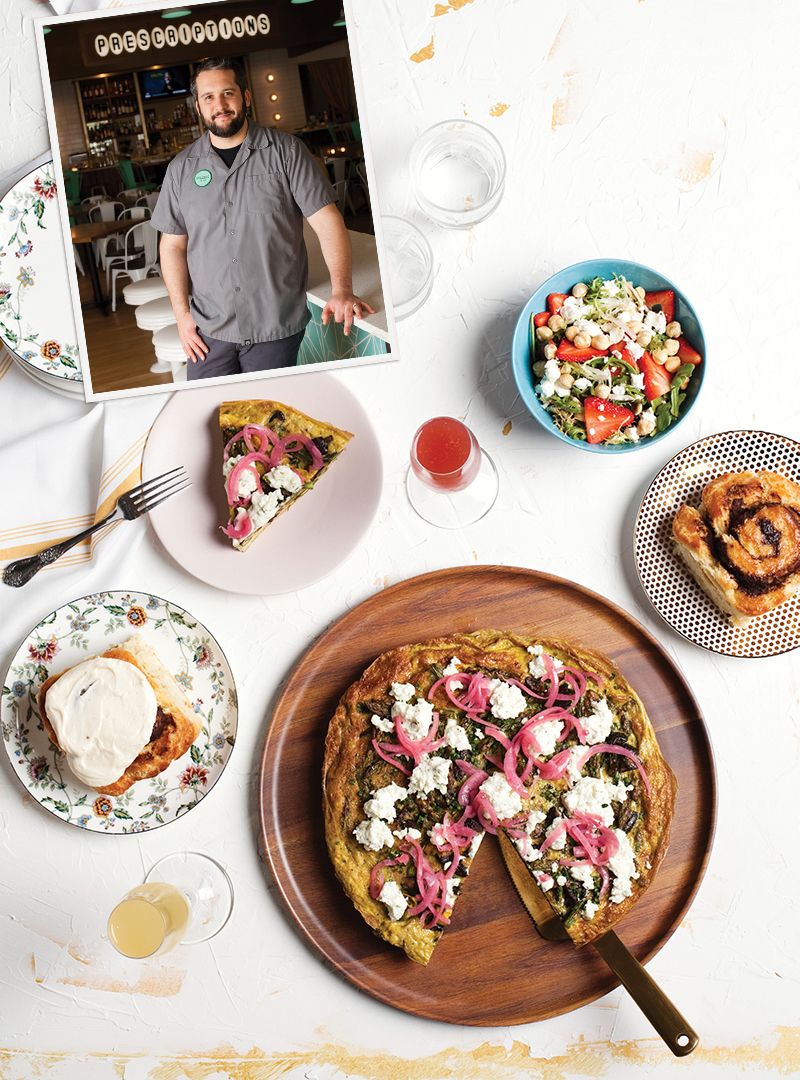 As executive chef at Millers All Day, Joe DiMaio brings to the table more than a decade of professional experience that has exposed him to an eclectic range of cooking styles. The young chef’s unique perspective on food took root during childhood. “I’m Italian on my father’s side and was raised in Eastern North Carolina by an Irish mother from South Philly,” says the Pennsylvania native, who spent his teens working in country club kitchens along the Grand Strand. After earning his culinary degree from the Art Institute of Charleston, DiMaio quickly advanced through the culinary ranks at Old Village Post House and The Sanctuary Hotel’s Ocean Room, where he met celebrated chef Nathan Thurston. These friends have since teamed up on multiple projects, including Stars restaurant, where DiMaio was named executive chef by age 23; The Darling Oyster Bar; and most recently, Millers All Day. Since joining the brunch-centric hot spot last year, the affable chef has worked to create a welcoming environment for both patrons and staff. “And I’m home in time for dinner,” says DiMaio, who lives with his wife and two children in Mount Pleasant. 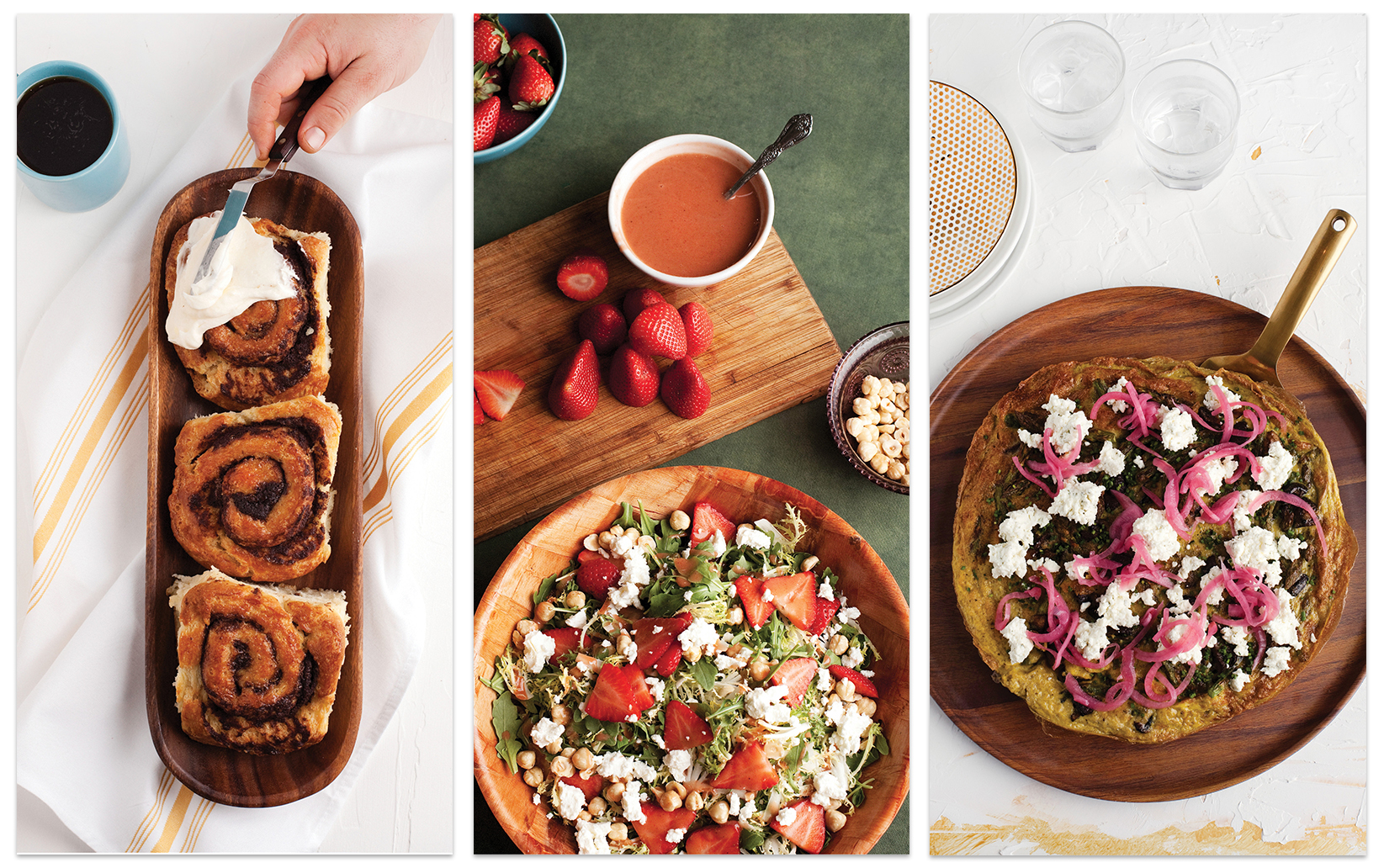 ■ Morning Glory: A bit of advanced prep allows you to hit snooze and still enjoy a full brunch. A day or two ahead, prepare the pickled red onion and whipped feta for the frittata, the filling and cream cheese topping for the cinnamon rolls, and the salad dressing. If you really want to sleep in, the night before brunch, prepare the cinnamon rolls right up to the baking step, and then cover the uncooked pinwheels on a baking sheet with plastic wrap and store them in the freezer. The next morning, remove the wrap and they’re ready to go directly in the oven without any adjustments to baking time.

■ Suit Yourself: The frittata recipe is extremely flexible, says the chef. Try swapping the asparagus and mushrooms for other veggies as the seasons change—peppers, corn, tomatoes, eggplant, summer squash, and green onions all work nicely, or add in breakfast meats like bacon or sausage.

■ Cold Fusion: “The dance between freezing and rolling can be tricky,” says DiMaio of the cinnamon roll recipe. Before the dough gets rolled into a log, it firms up during a short stint in the freezer. When removed, it should feel stiff but also pliable. If the dough seems too hard to work with (you don’t want it to snap in half as you’re rolling it), wait a few seconds for it to soften. “You have to use your gut a little when using this recipe,” says the chef.

■ Leftover Love: Pour any remaining salad dressing over roasted chicken as a sweet and slightly sour sauce. Or toss berries in the dressing, and then spoon them over ricotta for a flavorful snack.