Lowcountry Fiction Contest, A Roof the color of Desire (2nd Place)
January 2009
WRITER:
Patricia Vicino
Follow artist Edward Hopper as he chases his muse through the streets of Charleston 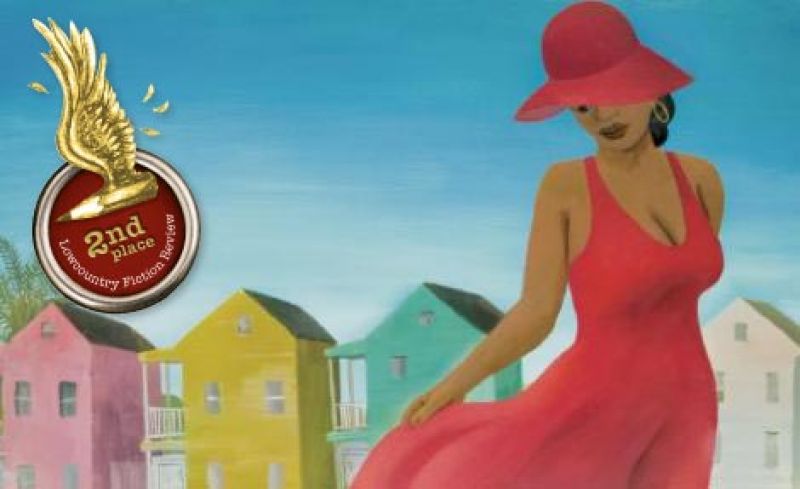 Hopper picked up his pencil and looked into the light. The empty slab of sketchbook paper glowed in the gathering heat. He fixed his gaze on the house, his cold blue eyes a surgeon’s with a scalpel. He had captured its cumbersome lines, the slat of shutter and the swing of gate so effortlessly just the afternoon before. But today, he sat across the street, his gaunt frame as awkward and sprawling as the blank page. The warm April sun mocked him by throwing shadows across a façade he was unable to draw, and the scent of Confederate jasmine made him sneeze. He muttered a curse, then mopped his forehead with a worn kerchief before blowing his nose and cramming the bulky square into his pocket. He slammed the sketchbook shut, then lumbered to his feet and shuffled down Society Street back toward the Wulburns’ house.

He did not feel like himself. Maybe it was the gathering humidity pressing down on him like a sponge. The Charleston streets, so rich and picturesque over the past two weeks, now seemed wilted into the ordinary. The bright, warm luster of the subtropical air had so enchanted him when he first arrived at the rented rooms on Tradd that he immediately dropped his things and sat down to sketch the view from the second-floor window. Such impetuousness was unknown to him, and he blamed the Southern air, magnolia-tinged and soothing as a balm. He allowed it to coax him out of his usual reticence as he walked along the streets, sketchbook in hand, offering a tight smile to the friendly locals and a guarded yet curious glance at the negroes. He had even chastely kissed his wife, Jo, the model for all of the women in his paintings, and lowered his arm down to her petite shoulders on their walk home from dinner last night. She stared up at him in surprise before settling under his shadow, her short legs out of sync with his sweeping, lugubrious gait.

They had traveled out to Folly Beach in the car that first week, Jo tying a bright scarf over her dark hair to shield it from the sun’s glare and his easel and watercolors bouncing in the back seat as the Dodge purred toward the dunes. Once there, it was not the ocean, but the trees that fascinated him, their stiff palmetto fronds raking over the rippled sand. Hopper made several sketches, his gaze tracing the contrast between light and shadow, trunk and leaf, sea and shore. He took a deep breath and almost removed his hat before remembering Hutty’s stern warnings about Southern sunshine. Still, he tipped it back a bit to allow the edge of his nose exposure to the warmth. Jo perched in the sand 20 feet away, sketching and humming, and between that and the seagull songs, he almost felt content.

That complacent feeling now utterly escaped him. Two weeks into the trip, the imposing heat had borne him back to his Northern self—stern, pale, and glowering. With one full week left in Charleston, he was once again sick of his wife. Her chirping enthusiasm irritated him, along with her long-suffering piousness. The gracious spread of stately houses along his routes grew repetitious. Even the people evoked his ire, with their lazy drawls and relaxed smiles. He craved the quick, darting energy of New York City again, its dirty shadows and maze of hurried streets rendering him anonymous.

Here, he felt like a curiosity, scrutinized by the locals and gossiped about with their funny talk. Yesterday he had almost snapped at Mrs. Wulburn when she offered him sweet tea on his way up to the second floor. He was tired and sweaty and in good need of a nap. Just in time, Jo’s gracious decline stayed his tart remark, and he continued up the stairs as churlish as a sleeping bear. He passed the window facing Ashe’s house without pausing and lowered his frame onto the precisely made square of bed. Downstairs, Jo’s singsong voice grated into the edges of late afternoon light.

This morning, he woke and, like a drill sergeant, folded back the blankets, stepped out of bed, and pulled on his clothes. Jo’s dark hair, streaked with silver, splayed across the alabaster pillow. She turned her head as he impatiently tied his shoelaces, her drowsy face forming a question.

“I’m going out,” he barked, yanking his shoes finished. He grabbed his hat and sketchbook and stepped through the door, firmly tapping it shut behind him before lumbering down the stairs.

Hopper leaned on the low wall opposite 56 Society and opened the book. He looked at the house, then into it for several minutes, finally settling on the doorway. How strange that the houses here were sideways and yet still had front doors. This dissymmetry unsettled his organized eye, his focus thrown askew. Now even the slim pencil poised above the sketchbook felt alien in his large hand. The blank white page swam in front of his eyes, mocking him with emptiness.

He felt a cold stab of panic rising up, and he struggled to quell it with hot fury. Damn this city with its soft, pastel light. Damn the guesthouse and Mrs. Wulburn’s whiny nosiness. Damn his wife and her cheery, garrulous charm. And damn painting for good! He snapped the pencil in half and flung it down the sidewalk.

A red hat sliced into his field of vision, a floppy comma of scarlet. Startled, his eyes followed the crimson curve and then lowered to the figure underneath it. A mulatto woman, her nutmeg skin glowing under a sweep of dress as red as her hat, strode down the sidewalk with coltish steps. She looked at him, her amber eyes so opposite the languid streetscape surrounding them both. He felt burned under her stare, but he could not look away. He met her irreverent glance, and undisturbed, flippant even, she continued down the street.

Hopper’s stoic foundation dissolved against the flash of color, a stain against the pastel landscape, and uncharacteristically, he dove. Edward Hopper, a slow, studious, deliberate man, actually bolted up before remembering himself. He stood for an uncertain moment, dizzy from rising so quickly and confused by acting on instinct.

“The hell with it,” he mumbled and followed her down the block.

She walked fast despite her black pumps and the uneven pavement. Hopper’s head swam with the fire of her billowing skirt. She swept down Society Street, preening at her image in the storefront windows. Two white men talking at the corner of East Bay stared her up and down then glared as she passed, but he could detect a hidden glimmer of desire in both of their looks.

Hopper slowed his long stride to a casual pace as she crossed the street. His sense told him that appearing too interested in this woman could somehow be dangerous, but for once he didn’t care. After 47 strictly regimented years, he had forgotten the meaning of the word. At the very least he wanted to sketch her. And at the very most….

She turned onto a new street as Society dead-ended. Hopper followed, warily gazing around him at the dilapidated neighborhood a stone’s throw from the docks.

Hips gently swaying, she walked up to a large, ramshackle white house. It stood tall, imposing, three stories beneath a curiously bright red roof. The windows hung open to the humidity, and the building held an air as careless as the woman who now trotted up its broken, uneven steps.

Just before she entered the door frame, her lovely back to Hopper, she stopped and turned her head in his direction. He held his breath. Her subtle movement was somehow like a flower twisting on its stem. He stood, transfixed, as a smile flitted across her lips, toward him, and then she dissolved into the shadows.

He retreated into the afternoon glare. She was all blood and pulse in this laconic Southern city, and he felt his heart thudding in his ears. He was suddenly feverish with the compulsion to sketch. He needed to capture her lines, the set of her shoulders. The book was there; his sweaty fingers almost slid across its cover—where was the pencil? With dismay he remembered breaking it in frustration. He quickened his steps, down Washington, Society—where had he sat? The street appeared as hazy as if surfacing from a dream.

Somehow he felt the broken pencil before he saw it, settled against the lip of curb, the bottom half sprawled among crushed azalea petals. He lifted the jagged stub with pale fingers, flung open the book, and scrawled dark, certain strokes into the fresh snow of paper.

On his last morning in Charleston, Edward Hopper stood towering over his easel. How many sketches had he made of her? After all of his drafts he was finally ready to paint, but before he captured her and left this city, he wanted something of her world. The white house with the red roof he had also sketched, returning to the bold irreverence of its frame, the slice of door and span of board, as often as he could without evoking suspicion.

He turned now to his watercolors, his eyes dissecting the hues: burnt sienna, yellow ochre, Prussian blue. He imagined the canvas blooming into being beneath his smudged fingers. Chinese white for her house, ivory black for the slit of bedroom window, like a closing eye shadowed by lashes. Now the pitched roof of faded crimson, a roof the color of desire. Beneath it he could imagine himself blossoming inside the texture of her skin, the dark rooms of her house sultry with warmth. He plunged his brush into vermillion, and the color swirled and caught, a bleeding poppy of rapture. Then he raised his arm and lifted the brush to the canvas.

ABOUT THE AUHTOR
“When I learned that artist Edward Hopper worked in Charleston briefly in 1929,” says Trish, “I started studying his paintings, one of which depicted 58 Washington Street in a working-class area along the docks. The house sharply contrasts with his other Charleston paintings, so it intrigued me. I realized I wanted my story (“A Roof the Color of Desire”) to answer the question of why he chose this location, and I imagined the woman as his muse. Once I decided that was where she lived, the rest of the story just fell into place.” An English teacher at James Island Charter High School, Trish holds a BA in English and an MA in writing and takes classes with The Citadel’s Lowcountry Writing Project.