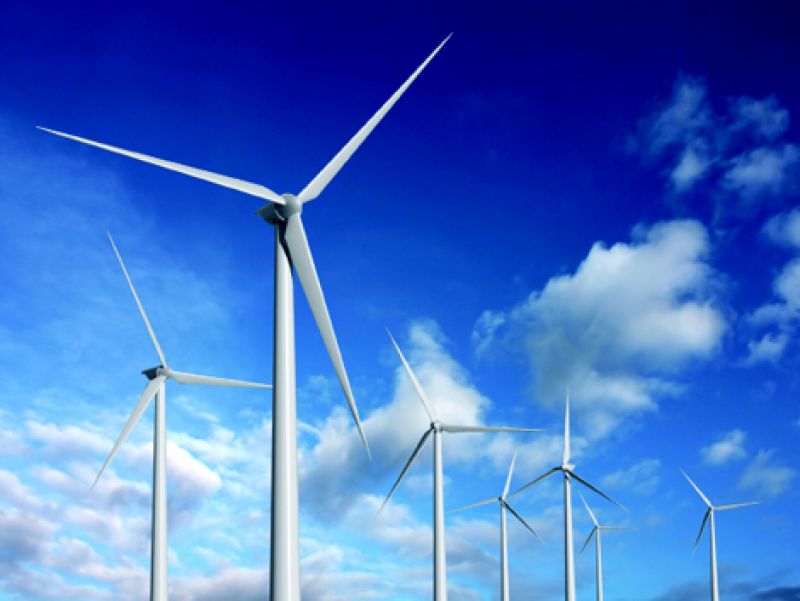 With their sights set on a brighter future for South Carolina, these four residents have put their dedication and innovation to work today to transform their respective fields—community, politics, and technology—into industries of change for tomorrow


What if the measure of being good at your job was working yourself out of that job? That’s exactly the aim of Metanoia Community Development Corporation founders Bill Stanfield and Evelyn Oliveira. The husband-and-wife team began the group in 2002, when, as Princeton Theological Seminary graduates funded by the Cooperative Baptist Fellowship of South Carolina, they were tasked with seeing what could be done about the North Charleston Chicora-Cherokee neighborhood, home to the most poverty-stricken children in the state. The couple embarked on a year-long listening spell, during which they moved into the area, talked with residents about what they wanted for themselves, and then set out on a multicity community development study tour.

In Chicago, the pair learned about asset-building development, a paradigm shift in the traditional approach to community building. Previous practices typically entailed outsiders assisting those most at-risk and perpetuated a cycle of poverty in which staying needy yielded more benefits than becoming self-sufficient. The difference between the old and new tactics, explains Stanfield, CEO of Metanoia, is like that between a ladder and a safety net. “There are plenty of groups and agencies acting as nets,” he says. “There aren’t so many ladders. While we do need safety nets, if all we do is build more of them, people just sit in them, creating dependent communities. Taking the asset-building approach, we envisioned a ladder community where those who can climb, climb.”

Metanoia’s programs mimic a meritocracy in which good works and potential are rewarded. But the zinger lies in its ultimate goal: to get residents out of poverty but not necessarily out of the neighborhood. Rather, the mission is for inhabitants to thrive and make the community viable. And who better to shepherd in that reality than experienced neighbors who know what it takes and are committed to helping others who want to help themselves? The angle is evident in the pledge that Metanoia’s after-school program participants recite daily, a promise to love themselves, God, and their neighbors. “As a leader,” it begins, “I am pushing to make the world a better place starting right here in my own wonderful neighborhood.”

As for the ladders? The first was built seven years ago with the after-school program. Today, area elementary school kids flagged for their leadership skills head to St. Matthew Baptist Church, where Metanoia is housed, for character-building exercises, hot meals, and homework help. To address students year-round, a summer school focusing on much of the same came to be, and after-school programs for tweens and teens help participants run businesses (their jewelry and print shops earned nearly $3,000 last fiscal year) and learn to save (First Citizens Bank matches every dollar a kid puts away for college). Test scores have risen, grades are becoming As and Bs, and older kids who came up through Metanoia’s programs now work with the younger set. “The cycle’s starting,” says Oliveira.

Adults win as well. Half of Metanoia’s board of directors live in the community, participating kids’ parents volunteer at least four hours a month to the organization, and several families live in homes that Metanoia rehabbed or built with construction crews staffed in part by Chicora-Cherokee residents. Streetscapes are changing, too, as Metanoia begins to transform one commercial building into a youth entrepreneurship incubator, commissions affordable housing development site plans, and talks of repurposing an elementary school into a senior facility.

While Oliveira stepped down as director of youth programs to be a full-time parent in 2008 (she’s currently interviewing for the second of her successors), she explains that Stanfield is “doing more grant writing and coaching than directing.” It seems they’re getting closer and closer to that end goal to work themselves out of a job.

Tim Scott is a self-described “bleeding-heart conservative,” a quality that would seem unremarkable in most of South Carolina were it not for the color of his skin. When asked if the elections of 2010—which swept a new wave of conservatism into D.C. on a tide of tea—were revolutionary, he pauses a moment and says, “I define it as a significant moment in the history of America.”

Boy, was it. Scott is the first black Republican in South Carolina elected to Congress since Reconstruction. He joins a freshman class remarkable for its diverse ethnicity and for its preponderance of Rs. A former Boys State delegate, Scott has quickly emerged as a leader, representing 80-plus newbies on the Elected Leadership Committee and serving on two choice committees (rules, and transportation and infrastructure). He’s also forging his own path, evidenced by his declining senior statesman Jim Clyburn’s invitation to join the Congressional Black Caucus.

That’s pretty heady stuff for a self-made insurance man who grew up poor in the mid-’60s South. Scott admits to nearly dropping out of school as a teen, attributing his eventual academic success to an unlikely friendship with the proprietor of a local fast-food chain. Beyond motivation, that mentor relationship instilled in the future leader a passion for giving back. “The simple fact is, I love people, and people are teaching me every day the value of community and helping each other,” says Scott, who has served many charities over the years. “I’m an idealist. To me, it’s more about what we can be as a country and a people. Most important is where you want to go, the next question is why, and then the how gets easier.”

Scott’s “how” has been pretty dramatic: a meteoric rise from County Council member to chairman to state rep to a U.S. Congress tasked with serving a grumpy electorate and reviving a recalcitrant economy. He cites the powers he believes will fuel the future: capitalism (“two thirds of the country agree that capitalism by and far can have the most positive impact on our country and economy,” he says) and strong families and community. “I believe most people are of a good nature. Given proper conditions, they will make the best decisions for the overall community. My election gives clarity to that. South Carolina has lived under a bad reputation for a long time, and it’s not deserved.”

He also espouses a belief in transparency, accountability, and effective and efficient government, which drives his support of the consent to ban earmarks (a move Tea Partiers applaud), such as those sought to deepen Charleston’s port. Scott is surely aware of the port’s role in the state’s future and agrees that the project deserves congressionally directed funding. “But the process should be competitive, merit-based, and open,” he says. “Most Americans have a problem with doing it in the dark of night as part of a deal.” When asked, in the short-term, if he’s willing to let the Port of Charleston—and the state’s economic future—languish in the absence of earmarks, Scott demurs: “I am confident the letters and conversations have already happened. Senator Graham has requested of the President that funding for the port be placed in the budget for an up or down vote.”

Now, as he’s juggling a robust schedule in D.C., where he rooms with a fellow freshman to keep costs down, Scott plans to spend as much time as possible in his home district. “The key is to be a servant. My hope is that I can qualify to serve at least a few terms in Congress. And then, who knows?”

Millions of years went into producing the fossil fuels we rely on today. “We can’t just expect another batch to be ready by the time we need them, which is going to be soon,” says the pragmatic Nick Rigas. And that’s why this chemical engineer has made harnessing the wind his imperative.

In 2009, armed with $45 million in federal grants and $53 million from public and private supporters to fuel South Carolina’s race for renewable energy, Clemson University tapped the then 48-year-old (a former professor at the school) to head its new wind turbine drivetrain testing facility. Offering dazzling promise for the future, the project shines as a star in the school’s nascent Restoration Institute (CURI). The 86-acre center is a veritable time-lapsed snapshot of Charleston’s economy—a cutting-edge complex located on the Old Navy Base. Where sailors and shipbuilders once toiled, today researchers are creating the region’s next engine of prosperity: renewable energy.

A cog in an entire ecosystem of sustainable power, the turbine-testing program tries and certifies gargantuan wind generators headed offshore. Once installed, these behemoths will become carbon neutral in six to eight months, meaning they’ll generate enough clean electricity to offset the carbon produced in building, shipping, and installing them. Best of all: the turbine drivetrains that Rigas’ North Charleston team tests will produce five to 20 megawatts of energy—enough to power 1,250 to 5,000 homes for a full year.
In addition to facing intense days and a challenging travel schedule as director of the facility—which is slated to open in the spring of 2012 and will be the world’s largest wind turbine drivetrain testing facility—Rigas leads the institute’s Renewable Energy programs. He represents the drivetrain operation in negotiations with potential partners, works with businesses considering moving to the Lowcountry, and recruits scientists to work at CURI.

Renewables are new to many, but not to Rigas, who saw the greener light in the ’90s while heading global operations for a North Carolina chemical manufacturer. “One of our biggest expenditures worldwide was energy, so we started looking for alternatives to gas, electricity, and fuel oil,” explains the researcher, who spent more than a decade seeking to help the manufacturer shake its reliance on fossil fuels. That search led him on an international tour of Asia, South America, and Europe, where countries were especially open to energy alternatives because they lacked fossil fuel reserves. “They needed to import, and that made them vulnerable,” he explains.

“The era of cheap energy is over, and it isn’t coming back,” he says, adding that he supports the federal government’s decision to ban oil drilling off the Carolina coast until at least 2017. “The public and politicians were being sold a bill of goods on oil rigs. Tell me how many jobs, really, they would produce in South Carolina? And at what cost?” Meanwhile, wind is expected to drive prosperity. The CURI facility will create scores of direct jobs, and indirect investment has already commenced with the arrival of IMO, a German wind industry-related manufacturer that could ultimately employ 190 workers and generate $47 million in the area economy.

But for the business-man-turned-academic, the pursuit of sustainably sourced power isn’t only about dollars and good sense. “This is much more than a job for me; it’s a real passion,” says Rigas, who believes we have a responsibility to protect our environment. “The next generation deserves an opportunity to excel and succeed. The last thing I want is to have my kids curse me, saying, ‘Why didn’t you try to make it better?’”