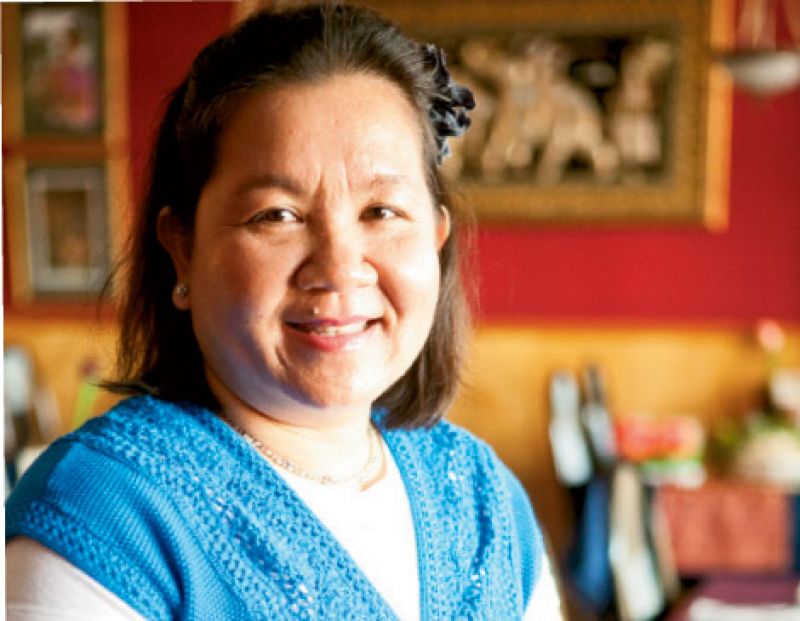 All it takes is a few warm breezes, and we’re ready to replace winter’s hearty fare with menus cool and light. And how better to herald spring’s March 20 start than with a dish named for the season? “Spring rolls are called this because they use all fresh ingredients,” says Noch Lor, co-owner and chef of Mount Pleasant’s Pattaya.

Raised in Thailand, she grew up on the traditional dish. “My mother prepared all different kinds,” says Lor, who arrived in the Lowcountry in 1979. Nearly 20 years later, she and husband Say opened their Thai restaurant so that Lor could work while raising their children. But it doesn’t take an Asian cuisine expert to make these healthy treats. “It’s actually very easy,” she encourages.

The part that takes practice? Rolling the ingredients inside rice paper. “The paper is fragile and should only be soaked in warm water for 10 or 15 seconds. As soon as it starts to soften, pull it out,” advises Lor.

As for the ingredients, a traditional version packs shrimp, pork, bean sprouts, and lettuce, but experiment with most any meats, vegetables, even fruits, that you like. “You can store the rolls for up to five hours in a sealed plastic bag at room temperature,” says Lor. “After that, the wrappers begin to harden.” Sounds like the perfect excuse to have guests over and eat up!