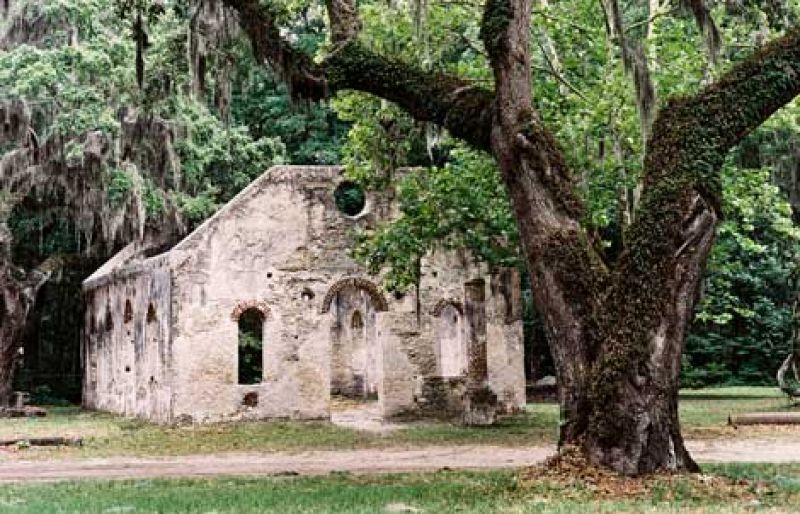 In a white, one-room building on St. Helena Island, Joseph “Rev.” Bryant started singing “Oh Lord, come by here.” His voice filled the spare, shed-sized praise house, with its benches of narrow boards nailed together,
one bare bulb in the ceiling. After the spiritual, Rev. got back to telling stories—talking fast and mixing in Gullah-Geechee pronunciations. He spoke of plucking fiddler crabs from the pluff mud as a child and of “sour sally,” the red flowering sourgrass weed “that you can suck on when you’re walking and you get thirsty, but it’ll put a real knot in your face—more sour than a lemon.”

Taking a driving tour with this Navy veteran and ordained Baptist minister was the highlight of a recent trip to Beaufort, 70 miles south of Charleston, where the ties to Sea Island and Gullah culture are abundant. I spent a couple days discovering some new (to me) places around the bend-in-the-river town that was first charted by Spanish and French explorers in the 1500s. Beaufort never fails as a destination for a good day or overnight trip. With friends and family, I’ve gone for stays at the rambling Beaufort Inn and the Best Western that’s right down on Bay Street across from the marina; to Bateaux for dinner and to Saltus for drinks and sushi; to walk beside the Beaufort River at the Waterfront Park (and if kids are along, to go to the mod playground there); and to catch a carriage ride to see the childhood home of Pat Conroy or the 1850s house where The Big Chill was filmed.

On this trip, the idea was to mix fresh experiences with favorite haunts. I’d heard lots of good buzz and wanted to try Wren, the new European market and bistro with an “urban comfort” interior design on Carteret Street downtown. I would stay at the Rhett House Inn, because on other visits I’d always wondered what it would be like to have breakfast or cool drinks on the long, white-columned piazza. I would happily ply through a paper basket of fried shrimp at Nippy’s Fish and cruise miles of the nearby Sea Island roads lined with wild grape and honeysuckle.

The Rhett House has a reputation as a hideaway for the famous—everyone from Robert Redford to Gwyneth Paltrow to Dennis Quaid has stayed there—proven by the snapshots displayed in the parlor downstairs. But the majority of the inn’s framed art is a different sort of photography altogether. Hung mostly in gold frames is a collection of Rodney Smith’s black-and-white images of figures and scenes to rival that of any gallery. (And Smith’s prints have been shown in most of the big ones.) This simple elegance appears in the furnishings of the inn, too, with dark wood chairs in the breakfast room and on the piazza, white tablecloths, fresh flowers, and the airiness of tall windows and the photographs on the walls. It turns out that the master photographer is the brother of one of the owners, Marianne Harrison.

She and her husband, Steve, bought the early-1800s home in 1986, turning it into a 17-room inn. They’ve split time between Beaufort and their apartment in New York ever since.

The small town’s charms attract interesting newcomers. That night at Wren, one of the young owners, Cincinnati native Anne Sergent, explained that she’d visited Beaufort for the first time a few years ago and almost left after one night because “the streets were dark, there was nothing to do.” Or so it seemed. The next day, on the advice of Steve Harrison at the Rhett House, she stopped by a wine and cheese store on Carteret Street and was immediately smitten by the gourmet European offerings. She struck up a conversation with the owner, bought some food for a picnic to take out to Hunting Island State Park, and took in the natural beauty. Later that week, she put in an offer to buy the Sea Island Wine & Gourmet. After pumping up the menu with more prepared food, including a best-selling toasted pecan and cranberry chicken salad, Sergent closed the busy shop in December to open an expanded version, Wren, a few doors down. “Our chefs laugh all the time, asking, ‘Who would’ve thought you could build this restaurant off of chicken salad,’” she says.

Set in a high-ceilinged former cola bottling plant, the bistro, bar, and market is decorated in soft shades of sand and white with twiggy dining chairs and a wall-sized wine rack made of antique barn wood. I tried Wren’s stepped-up variation of shrimp and grits, something they call “sea grits” that includes scallops and lobster—which went well with the white Bordeaux the server recommended. Later, I stopped by the market side of Wren to pick up what turned out to be the best baguette I’ve had this side of Paris, along with some chocolate-covered figs from Spain and a wedge of herbed chèvre cut from a wheel just unwrapped from France.

Chic and gourmet is perfect on many occasions, but there are the moments when you’re just craving something fried. That’s what I was looking for the next day at Nippy’s Fish on West Street downtown. It’s a tiny seafood bar that may seat only a handful of people inside but has picnic tables, extra chairs, and a fire pit in the big parking lot beside the building.

When I got there, well after the lunch rush, the line cooks had just put a couple dozen burgers on the grill. “That’s our secret,” the woman at the register said, explaining that the hamburgers are seared and marinated a day before they’re cooked to order and served, a technique carried over from an earlier business, named Pappy’s, in the same spot. (Along with some seafood, I knew I had to have one of those burgers. My order was a “mini” for $3.25, but served “all the way” with lettuce, pickles, and tomatoes, it was stacked high enough to be a two-hander.) The rest of the menu is just as interesting: flounder tacos, shrimp tacos and shrimp burgers, hot dogs with slaw or sauerkraut, and a locally made “shrimp dog,” which was more like a sausage than a hot dog, with shrimp, rice, and seasonings in the casing.

The seafood feast at Nippy’s came after my morning with Rev. Bryant. Describing himself as “the real deal,” Rev. has a Gullah tour business, the kind where he’s a passenger in the tour-goer’s own car, giving directions and pointing out sites on St. Helena and nearby islands. He rides along and tells stories and describes the scenery he knows so well from driving a school bus for many years—the family and community names (often from former plantation owners), the Reconstruction-era houses that are still standing, the cottage Martin Luther King Jr.
used as a writing retreat, and the dirt road you can follow a ways to see a 19th-century Gullah cemetery. The morning I went along, he fell into song when we stopped inside one of the community praise houses, where Rev. explained that descendants of formerly enslaved Africans still meet between church services to share information, pray, sing, and shout. I sat and listened, letting the sights and sounds sink in, then thought about what an historic and cultural treasure we have in Beaufort and St. Helena Island. Glory be. 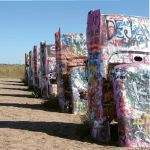 Tales from the Road

Reflections on a journey to discover the character of a country 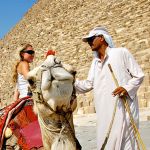 Five encounters during our intrepid traveler’s year of living dangerously. 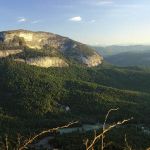