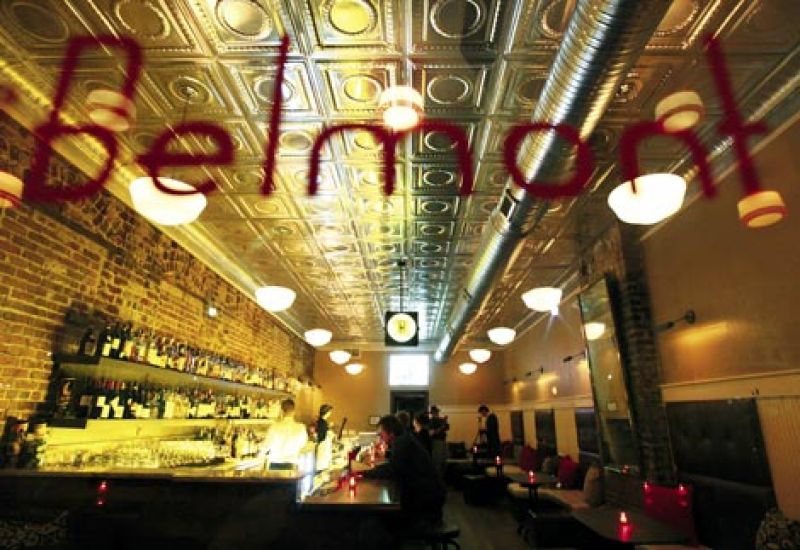 Before the appetizers arrive, diners take their first taste of a restaurant simply by stepping inside. And when architect David Thompson serves as the chef de design—as he has in some 40 Lowcountry restaurant projects— the dining experience is certain to be savored. Since opening his own firm in 2010, Thompson has dished out interiors for several deliciously designed spots, including The Grocery, Butcher & Bee, and the soon-to-open Craftsmen Kitchen & Tap House. Previously with Gibson Thompson Guess Architects, he also partnered with Reggie Gibson to cook up plans for Wild Olive, Louis’s Las Vegas, FIG, Fish, and more. Like the farm-to-fork chefs with whom he collaborates, Thompson understands that the recipe for a special meal includes a well-seasoned theme, local ingredients, and fresh nods to tradition.

Whether he’s serving up a fine dining or casual establishment, this designer brings to the table a culinary curiosity fed by eating adventures around the world, as well as insider knowledge gained from top chefs like Mike Lata, Kevin Johnson, and Louis Osteen. “They tutored me in industry lessons an architect wouldn’t necessarily know. And Reggie taught me that it’s about how a restaurant works as much as how it looks. You have to handle the dirty parts: the grease traps, deliveries coming in, dishes going out, and bathroom code requirements,” explains the Virginia native.

When he arrived in 1999, Thompson and his wife spent their savings “eating our way through Charleston.” And he still relies on “field research” to gather inspiration. “I eat differently than others, taking in the room as much as the food. I look at how designers have solved problems, used opportunities, incorporated materials. I photograph thousands of booths, bathrooms, and lights.”

While lighting may flavor a room, Thompson views the bar as one of a restaurant’s most important design features. At The Belmont, for example, salvaged walnut floorboards and exposed brick speaks of a bygone speakeasy. Meanwhile, happy hour at The Grocery provides a view of preserve-stocked shelves accessed by a vintage-style rolling ladder, a nod to rural roots.

As for one of his most anticipated new spaces, Lata and Adam Nemirow’s The Ordinary (opening this fall), Thompson’s “knitting the French bistro and raw bar typologies into the historic fabric of a neoclassical bank”—culinary design fusion at its finest. If we do eat with our eyes before our mouths, then the architectural feasts Thompson continues to craft will give Lowcountry diners a most satisfying fill.