We’re Number One
January 2013
WRITER:
Prioleau Alexander
With a monumental kudo bestowed upon our fair city, one local writer puts Charleston to the test, offering side-by-side comparisons with destinations around the globe 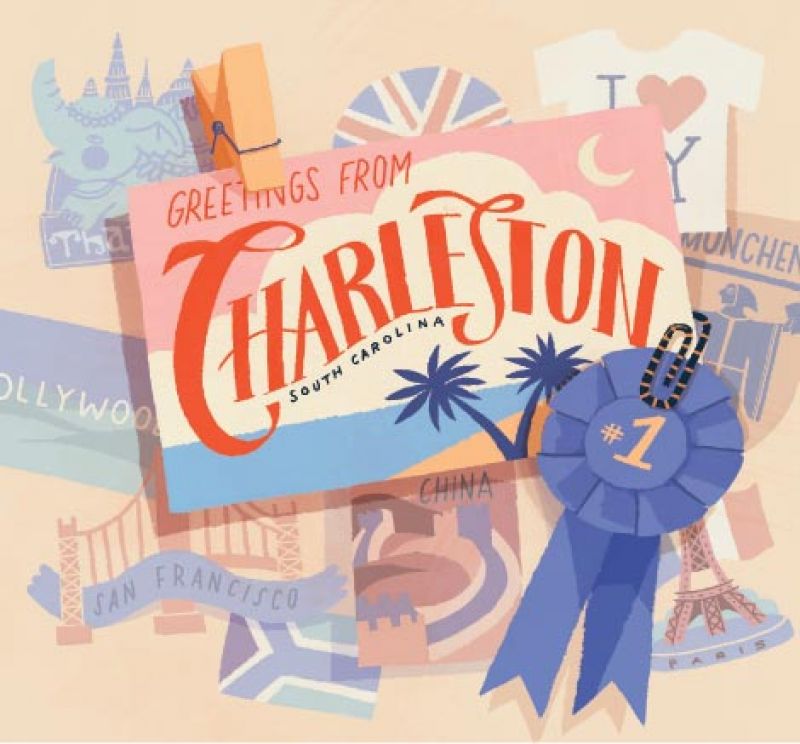 In case you’ve been marooned at sea and missed the news, Condé Nast Traveler rated Charleston as the number one tourist destination in the world last fall. Readers of this particular magazine do not wear fanny packs or “I’m with Stupid” tube tops, so this is a pretty highfalutin award. The question being bandied about the blogosphere is: Do we deserve it? Well, let’s see how we stack up.

Paris, France: History, shopping, food, and culture. Got that, too. Plus, we repeatedly have been voted “The Most Polite City in America,” while Parisians—well, they don’t even bathe. We win.

Beijing, China: They eat a lot of rice, speak a foreign language, and worship their ancestors, so one might argue they’re a lot like us. Except in Charleston, disagreeing with governmental policies won’t get you run over by a tank. We win.

New York, New York: Great food, great shopping, lots to see and do, and full of people who think nothing exists beyond the boundaries of their city. Kind of sounds like us, actually.... But they’re stuck with The Bronx, hedge-fund managers, the Mafia, and that soul-crushing accent. Yo, Vinnie! We win.

Hollywood, California: Glitz, glamour, and the playground of the rich and famous. Also the home to Kim Kardashian and Paris Hilton. We win.

Munich, Germany: Beer and oompah bands. That’s a tough combo to beat, but in Charleston you can drink German beer and listen to flugelhorns on a boat. We win.

Venice, Italy: A charming city of architecture and beauty where gondolas wind their way along canals. Seems a lot like a pedicab ride through Charleston during a high-tide storm, but our ability to jaywalk on a nice day instead of jayswim gives us the edge. We win.

Bangkok, Thailand: Okay, pretty awesome. It’s a 24-hour den of hedonism where you can experience anything you want. Unfortunately, there’s that pesky get-drugged-kidnapped-and-murdered thing. We win.

Orlando, Florida: Pretty much hell with “It’s a Small World” as background music. We win.

San Francisco, California: Waterfront, a famous bridge, great food. Charleston has all that, and you don’t have to put up with Californians. We win.

Edinburgh, Scotland: Being half-Scottish myself, I made a pilgrimage to Scotland a few years ago. No one wears kilts, the locals drink beer, not scotch—and I don’t know what language they were speaking, but it sure wasn’t English. We win.

Las Vegas, Nevada: Take the most atrociously attired Charleston tourist you’ve ever laid eyes on—sweating, grunting, and shuffling his way through the Market in August—and seat them at a five-star restaurant or a performance of Phantom of the Opera. You are now in Las Vegas. We win.

So really—what don’t we have for visitors? We’ve got beaches, history, arts, architecture, dining, inland water, accommodations to fit every taste and budget, attractions, resorts, stuff for kids, plantations, bars, golf, and shopping to rival any city in the world. We’ve even got putt-putt and go-cart tracks. The only place I see us falling short is roller coasters, but if you’ve driven over the Ravenel Bridge at morning rush hour while everyone around you is simultaneously texting, changing a CD, guzzling a $9 coffee, and gawking at the barely clothed runners, the experience is pretty similar. Except you’re much safer on the roller coaster.

So, do we deserve the award? You bet your sweetgrass basket we do! And if anyone disagrees, we’ll very politely ask if they wish to engage in a martial arts combat during which they will receive complimentary rhinoplasty. And just like our beloved city, we’ll win.

Prioleau Alexander is the author of You Want Fries With That? A White-Collar Burnout Experiences Life at Minimum Wage and a regular blogger on CharlestonGrit.com.