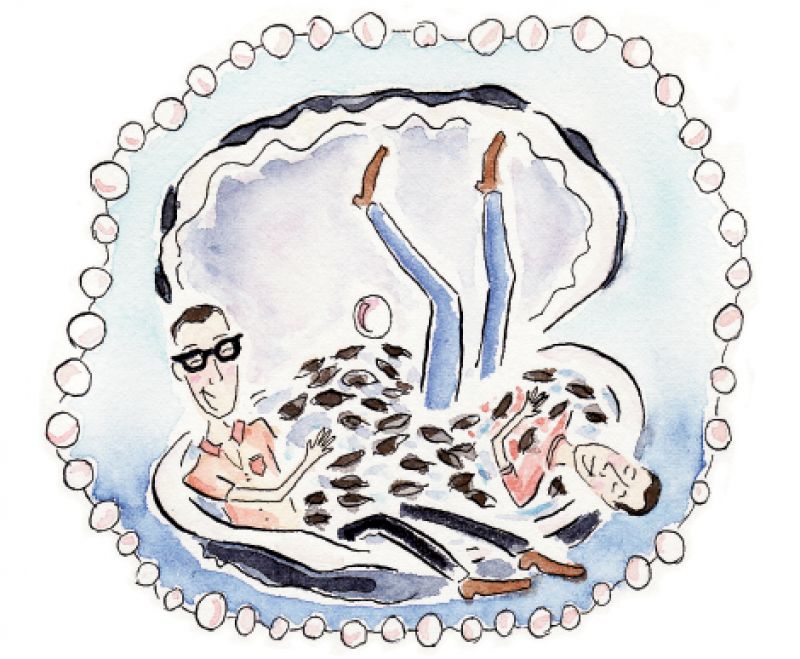 When we were kids, our parents dragged us to oyster roasts whenever  the weather grew cold. And while we may have gamely slurped an oyster or two, our roast experience was less about the main event than the game of touch-football taking place over yonder, away from the shucking table.

As we grew into teenagers, the ritual became more about the oysters themselves, and shucking our way around the craggy clusters to get at the warm oysters seemed cool, like learning to drive or drink beer. By the time we were in high school, we loved them so much we carried our own knives in the glove compartment of the family Toyota wagon (we’d attended a roast with about 60 guests and only a dozen knives and didn’t want that to happen again!).

The Lowcountry oyster, Crassostrea virginicus, is the same species found from Nova Scotia to Florida. But what makes ours different from others up and down the East Coast is the native geography—what grape growers would call terroir: the water that supplies the organisms the oysters feed upon, the pluff mud they grow in, the temperatures they endure, and the intertidal nature of their development. Most oysters from the southern end of North Carolina to the northern tip of Florida grow on creek and river banks in the zone between high and low tide; when left unharvested, new oysters grow upon previous generations in torch-like clusters, and the shape of the oysters themselves tends to be long and narrow.

For 10 years now, we’ve been contributing editors at Travel + Leisure magazine, and one of the benefits of travelling the world on someone else’s dime is that we’ve eaten oysters in Auckland and San Francisco, Cancale and Paris, Whitstable and Virginia, New Orleans and Apalachicola. And while we’ve tasted satisfying oysters in these places with the accompanying inflections of flavor—“coppery,” “cucumber-like”—that get foodies all lathered up, we always come back to loving the briny oysters from the Folly River most.

We want oysters to taste like where they’re from—the sea—and our Lowcountry versions are as cleanly, generously salty as they come. There’s a clarity to their appearance, evenly steel-grey turning buff-colored the more they heat up. Some oysters—we won’t name names—are gargantuan but barely edible; their flavor dissipates in the first few moments of chewing. This is never true of our clusters. Though they vary in size, their generous flavor always keeps pace. And while they may not be easy to open, they’re certainly easy to eat, and for that we love them.

In any case, you should have to do a bit of work for something as oddly delicious as an oyster. We heard about some local oystermen cultivating “Carolina Cups,” marketable, restaurant-friendly “singles” (in the trade parlance). Seems like a logical pursuit—they taste so good, why wouldn’t you share them with the world? But to us, the challenge of the cluster, their very restaurant-unfriendliness, endears them to us all the more. Cluster oysters are like the dishes that only get served in Charleston homes, never in restaurants. They’re that special.

Think back on the last time you were at the shucking table. That moment you got a great one, a perfect mouthful. And then you found another on the cluster that seemed somehow more delicious. You spun the remains in your hand, and moments before you tossed it in the barrel, you discovered that humongous oyster in the center of the cluster, hiding in plain sight. It’s always that way with our local oysters—they’re stealthy good.