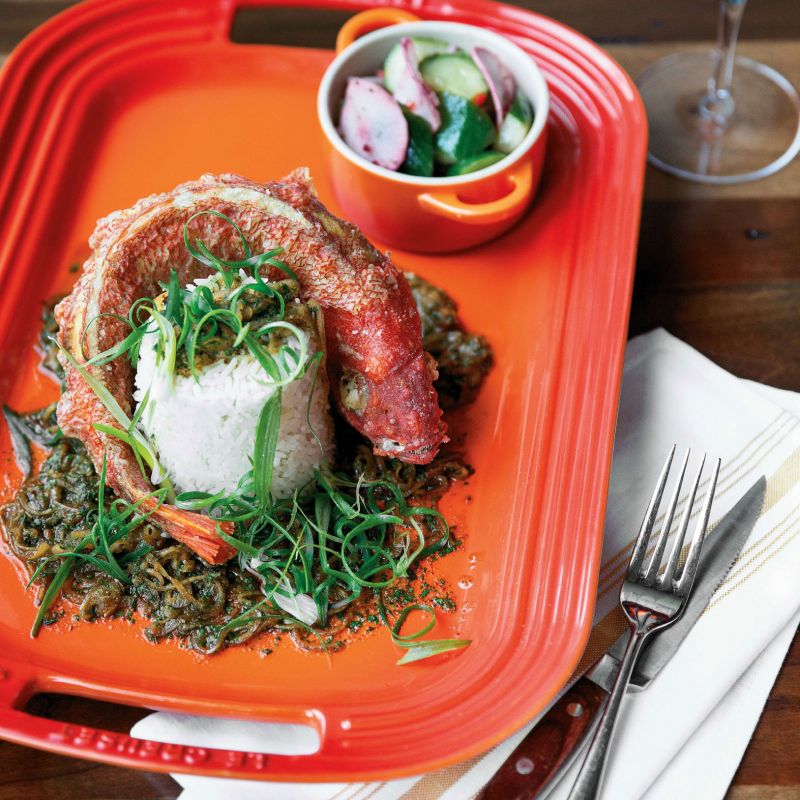 Should you stumble off a course set for Upper King and find the corner-store façade that graces the doorway to The Westendorff, let it be clear that the detour to St. Philip Street was a worthy one. In short: it’s a cool locale with approachable fare. From the beautiful revitalizations by architect Julia Martin, who transformed a neglected hardware store into a modern, dynamic space, to the gargan-tuan pork shank on the menu, The Westendorff presents a well-crafted curation.

Consider it an exemplary study in the tale of contemporary Charleston and its popular culinary aesthetic. The Westendorff consistently delivers a superb experience—yet there are a few troubling factors.

With its double horseshoe of a bar that snakes through the main dining space, The Westendorff plays as performance venue, putting its patrons on display alongside the food, staff, and libations. And if the hard surfaces reverberating with the sounds of a boisterous crowd threaten to drown you out, you can chance a polite conversation among tables sequestered in the cozy back room.

The place even welcomes kids, though I’d suggest ensuring they sit far from the open kitchen, which besides putting out good food, exposes the posturing of a wild-haired chef who may have viewed a few too many episodes of Hell’s Kitchen. My 10-year-old enjoyed the chocolate and peanut-butter smoothie much more than the steady stream of curse words emanating from behind the kitchen pass. (For their part, the visibly embarrassed waitstaff was overly apologetic—and the smoothie was on the house.)

Do not, however, let this peacocking display of “chef culture” interrupt your enjoyment of the seared venison, sliced and splayed against a raft of grilled endive and fried orbs of sour cherry. And ignore the wild antics, the sporadic screaming that the sous chef should “give up.” Because the dish of baby beets, which drums up a fantastic amalgamation of spiced yoghurt, malawach, pickled mushroom, and smears of pomegranate molasses, is worth drafting a tin ear.

And when the menu veers a bit toward the safe havens of reworked classics (a salad featuring “toasted croutons, anchovy, and egg” means a well-made Caesar salad, for example), know that a rose called by another name is still just as sweet. Until it isn’t. Which seems to occur when the flavor profiles move east toward Asia. The crispy tofu with tamarind barbecue sauce is best avoided.

A previous shift in kitchen staff and the use of seasonal ingredients result in changing menus. But a former sampling of lemon meringue impressed our crowd, as did the original kale salad, which provided more substance than the current offering of mixed lettuces napped with sherry vinaigrette.

Still, on any given night, The Westendorff performs amicably to a diverse audience. There are crowds of young women out for a night on the town, bearded hipsters sipping bespoke cocktails, and families huddled in the plush, button-tufted booths against the wall.

Eventually, someone orders the braised pork shank, a dish that some journey here solely to find. Its hulking mass steams atop a pile of mashed potatoes, a verdant chimichurri dripping lusciously as the waitress parades the plate across the room. It seems as though the sheer machismo of the moment demands attention from almost every male at the bar. (They exchange sly smiles while their dates’ eyes widen in disbelief at the course’s size.) Then, in another instant, the kitchen’s ticketing machine restarts, the chef quiets his manic rant, and orders of the shank ring out, populating the line. The Westendorff springs again into action. Meanwhile, a table of women raise their forks in a communal salute. It’s a dish best shared.

The Draw: Casual yet adventurous dining a block from Upper King Street
The Drawback: Not an appropriate spot for sensitive ears
Don’t Miss: The colossal braised pork shank
Price: $7-$26 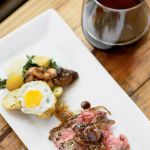