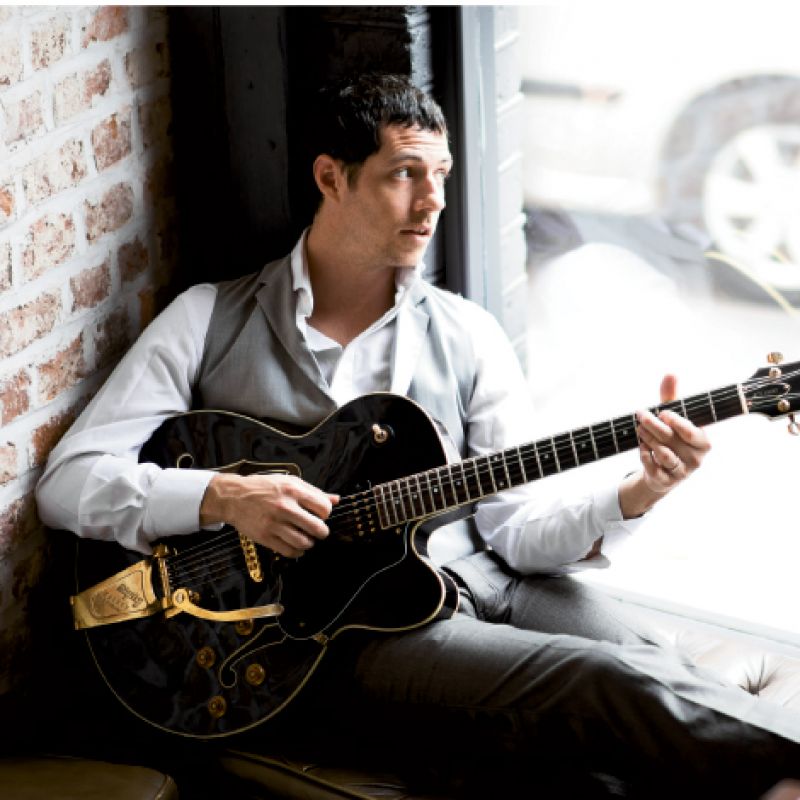 From Pane e Vino to The Pour House, Voodoo to Charleston Grill: You might find Lee Barbour playing his jazz guitar at any of these local venues — and then some — alongside musicians such as Quentin Baxter, Charlton Singleton, and Kevin Hamilton (his Gradual Lean bandmates). Since returning to town in 2001, the Summerville native has performed with multiple groups, recorded with jazz guitar legend Joe Beck, taught college, and released a solo album—2012’s nonfiction. And for the past two years, he’s served as music director of the Charleston International Film Festival. Read on for the scoop on that, his table-tennis skills, and new albums in the works.

Longest-running collaboration: Gradual Lean; we’ve been together for over 12 years. That sort of longevity can only happen when the musicians genuinely enjoy each other’s company, on and off the bandstand. I will play with those guys as long as I can.

Music-directing the Film Festival: I coordinated some great bands for the opening event and after-parties­. The focus is mostly on film, but since music is an important aspect of films, it has a supporting role in this festival.

Instruments of choice: I use three main guitars. I have a black Yamaha for the jazz and gypsy swing I play most weekends at Pane e Vino. With Post-Cobra, I use a 1991 red American Strat for its rockin’, twangy, overdriven tone. And in my solo show and with the eclectic trio Barbour+Kaler+Jenkins, I play an Ibanez baritone (it’s tuned halfway between a guitar and a bass).

Composing for a Robert De Niro DVD: My friend, multimedia master Kevin Harrison, was editing the behind-the-scenes DVD of the new film, The Bag Man, and called me to score the credits. I had about a day and a half to do it, so it’s not as detailed as I wanted, but it was a great lesson in working fast.

Favorite local venues:  The Music Hall has become fantastic. I’m a big fan of The Pour House and their dedication to music. The Mezz is the best listening room in town —Quentin Baxter has succeeded in creating a venue where jazz musicians are the focus and not part of the background.

On Charleston's musical family: I admire this scene as a whole because of the variety and dedication of everyone—musicians, club owners, studios, restaurants, and the general public care about live music in a way that I don’t see in other cities.

Playing competitive Ping-Pong: Table tennis is a great equalizer. I’ve been beaten in tournaments by nine-year-old kids as well as a 63-year-old woman. There’s no other sport where that happens. It’s great for improving reflexes and intuition!