Shady Adventures
June 2011
WRITER:
Melissa Bigner
You know summer’s in full swing when you avoid the sunny side of the street and instead leap frog from shady spot to spot while strolling downtown. For those looking to escape the asphalt altogether, here are a few made-in-the-shade outings 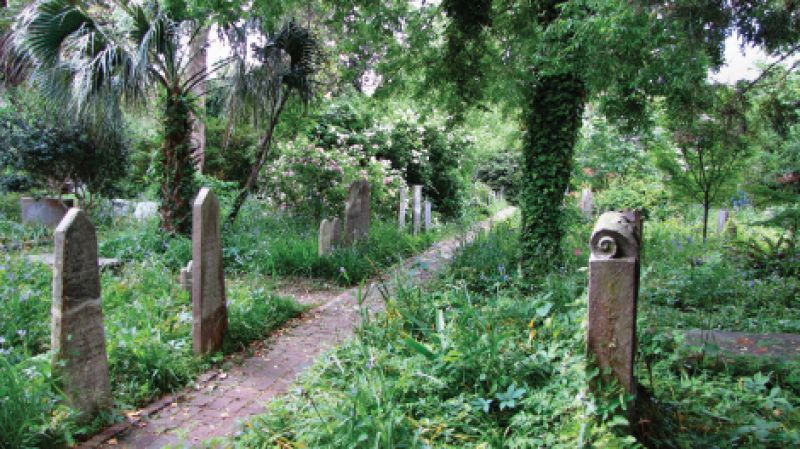 Gateway Walk
Cool Repose
The Unitarian Church’s seemingly secret garden path (actually a section of the Garden Club’s historic pathway) is a godsend on a summer’s day. Escape King Street heat through the wrought-iron entry across from the Charleston Library Society. Passing between buildings and planted with shade-loving evergreen plants, it draws one in with the sweet promise of an eternally cool respite. A brief walk leads to the church’s intentionally wild garden-graveyard, where the sun peeks in and out of the overgrown branches of heirloom flora of all sorts. Likely, though, you’ll want to just chill under the canopy. Open dawn to dusk.

Suburban Oasis
For an in-town walk in the woods, head over to the five-mile trail in Mount Pleasant’s tony I’On neighborhood. While a good bit of the overall path—outlined by a scout leader and I’On homeowner and offered on a map at ioncommunity.com—covers cement sidewalks, the most picturesque and shady legs are those that lope along the marsh from the Creek Club beside Hobcaw Creek to Duany Road, as well as the portion that loops the rookery with entries on North Shelmore, Jake’s Lane, and Sowell Street. Open all hours.

Patriots Point Trail
Tunnel of Trees
Leave the sun-bleached Ravenel Bridge to those less-in-the-know, and instead opt for the .8-mile trail that starts right across from the Omar Shrine Temple on Patriots Point. A few steps from the tiny parking lot there lands you in a well-manicured tunnel of trees with leaves that tremble in the persistent breezes. Wend your way toward the harbor to reach the final trail head where an observation deck offers views of Crab Bank Island, Castle Pinckney, and Shem Creek. Shade, stirring winds, views, and a near secret? Heaven. Open dawn to dusk.

Hampton Park
Fit Circuit
Where Locals Go
Savvy locals avoid exercising among downtown crowds and head up to Hampton Park in search of a little cool breeze and a garden walk that’s as charming as Rainbow Row. Park your car or lock up your bike in either of the lots on Mary Murray Boulevard and hop on the asphalt trail on the southern side. Lined with park benches and with water fountains nearby, it’s about as civilized as exercising outdoors during the summer can get in the Lowcountry. Tackle the parcourse—stretch and strengthening stations—alongside summer-session Citadel cadets and you’ll be beach-bod ready in no time. Those inclined toward entirely shaded jaunts (especially cycling enthusiasts), visit 8 a.m. to noon on Saturdays and Tuesdays and Thursdays from 6 to 8 p.m. when the street is closed to traffic and the outer loop is a car-free, fully tree-canopied domain. Open dawn to dusk.

Fort Moultrie
Creepy & Crawling
Sullivan’s Island is known for its beaches, picket fences, and cottages rather than an abundance of shady hideouts—unless you’re on a porch on one of said cottages, Poe’s Tavern included. But at the south end of the island there does exist a teensy weensy bit of a cool hideout—and we do mean hideout—à la Fort Moultrie. With roots back to the Patriots’ first winning battle of the Revolutionary War, Moultrie has been a prison and Civil War garrison and was only decommissioned in 1960. What’s left for visitors seeking relief from the sun are a series of whitewashed brick, stucco, and/or cement passageways through underground bunkers that bless visitors with an earthy chill—at least before noon. Nothing like exploring cool history. Open daily from 9 a.m. to 5 p.m. except New Year’s, Thanksgiving, and Christmas days. $3 admission. 1214 Middle St., Sullivan’s Island, (843) 883-3123, nps.gov 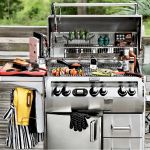 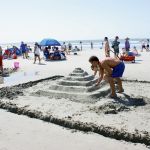 The Best Beaches to...

Part of the glory of living in the Lowcountry is our quick-fix proximity to miles upon miles of shoreline. Logging beach time is a prerequisite of summer, so read on for a list of ideal sandy spots for your activity of choice 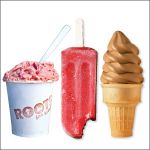 A fresh crop of cool operators have hit the local sweet treat scene, just in time for summer 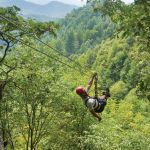 Escape to this Western North Carolina gem for the best of what’s new in town, including novel restaurants, amusing entertainment, and an urban-chic place to lay your head 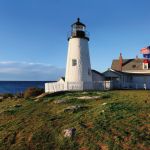