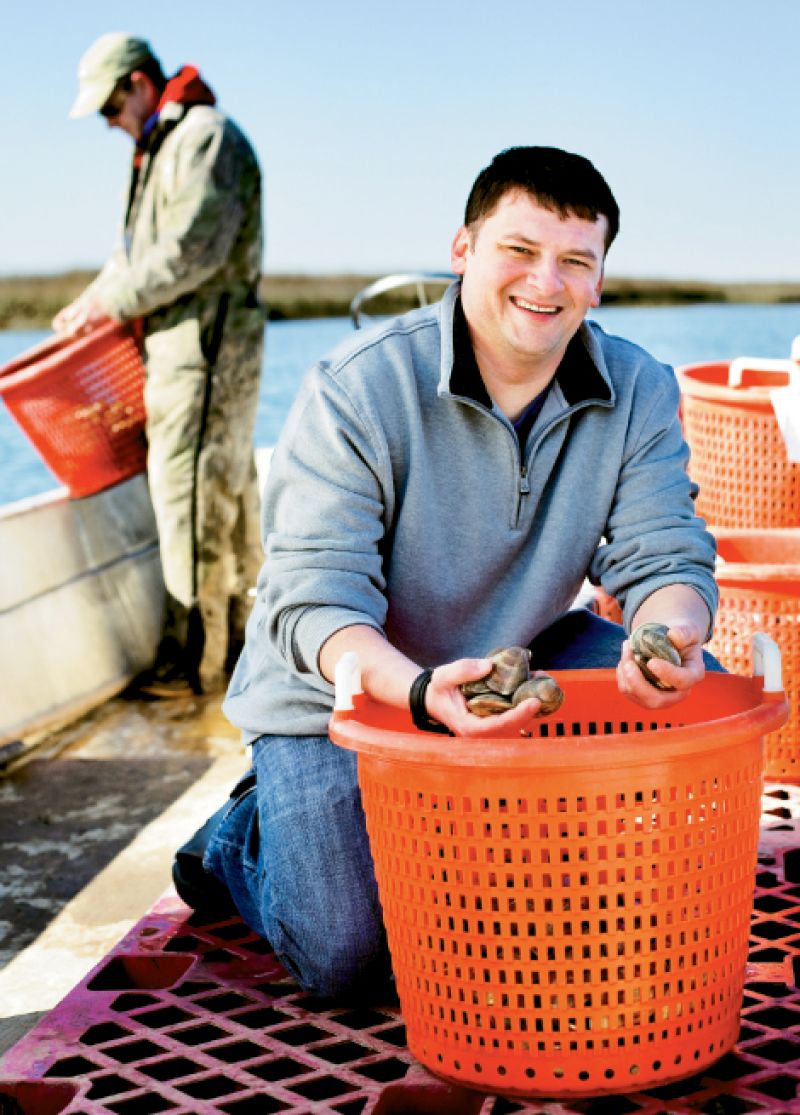 In the spring, when the water starts warming and oyster season starts waning, mollusk addicts clamor for clams. “I can get local clams all year long,” says Travis Grimes, chef de cuisine of Husk. “And they have their own sweet and salty flavor of the sea.”

Grimes offers up a trio of ways to savor that ocean taste, all using littlenecks, the clam that he considers to have “the best texture.” His salad of pickled clams and fennel makes a refreshing first course or a light lunch. His take on clams casino, fat with tomatoes and greens and finished with bacon corn bread crumbles, easily surpasses the traditional version from New England. And just to be sure that there’s something simple and quick, he offers family-style oven-roasted clams.

Dave Belanger (Clammer Dave) who’s been farming clams and oysters along the Capers Island Wildlife Refuge for more than 10 years, supplies the shellfish for Husk. In the final stage of harvest, he raises them above the sea bottom so the highly oxygenated surface waters can naturally purge any mud or grit, yet maintain the clam’s salty liquor. At home, expel the grit by scrubbing them with a hard-bristled brush and soaking them in salted water for an hour.