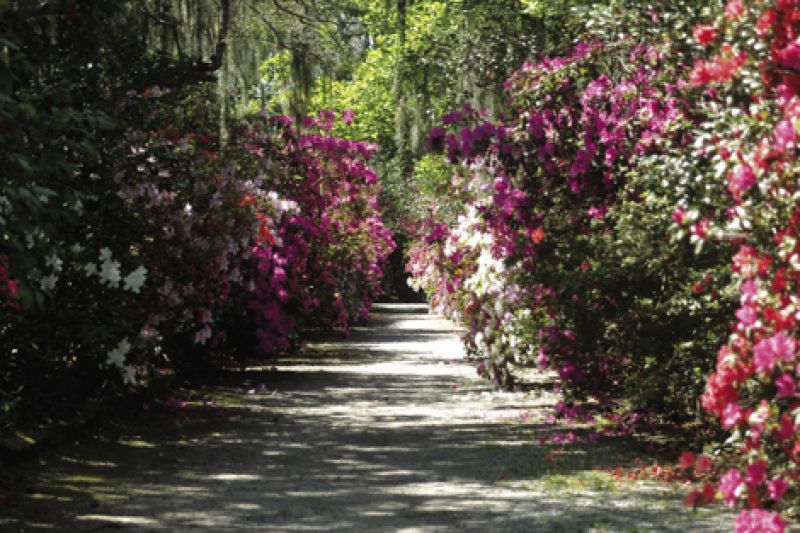 Somewhere between a stealth mission and a commando raid lies what we’ll call Operation Azalea Rescue. The mission: to preserve heritage azaleas hybridized in the 1930s and planted in the U.S. National Arboretum’s Azalea Collection.


In July, Magnolia Plantation and Gardens’ Tom Johnson, director of gardens, and Miles Beach, director of collections, along with two horticulture interns, will travel to Washington, D.C., in a cooler-laden van. There, they’ll assemble a crack team of some 25 garden clubbers, arm them with clippers, and in four days, working only in the cool, dark morning hours, take cuttings from 10,000 heritage azalea bushes. The team will drive the cuttings back to Magnolia, where 100 volunteers will spend the next three days tucking them into prepared soil and moving them to the misting house. “The whole endeavor will take place over one week,” Johnson says. “The coordination is a nightmare—everything has to fall into place.”


Last year, when the National Aboretum announced plans to deaccession its wildly popular Glenn Dale Hillside azaleas in August 2011, citing funding cuts and lack of plant documentation, plant societies across the country howled. So Magnolia stepped up to save the azaleas’ DNA, obtaining permission to take the summer cuttings. Then, in a Valentine’s Day “un-massacre,” news broke that the arboretum would not destroy the plants. Magnolia’s expedition, however, remains intact. “Even if the azaleas are being saved in the short term, it makes sense scientifically to preserve the collection elsewhere,” says Johnson, who organized South Carolina’s first Azalea Society of America chapter, named for famous Magnolia Plantation owner and gardener, the Rev. John Drayton, last autumn.


After taking the cuttings, Johnson and crew will propagate and distribute the plants to fellow members of the Great Gardensof America Preservation Alliance, a group of historic gardens formed in 2008 to preserve rare species of azaleas and camellias. It’s fitting that Magnolia serves as home base for this expedition, as the garden owes its pyrotechnic bursts of spring color to azalea cuttings that Drayton took from Philadelphia and Boston and planted into an “earthly paradise” in an effort to get his Pennsylvania-born wife, Julia, to fall for the Lowcountry.


This month, as the 52-member Rev. John Drayton Chapter collects its official charter, the annual explosion of azalea blossoms returns to Magnolia Gardens. “You get the big show in the first week of April, and it lasts for three or four weeks,” Johnson says. “Indicas are a big part of Southern culture.” And thanks to local agents tasked with preserving the Glenn Dale Hillside azaleas, that tradition will continue to blossom in the Lowcountry and beyond.