Old Jail
October 2015
WRITER:
Suzannah Smith Miles
This forbidding-looking structure at 21 Magazine Street holds a darker, more haunting side of Charleston history. Surrounded by a high brick wall, with windows grated with double rows of bars, the Charleston District Jail first opened in 1802 and remained operational until 1939. During those years, it housed some of the city’s most nefarious characters, from murderers to 19th-century pirates, along with thousands of unfortunates who were simply debtors, enslaved, or falsely accused. Many died during their incarceration—some from disease or suicide, others put to death for their crimes on the jail’s gallows. Do their ghosts still lurk in the building’s dark halls? Many believe they do 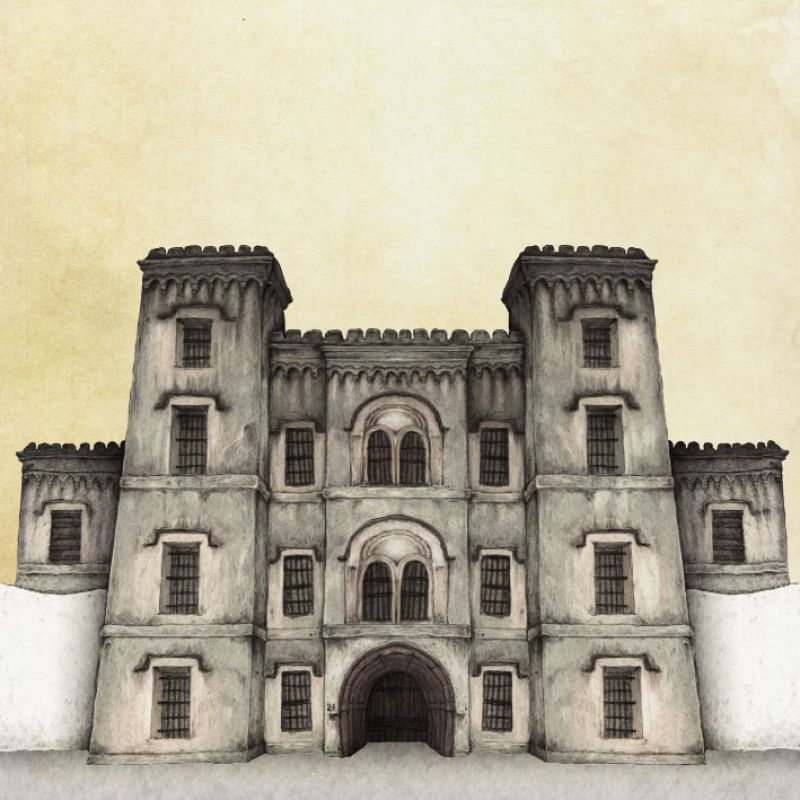 ANOTHER MAN’S TREASURE Since 2000, the American College of the Building Arts (ACBA) has owned the jail. It serves as the school’s main campus and also what they call a “living laboratory.” Students learn as they work to preserve the building that is an official “Save America’s Treasures” project of the National Trust for Historic Preservation and the White House Millennium Council.

Go Behind the Bars Fundraisers and events like this month’s JAIL BREAK (see page 50) give folks a chance to check out the creepy space, and Bulldog Tours leads nightly ghost tours there, too—get the scoop at www.bulldogtours.com.

Shape Shifting In 1855, a fireproof addition to the building designed by renowned architect Robert Mills was demolished to make way for the Romanesque Revival octagonal wing we see today (its shape was meant to improve lighting and air circulation). Charleston architectural firm Barbot & Seyle also expanded the main building and added a tower, since removed.

NO PARTY ON THIS BLOCK The jail was originally on a four-acre plot (then on the outskirts of town) set aside in the late 1700s for the less savory sides of public use. The city workhouse, which primarily housed runaway slaves and indentured servants; the poorhouse; and a hospital were also located there.

Ghost Story One of the spirits believed to haunt the jail is that of Lavinia Fisher. She and her husband are said to have led a gang who murdered and robbed guests at their inn, Six Mile House, on the Charleston Neck. Though they protested their innocence to the end (modern forensics prove they were probably right), they were hanged in 1820. Lavinia’s supposed last words were, “If you have a message for the devil, give it to me and I will deliver it!”

Revolutionary inmates In July 1822, after the discovery of Denmark Vesey’s planned slave revolt, he and several hundred free blacks and slaves, plus four white men, were imprisoned for their suspected involvement. Of the men, 67 were convicted and 35 hanged, including Vesey, who spent his last days in the jail’s tower.