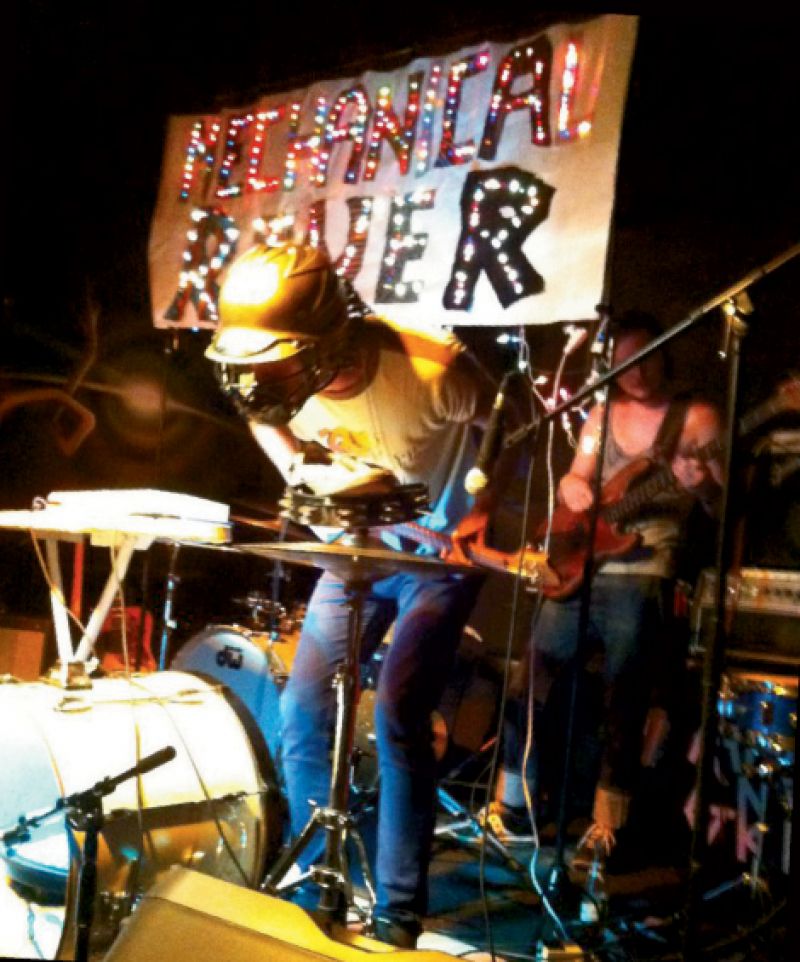 Unlike many artists who stake the claim, it’s not a stretch to call Joel T. Hamilton the Tom Waits of Charleston. Both were signed to major record labels early in their careers (Hamilton to Universal while leading The Working Title). Both create songs filled with situational narratives. And both employ peculiar instrumentation—homemade cigar-box guitars, percussive instruments, and digital synth loops—to craft unforgettable tunes. “My creation of songs is mostly random chaos,” Hamilton says. “Sometimes they rush out of me like a confession; sometimes it’s a rhythm, a word, a dream.”

The genre-bending Hamilton tackles live shows in a mad-cap style. Performing recently at the Charleston Pour House with Mechanical River, his newest project, the artist sported a helmet with a microphone in the mask. Backed by Jack Burg, he livened up the crowd with a song wherein God steals away with the narrator’s favorite breakfast foods. “I want people to feel good; dance thoughtlessly; or sit, think, and dream with open eyes,” he says.

A cofounder of indie label Shrimp Records, Hamilton tours and records regularly, releasing the album Astral Castle with Mechanical River last May. That band is “a lot of catharsis by juxtaposition,” he says. “Organic with unnatural, simple and convoluted, quick and idle, serious and absurd.” In the end, Hamilton does not appear to be writing for us. He’s a miner with a home-forged shovel, ignoring the pop charts and digging toward a deeper vein of songwriter gold.