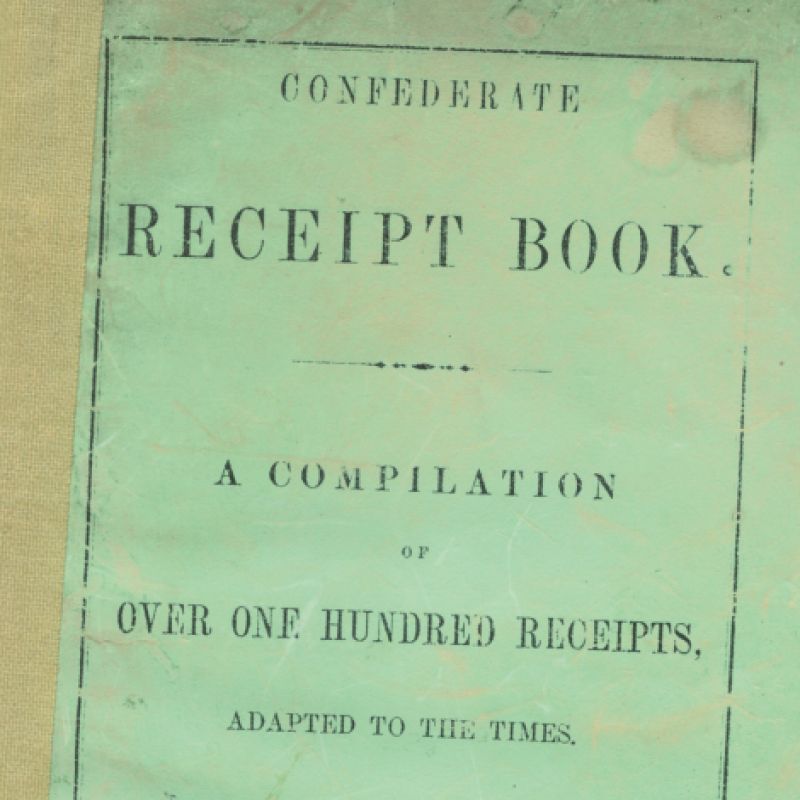 In this day and age when a trip to the grocery store can yield nearly half a dozen options for flour or coffee or sugar, it’s hard to imagine a time in the Lowcountry when provisions weren’t aplenty. But such was the case 150 years ago during the Civil War blockade of Charleston Harbor. In fact, between August 1863 and April 1864, not one blockade runner (lightweight ships typically containing necessary food staples, medicine, and supplies for war) was able to get through to the city or any Confederate towns beyond. Operating under the Anaconda Plan, Admiral Dahlgren’s warships anchored past the Charleston bar kept the smugglers at bay as Union guns on Morris Island dropped artillery rounds nearly daily within the city. The result, in addition to a decimated Charleston, was that Southerners of all classes had to make do and get creative in the kitchen.

Thus the production of the Confederate Receipt Book, published in Richmond, Virginia, in 1863. The book was a collection of substitutions and recipes written by home cooks to provide advice on how to fake favorite dishes. No oysters? No worries, there’s a recipe for “artificial oysters” made from green corn, an egg, and a teacup of flower. Lacking fruit due to the breakdown in Southern transportation? How about “Apple Pie Without Apples” made with tartaric acid? Craving a libation but don’t have beer? Try spruce beer—crafted from three gallons of water (preferably “blood warm”), molasses, a tablespoon of essence of spruce, ginger, and a “gill” of yeast.

We don’t know for sure what that blockade runner who finally broke through to the city 150 years ago this month was carrying. But thanks to the Confederate Receipt Book, we do have a record to prove how innovative folks of the era truly were.