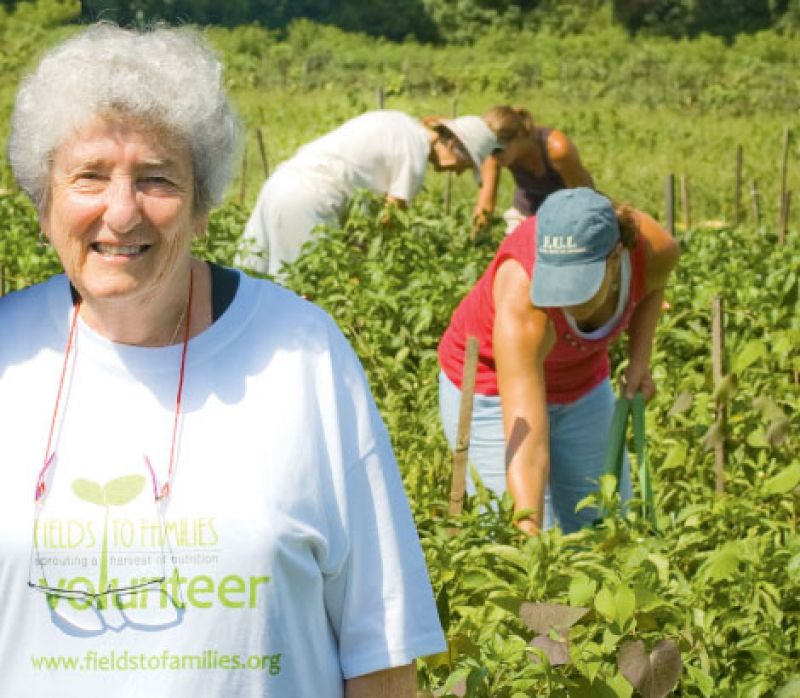 As founder and director of Fields to Families, Jacki Baer tirelessly leads an army of more than 450 volunteers in the day-to-day battle against hunger. She coordinates adults and children alike to harvest crops donated by Lowcountry farmers; ensures the nonprofit has a presence at six area farmers markets; and arranges delivery of produce to 21 soup kitchens, shelters, and food pantries. She keeps records, makes and takes calls, and heads up recruitment efforts. “Jacki works full-time—really, overtime—in her duties,” notes board member Melanie Mathos. From her boundless energy and enthusiasm, one would never guess that Baer celebrated her 78th birthday last April.

Her unwavering dedication stems from growing up during the Depression. “I was as poor as many of the people we serve,” says Baer, “but I never remember being hungry. My mother scrimped and saved, and my father worked two jobs to keep food in our stomachs.” While a young mother, she grew her own vegetables in order to put healthy meals on the table despite a tight budget. Now, decades later, her resourcefulness continues to feed people in need.

A member of the Master Gardener program and former participant of the Plant a Row for the Hungry campaign, Baer possesses a solid understanding of the growing process. So in 2006, when she saw farmers plowing under leftover produce, the seed for a partnership began to sprout. Growers didn’t have the time to harvest and sell surplus fruits and veggies, but volunteers could pick the crops and serve them up to agencies working to nourish the poor. “If we don’t ensure that our hungry are fed nutritious meals, we aren’t providing them with the ability to thrive,” says Baer. Her grassroots group took root, and over the past three years, Fields to Families has flourished.

But this hardy visionary hasn’t stopped there. Recently granted the use of two acres of private farmland in Berkeley County, Baer has teamed up with the Master Gardeners and 4-H to develop the first Fields to Families Farm Project. She estimates it will yield an additional 27,000 pounds of produce, which translates into 21,600 meals. The initiative also means Baer needs to dig up more manpower, equipment, and funds—efforts that have her putting in 60-plus unpaid hours every week. But this vibrant septuagenarian’s hard work is rewarded with the grateful faces of those receiving fresh vegetables rather than canned foods or nothing at all. “I will continue to serve the hungry as long as I am able,” says Baer.

Volunteer Profile:
• Founder: Baer helped set up Fields to Families as a nonprofit in just five weeks during the fall of 2006.
• By the Numbers: In 2008, she coordinated 233 volunteers to work 4,300 hours, harvesting 82,398 pounds of fresh produce and providing approximately 66,000 meals to the hungry.
• Recognitions: Garden Crusader Awards, third place, Feeding the Hungry (Fall 2009); Governor’s Award for Community Leadership (May 2009); “A Woman Who Makes a Difference” award from the Charleston Jewish Women’s Organizations (May 2009); Volunteer of the Year from the local chapter of the Retired and Senior Volunteer Program (October 2008) 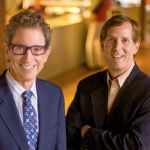 Spreading the word for the greater good 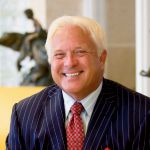 Paying it forward to aid impoverished families and disabled children 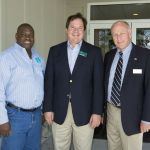 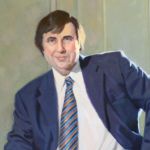