In Hot Pursuit
January 2011
WRITER:
Anna Evans
Get fired up over the spicy world of chili peppers with Red Drum’s Ben Berryhill 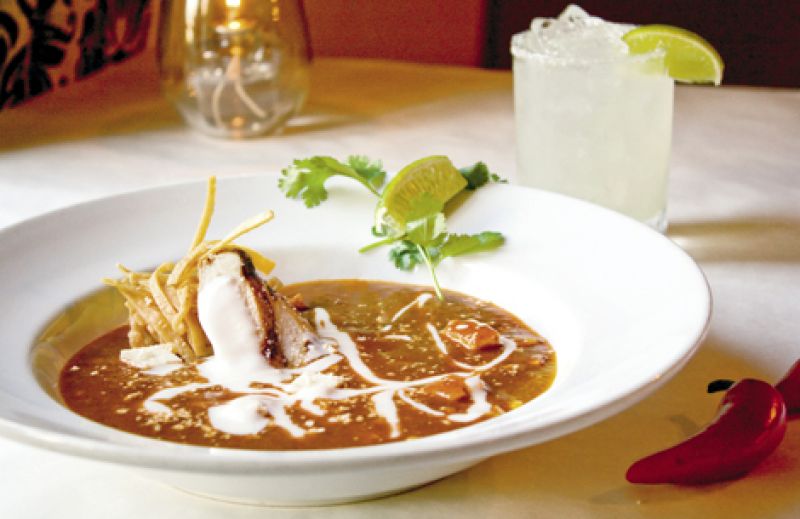 Want to warm up your winter menus in more ways than one? Turn to chili peppers. Ben Berryhill, chef-owner of Mount Pleasant’s Red Drum, is the first to admit these fiery fruits can seem intimidating. During the 11 years he worked with Robert Del Grande at Houston’s Café Annie, the Texas native learned a lot about combining Southwestern fare with other foodways—such as the Lowcountry cuisine he now melds into his “South by Southwest” menus.

“People are often afraid of chilis, because they don’t know much about them,” says the Culinary Institute of America grad. “But once you understand what each variety can contribute to a dish, they become fairly easy to cook with.”

The best way to learn, of course, is by doing. “My tortilla soup is a good recipe to start with, since it incorporates two fresh chili varieties, lending balanced body and heat, and three dried, which give depth and flavor,” Berryhill explains. Among the dried versions, “anchos are sweet and pasillas offer a great smoky taste. The guajillos bring subtle heat and also vibrant color that helps make the soup a beautiful red.”

The chef found all at a local food market, “but if one you want isn’t available, just throw in extra of a variety you’re already using or sub in a different chili altogether,” he says. “Once you’ve made the soup a time or two, you can start experimenting with various chilis to suit your palate. For example, add more anchos for a sweeter taste, or pump up the spiciness by swapping the Anaheim for two or three jalapeños with the seeds still in.”

As for the seeds, “they carry the majority of the heat and can be spicier at different times of the year,” warns Berryhill. “In dried chilis, the seeds usually aren’t palatable, but you can leave them in fresh ones for hotter flavor.” When in doubt, leave them out. “You can always spice up a dish like tortilla soup by chopping in more fresh chilis at the end.”