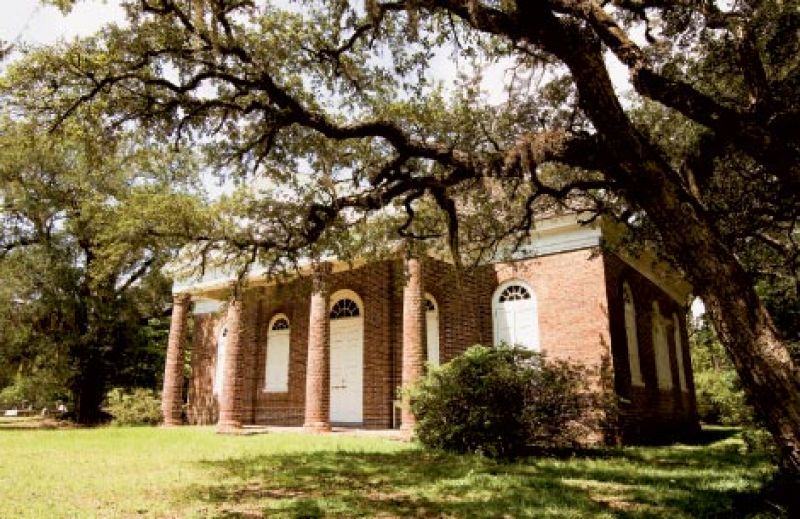 I was raised in North Carolina, where neither of my parents had historical connections. Unlike so many Lowcountry locals, we didn’t pass street names that matched ours, and our stories about the area were confined to our own chapter there. That made ancestral tales seem all the more far-off, so I can’t tell you how charged to the core I was when Mom and I moved to Charleston and one of our relative’s past intersected with our present.

Mom was raised in Copenhagen and moved to the U.S. in 1963. When she bought her house on Chalmers Street in 1998, she told me that my great-great-great-grandfather had visited here in 1841. She has his diary from the trip, and in it, he describes walking through her neighborhood. He remarked that the city was charming, but the slave trade poisoned it for him. He left as soon as possible and took a carriage along the King’s Highway north.

Mom and I have been keen on retracing his path for some time, so recently, we went to check out a stretch of the highway (now called Old Georgetown Highway) that runs through the Wambaw Tract near McClellanville. We expected the gem of the trip to be St. James-Santee Episcopal’s “Brick Church,” tucked off a dirt road, and we were right.

The desolate lane was so skinny that when the only other driver neared, he pulled over to let us pass. It was easy to see how it was made more for carriages than SUVs, and we remarked at how special it was that a community (and the Evening Post Publishing Company that owned the land and put an easement on it) had preserved rather than polished the track.

The church is a true stone’s throw off the highway and still bears a regal forbearance with its Georgian silhouette and exposed red brick columns. Built in 1768, it was home to a congregation of French Huguenots and English settlers who formed the St. James-Santee parish. (Established in 1706, theirs was only the second parish in the province, following Charleston’s St. Philip’s.) At the time, the area was filled with rice and indigo plantations. In its earliest days, there were about 160 resident whites there; less than 50 years later, there were 345 whites and nearly 2,000 slaves. Activity was immense, the church well populated, and the highway busy.

All that stood in severe contrast to our visit. St. James-Santee Episcopal’s congregation now gathers at The Chapel of Ease in McClellanville. The “Brick Church” is open to visitors during daylight hours, with a special service held there on the Second Sunday of Easter. During our visit at what photographers call “magic hour”—those moments before dusk where light pools in an outstretched hand like rose gold—it was tomb-quiet. The fading sun’s effect on the church’s nearly naked, whitewashed interiors, smooth cypress box pews, and well-worn flagstone floors was truly holy. We thumbed through a history book left on the chancel and admired the old wobbly glass windows and the vaulted ceiling’s hefty mouldings. Outside, we wandered the graveyard, laughed at one chest tomb that invited us to “Have one on Jack” (we guessed its host meant for us to take a seat and toast a drink), and felt warmed by Willie Barnett’s 2008 plot, simply marked with a wooden cross and conches.

It astounds that the church survived through ransacking during the Revolutionary and Civil wars (the latter according to oral history), as well as bouts of vandalism and economic trials in the 20th century, especially when one thinks of how the Old Sheldon Church Ruins in Yemassee and other far-flung relics have fared. Standing in the yard as deer crunched their way through the surrounding woods, the strength imparted by past, populace, and even passersby (like my thrice-great grandfather, and now, my mom and me), infused the place—and us—with reverence.