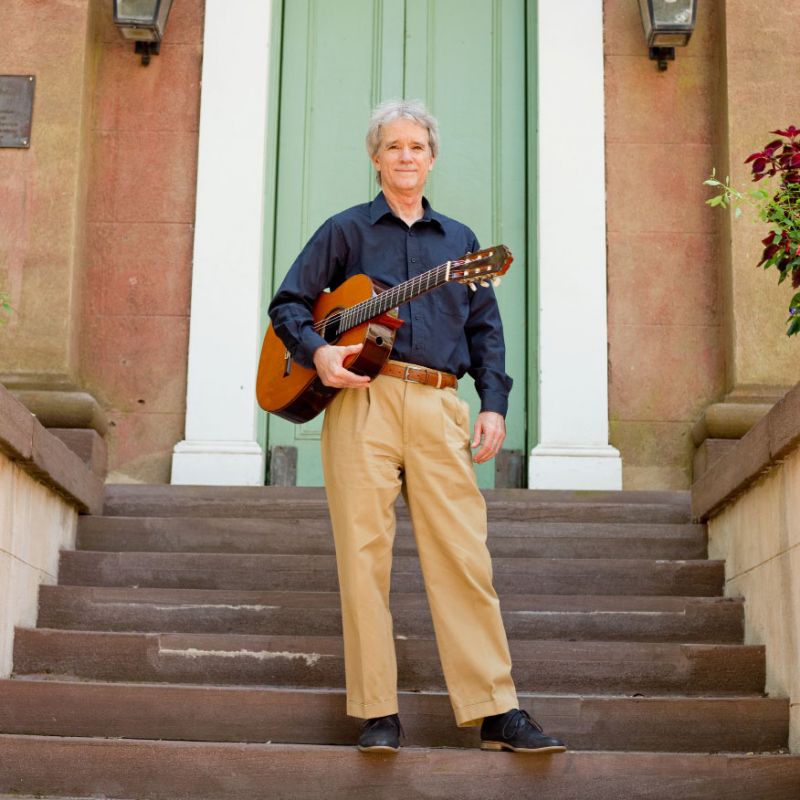 Classical guitar students at the College of Charleston just might have a leg up on their peers at other colleges thanks to Marc Regnier, the guitar department’s chair since 1994 and an internationally sought-after performer and recording artist. He’s given solo concerts at Carnegie Hall’s Weill Recital Hall, and his 2010 album, Radamés Gnattali: Solo and Chamber Works for Guitar, garnered a Grammy nomination for “Best Chamber Performance.”

Might his newest album, June release Tempo do Brasil, see his star rise higher still? This collection of works by his favorite Brazilian composers was produced by Victor and Marina Ledin—a multi-Grammy-nominated classical music power team—and engineered by Leslie Ann Jones, known for her work at George Lucas’ Skywalker Sound with artists like Herbie Hancock and Bobby McFerrin. We caught up with Regnier to learn more.

Getting started: My father bought me a Mexican guitar when I was six and also gave me my first lessons. Jimi Hendrix was my favorite guitarist outside of classical music, but my father always said, “If you want to be a top-level classical guitarist, you can’t venture out. You have to focus on one instrument.”

Guitar picks: I have a traditional Spanish guitar, a Ramirez, built in 1974, that really sings—it’s almost like listening to a human voice. My other guitar was made in Oregon by internationally known luthier Robert Ruck.

Recording at Skywalker: We stayed on the ranch, where there’s plenty of wildlife and all the food is grown on the premises. There might be the occasional movie star, or the owner, George Lucas, might be having lunch at the next table. It’s very relaxed and special. You can’t help but play your very best there.

The Brazilian influence: I’ve always enjoyed South American music, and Brazilian music is particularly enjoyable to play, with its unique lyricism and rhythm; so much energy!

Choosing songs: It’s so hard in the classical world to find new material, unless you’re a composer, of course. Everything has been done a hundred times, so for the most part, it’s interpretive. I won’t record a piece unless I can put my own mark on it, and a lot of the time that’s not only interpretation but the quality of sound—the particular sound of the instrument and engineering.

Recording with colleagues: Tempo do Brasil features Marco Sartor, a former student of mine who is now finishing his doctorate at Yale. Volodymyr Vynnytsky [piano], Natalia Khoma [cello], and Tacy Edwards [flute] are all faculty members at the college. I have learned much from my colleagues, interpreting the music from the perspective of their instruments as well as my own.

Playing with ensembles: I think it’s the wave of the future. Because it’s difficult to find new material as a soloist, guitarists are venturing out more and becoming more creative in their approach to a listening experience. I was inspired to include ensemble settings in my last two recordings from listening to the work of Yo-Yo Ma, who recorded a wonderful Brazilian and tango CD.

Outside hobbies: I’ve been a competitive cyclist, runner, and triathlete. It clears the mind and keeps your core strong for long stretches sitting and holding a classical guitar. In many ways, playing a guitar is very athletic.

Continued motivation: I’m just trying to reproduce what I hear in my head. I’m not there yet, but I’m getting closer, so I keep recording. 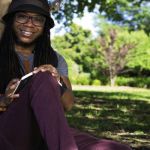 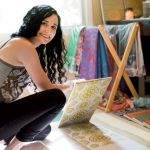