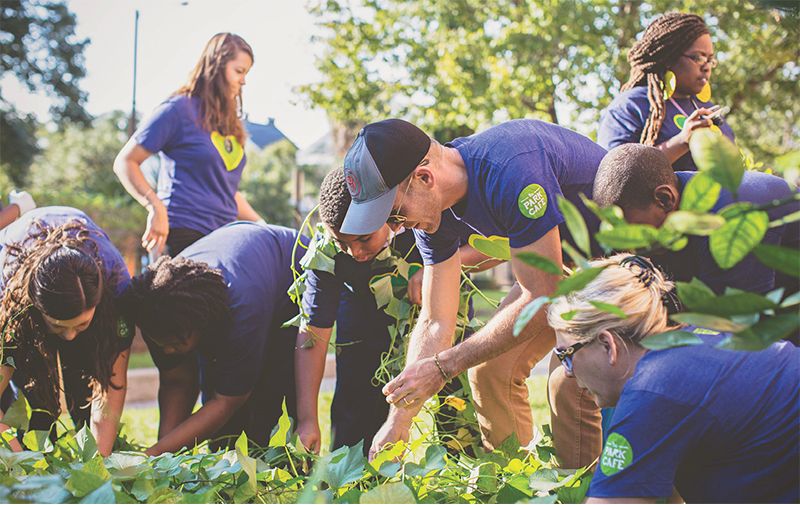 After students return to Mitchell Elementary this month, they’ll harvest sweet potatoes that were planted in the school’s garden by their classmates the previous semester. They’ll use the tubers to make a nutritious sweet potato hash and then plant their own crop of produce, including enough veggies for next semester’s class to enjoy.

These hands-on activities provide a platform for instilling the values of hard work, respect, and perseverance in children at Charleston schools, says Jesse Blom, executive director of local nonprofit The Green Heart Project. “We’re teaching something greater than simply planting, harvesting, preparing, and healthy eating; these are life lessons.”

The Green Heart Project took root about 10 years ago when local restaurateur Karalee Fallert —who had recently opened Taco Boy’s downtown location—built five raised garden beds at Mitchell Elementary. The nonprofit has since grown to serve six additional schools and 1,200 students per year.

Now, Green Heart leaders are planting the seeds for a half-acre urban farm at Enston Home, the Charleston Housing Authority property at King and Huger streets. “This is our biggest project to date,” says Blom, who is “excited to kick off this new stage of growth.” With hopes to break ground on a farm stand by year’s end, the nonprofit launches a campaign this month to raise $2.1 million to build the farm and fund operations for five years.

Expected to be complete by summer 2020, the urban farm will almost double Green Heart’s reach to a total of 2,200 students a year and allow the project to expand its programs to three more schools—James Simmons Elementary, Charleston Catholic School, and Charter Math & Science. The expansion also lays the groundwork for a new youth development program centered around paid summer internships. With it, older students will learn how to plant and harvest as well as run the business of a farmers market stand. “The internships will be an educational opportunity for middle and high schoolers to learn about the same sort of things we’ve been teaching our young people—taking care of yourself, taking care of your health—but also business and entrepreneurship skills as well as general workplace conduct,” says Drew Harrison, Green Heart’s development director.

When Harrison and Fallert first presented the idea of the urban farm to Mayor John Tecklenburg, Harrison says he quickly agreed to a site at the Enston Home. The property was bequeathed to the city by Charleston businessman William Enston when he died in 1860 to establish a place for senior citizens to live, and most of the homes were built in the 1880s. Green Heart and Charleston Housing Authority officials say the urban farm will help fulfill the vision Enston laid out in his will, which specified that each residence “must have a small garden to busy the occupant.” Today, the brick cottages are home to 80 residents—a mix of senior citizens and working families with low to moderate incomes. A portion of Green Heart’s raised garden beds will be dedicated for residents to grow their own vegetables. Don Cameron, the housing authority’s president and CEO, says neighbors have reacted positively to the plans, which involve hosting pop-up farmers markets. Renderings from landscape design firm Seamon Whiteside also include a pavilion where classes and community events can be held. 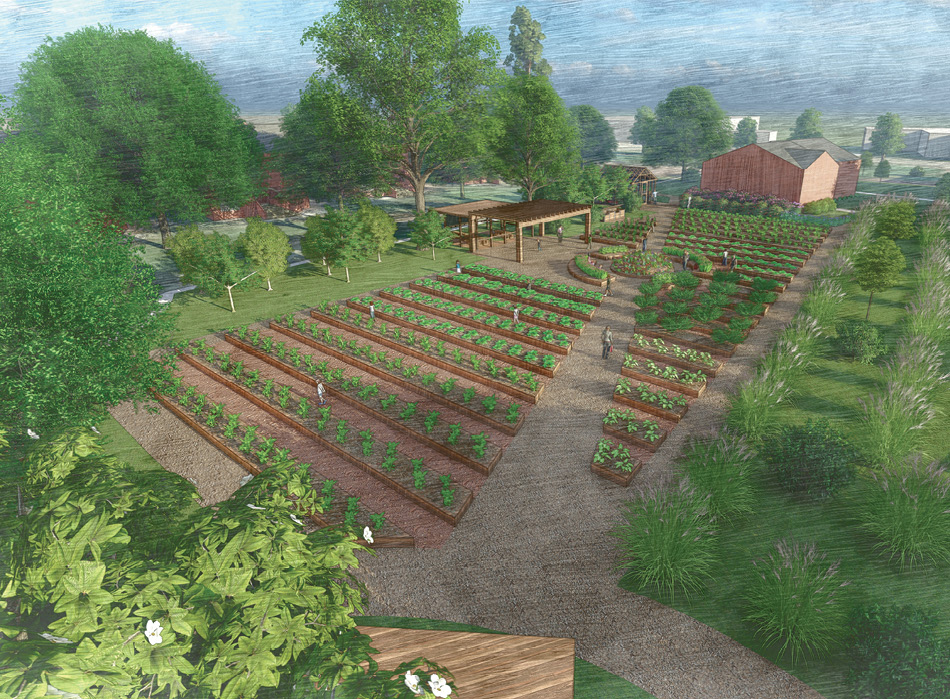 “We’re confident that the farm is going to be a gathering place,” says Blom. “The greatest value that a project like this can bring is drawing community members in from different places, age groups, and backgrounds.”

Dig into more on The Green Heart Project’s garden-based learning projects at greenheartsc.org.