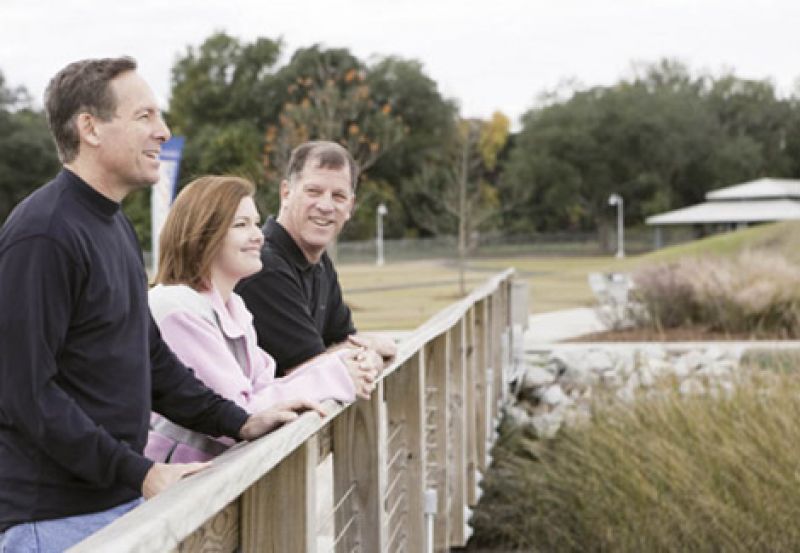 The Lowcountry is no stranger to road races, from winter’s Kiawah marathon to spring’s Cooper River Bridge Run to the myriad 5K charity fun runs. And now, local runners, joggers, and walkers have yet another reason to lace up their sneakers.

On January 15 and 16, the inaugural Riverfront Race Festival—including a half marathon, 10K, 5K, kids’ competition, and family walk—hits the ground running at The Navy Yard at Noisette. “Participants will travel along the old roads, past former Navy installations, ending at 10 Storehouse Row, which will be home to a Fitness Expo,” says chairman Charles Fox, who stepped up this past year to create the Charleston Marathon as yet another choice for Lowcountry athletes as well as to highlight an often overlooked area for a road race.

Organizers originally wanted to begin the festival with a full marathon, but slowed their pace because a half marathon proved a more accessible starting line. “We needed to be sure we had enough tactical support,” says Fox, “including adequate rest stops and vehicle and emergency services.”

The director expects about 1,000 runners to take to the street. “The half marathon course travels from Noisette and McMillan to Park Circle, past Quarterman Lake, through Riverfront Park, and around the end of the Navy base,” says Fox. “It’s a flat route with awesome rest stops, vehicle support, and low traffic. And it all benefits the
R. Keith and Deborah C. Summey Youth Endowment for the Arts, a nonprofit supporting fine arts programs in local schools,” he continues. “What more can you ask for?”

What more, indeed. How about, after the race, a try at a Guinness World Record (GWR)? “We wanted to go for the most shrimp and grits consumed in eight hours, but GWR has classified our request as ‘the most seafood cooked in eight hours’,” explains Fox.

While the thought of a post-13-mile bowl of buttery grits and shrimp may send your stomach scampering, the unusual pairing of sports and splurging does have folks talking. “Honestly, shrimp and grits is a great source of protein and carbs, exactly what runners need after tackling a race,” says Fox. Though we’re still not convinced it’s great training grub, no one can refute that the Lowcountry—the undeniable Eden for the quintessential dish—should be home to such a notable record. And if the Riverfront Race Festival dishes out as much goodness as promised, organizers may just set the record for reaching Charleston’s own full marathon in 2011.