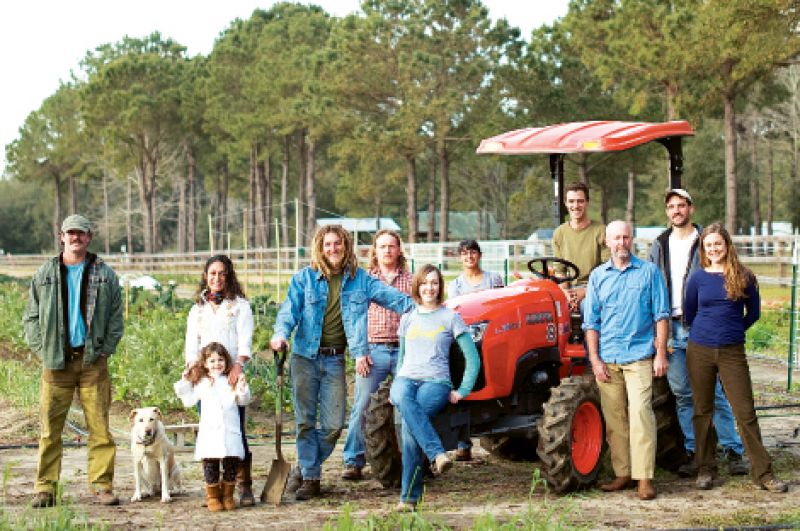 Since its launch in 2007, Lowcountry Local First (LLF) has been dedicated to encouraging residents to buy local and eat local. To achieve the latter, specifically in this age of decreasing farms and increasing demand for fresh local food, LLF has developed farm-to-restaurant partnerships, provided community education, and launched their Growing New Farmers Apprenticeship that places aspiring farmers on area farms. Since 2010, 70 full- and part-time apprentices have graduated from the program, after working for a season with 15 mentors ranging from vegetable producers to livestock raisers.

“When we began receiving calls from our graduates seeking help in starting their farm operations, it was clear it was time to found an incubator program,” says Nikki Seibert, LLF director of sustainable agriculture. And so the Dirt Works Farm—a 10-acre parcel located on John’s Island’s Walnut Hill Plantation—was born. In October, four apprentice-grads (and two worthy applicants) were given their own one-acre plot and today Dirt Works’ inaugural class is harvesting its first crops.

One of the farmers, Bo Collins, joined the program in response to his life abroad. “I taught English in Thailand and while there realized how pampered I was to go to an open-air market twice a week and get fresh fruits and veggies. I wanted to have that life here,” he says. After completing his LLF apprenticeship at Rosebank Farms with Sidi Limehouse, Collins felt ready to give farming a go on his own and applied for the incubator program.

Dirt Works provides Collins and his colleagues three years on the site plus resources including mentoring, a tractor, a walk-in cooler, hand tools, and water. The rest however, the farmers must fund themselves. Collins works two part-time jobs to support his plot.

“The goal is to find land matches for these farmers to ensure local food for our future,” says Seibert. But that will take community support. To learn more, buy a $35 ticket to tour Dirt Works on April 20 by visiting lowcountrylocalfirst.org.