Driving 200 or more miles in a day doesn’t bother Ron Rader, if that’s what it takes to bring home a set of soaring barn doors or hand-hewn pine beams from a 19th-century smokehouse.

Back in the late ’70s—while stuck in a cubicle job in downtown Columbia—Rader began rebuilding a pioneer log cabin into a livable dwelling on his land near Chapin. The restoration bug bit hard, and his weekends were soon spent driving across the Midlands to salvage wood and bricks from derelict homes. It took another decade for Rader to fully acknowledge his passion, culminating on the day of his annual review when he walked out of his job to begin a new career. “I am much happier selling antique wood,” he says. “You have to find your passion.”

Nowadays, Rader is known across the state as the go-to guy for painted beadboard, vernacular mantels, and reclaimed flooring. Describing himself as a broker of high-end, recyclable restoration materials, Rader doesn’t store anything in a warehouse, instead relying on a network of contractors and homeowners—built through Craigslist and a longtime presence at the Moultrie Plaza Antique Mall—to make connections between demolition projects and buyers.

“I’d rather find the cream of the crop and quickly put it back into a project,” says Rader, who adopted the name Re+Find for his business in 2013, when he moved from Columbia to Sullivan’s Island to be closer to his customers. When he’s home, that is; a typical week may find him in Spartanburg collecting cedar paneling or period shutters, followed by a day of searching for the perfect match of century-old bricks from a demolition site in Orangeburg.

“One thing can lead to another,” he says. “You run into a lot of dead ends, but it’s all about the thrill of the hunt.”

➼ 1990s: Fireplace mantels were all the rage, until updated building safety codes made them less in demand.

➼ 2010s: Folks are clamoring for antique interior doors mounted on sliding hardware. “I think it’s because of Pinterest,” says Rader. “People appreciate the difference between an authentic door and one you get at a big-box store.” 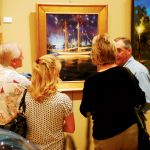 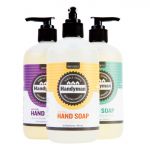