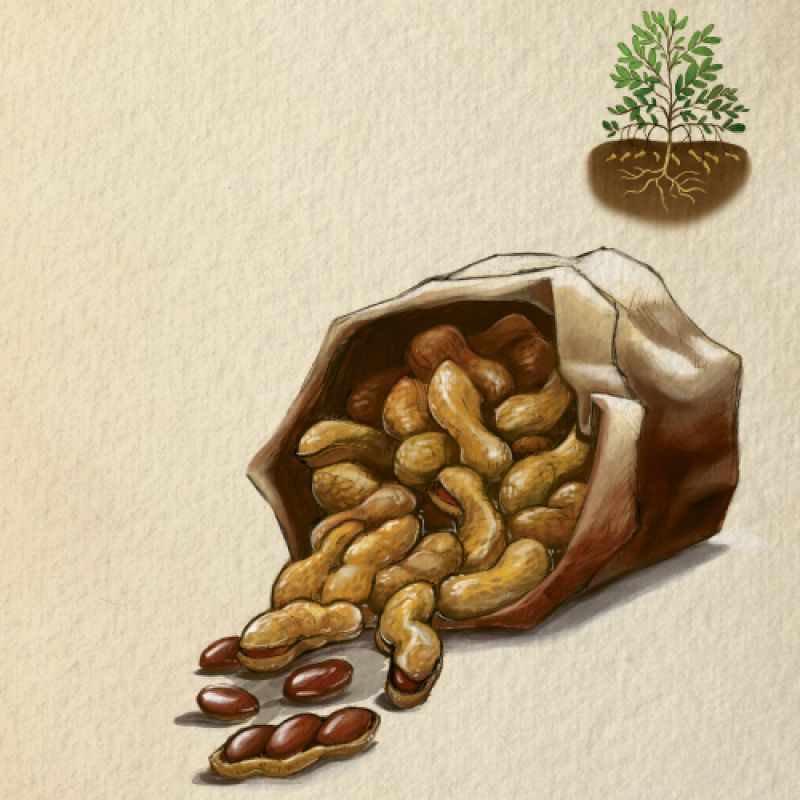 It might be said that a Lowcountry summer is made up of four major food groups: boiled shrimp, just-picked tomatoes, sweet iced tea, and notably, boiled peanuts. Whether served in a chilled silver bowl at a formal cocktail party or outside under the oaks on a rustic wooden table, this soft-shelled, deliciously salty, and unapologetically addictive snack is beloved here in the Lowcountry, where folks have been making it for centuries. Learn some fun facts to share with friends and family over your next tasty batch

Out of Africa Like other traditional Lowcountry delicacies, boiled peanuts can be traced back to Africa. The peanut plant was likely brought to American shores in the 18th century with the slave trade.

Salt of the Earth Also known as ”groundnuts,“ peanuts are like potatoes in that the fruit matures in the ground. The plant itself (a member of the legume family) resembles a bush bean—after the flowers have finished blooming, the stalks lengthen and turn downwards toward the earth, where the embryo peanuts bury themselves to enlarge and ripen.

Spice is Right Recipes abound and boiled peanuts can now be found spiced with new and exciting seasonings. Try experimenting with your own using Old Bay, Cajun seasoning, or chili powder.

Easy Cooking To make the snack, place several pounds of green peanuts (fresh, uncooked peanuts that have not been dehydrated or roasted) in a large pot, cover completely with water, and add table salt (try a half-cup per gallon of water, depending on taste). Bring to a rolling boil, turn the heat to low, and let the peanuts simmer for about three hours.

Who Said It First Even our colloquial words for peanuts hearken back to Africa. In the Bantu language, the word for peanut is nguba, giving rise to our ”goober.“ Another of our peanut nicknames, “pindar,” comes from the Angolan word for peanut, mpinda.

In The Bag Starting in the late 19th century, boiled peanuts were traditionally sold by African-American street vendors at the City Market and along the Battery for a nickel per small paper bag. Today, individual servings are still available at the Market and at roadside stands and grocery stores.

Snack Attack Boiled peanuts are such a favorite that in 2006, they were named the official snack food of South Carolina by then-Governor Mark Sanford.